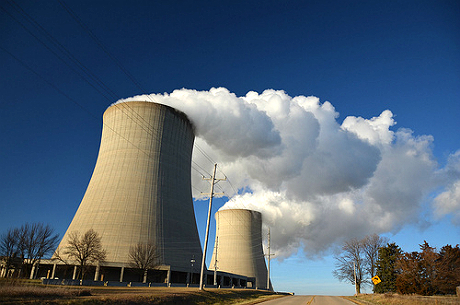 Illinois House leaders Friday filed a resolution urging federal and state agencies to adopt policies and rules that would enhance the competitiveness of Exelon Corp.’s nuclear fleet in the name of preserving thousands of Illinois jobs and millions of dollars in taxes paid annually to the state.

The resolution, scheduled for a hearing before the House Environment Committee today, is the latest signal that the financial health of Exelon’s six nuclear plants in its home state is going to loom large as state agencies craft a plan to meet carbon standards for existing power plants to be issued by U.S. EPA in a week.

“It’s increasingly likely that the Legislature is going to deal with this issue,” said David Kolata, executive director of the Citizens Utility Board, a Chicago-based consumer advocacy group.

“What we would like to see here is a comprehensive discussion of the least-cost way to meet the carbon rules,” he said. “What we wouldn’t want to see is a bailout that sticks consumers with all the risks of markets.”

Exelon officials have been emphatic in presentations to elected officials, industry groups and Wall Street in recent months that the company’s 11 nuclear plants — six of which are in the company’s home state — should get more credit for the role they play in providing reliable, carbon-free electricity.

The resolution, H.R. 1146, filed Friday by House Speaker Michael Madigan, raises many of the same points. Also signing on as chief co-sponsors of the measure are House Republican Leader Jim Durkin and Democratic Reps. Sue Scherer and Mike Smiddy.

The Clinton and Quad Cities nuclear plants are two of three Illinois plants identified by Exelon executives and lobbyists as those that may face possible closure if their financial performance doesn’t improve.

Christopher Crane, Exelon’s chief executive, told analysts and investors earlier this year that the company could choose by the end of the year to close nuclear plants if it doesn’t see “a path to sustainable profits” (EnergyWire, Feb. 7).

Crane more recently reiterated that the company wouldn’t ask for any type of state bailout for the plants in Illinois. But he and other Exelon officials have met with Madigan and other key legislative leaders this spring to brief them on the issue.

The meeting led Madigan, the longtime Illinois House speaker, to issue a statement two weeks ago announcing that Exelon had provided assurances it would continue to operate the Quad Cities and Clinton plants for at least the next 12 months.

Exelon has said its nuclear fleet is being hurt by weak wholesale power prices; more specifically, competition from wind- and natural-gas-fired generation. The company said part of the reason is that the plants aren’t rewarded under current markets and policies for their ability to run almost continuously and carbon-free.

Wherever the discussion goes from here, it will almost certainly be in the context of the Obama administration’s proposed rules for regulating carbon dioxide emissions from existing power plants.

The proposed standards are expected Monday, and EPA officials have promised they will provide states with flexibility to develop their own implementation plans.

The House resolution specifically urges the Illinois Commerce Commission to prepare a report examining the ability of the state and grid operators to enhance transmission of nuclear power to other states, as well as identify the rate impacts of early closure of nuclear plants.

It also recommends that the Illinois EPA prepare a report showing the effect that nuclear closures in Illinois would have on greenhouse gas emissions in the state.

Environmental and renewable energy advocates fear that any measure to help Exelon’s nuclear plants could come at the expense of energy efficiency and wind and solar power.