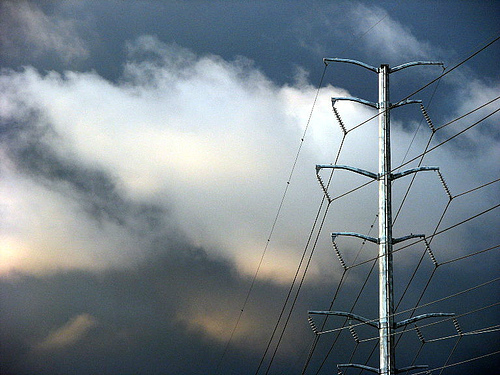 While one Missouri utility is “over-performing” on energy efficiency, an agreement this week will help another of the state’s major utilities get caught up.

After years of negotiations with  environmental advocates and state regulators, Kansas City Power & Light has agreed to an expanded suite of efficiency measures it will offer to its Missouri customers.

The Missouri Public Service Commission still must approve the plan, which is expected to save the electricity typically used by 5,000 Missouri households over 18 months.

“Sometimes persistence pays off,” remarked Holly Bender, deputy director of the Sierra Club’s Beyond Coal campaign. She called the new initiative a “huge, huge victory” that likely will mean less coal-burning in this heavily coal-dependent state.

“And it means hundreds of millions of dollars in savings to customers,” Bender said.

The agreement comes as another utility, Ameren Missouri, reports energy savings well in excess of its goals, with estimated long-term savings of $3.61 for every $1 invested.

The KCP&L plan has its roots in a 2007 agreement in which the Sierra Club offered to stop contesting a new coal-fired plant, provided KCP&L would make substantial investments in renewables and energy efficiency by the end of 2012.

In mid-2013, because the utility was “far short of meeting its commitments,” Bender said the parties began discussions about how it could meet them. The 2007 agreement called for the utility to produce 400 megawatts through new wind generation and to reduce consumption by 300 megawatts through efficiency measures. The utility is developing the wind farms now. Bender said it’s still to be determined whether the proposed efficiency measures would meet the 300-megawatt threshold.

Nonetheless, she said, the new initiatives should enable “the accelerated retirement of plants already slated for retirement. This utility is now poised to have significant reductions in carbon emissions.”

Although clean-energy advocates are heralding this as a way to displace some coal, KCP&L director of communications Katie McDonald said the utility “has not said this will lead us to reduce our coal dependence. If we can rely on efficiency, then we would not be relying as much on coal.” She pointed out, however, that it takes years to build efficiency into a “dependable generation source.”

The agreement calls for KCP&L to offer rebates to customers who invest in more-efficient lighting, air conditioners and appliances, for example. The benefits, basically the same ones now available to customers of Kansas City Power & Light’s sister utility, KCP&L-Greater Missouri Operations (GMO), do not apply to any structural improvements, according to McDonald. They are to take effect sometime in July.

Over the next 18 months, the plan anticipates cutting energy use by 103,000 megawatt hours (MWh), enough to power about 5,000 typical households over the next 18 months. The plan also calls for changes to GMO’s efficiency program that likely would reduce demand by 25,000 MWh by the end of 2015.

“We always heard that KCP&L was interested in efficiency,” Bender said. “But their actions never matched their words.”

McDonald said that KCP&L didn’t pursue a broader efficiency program because it did not foresee growth in demand – until recently.

Energy consumption during the first quarter of this year was 1.7 percent higher than it was a year earlier. Housing construction is picking up, she said, and “we know more businesses are coming to Kansas City. We’ve found that in coming years, we will need additional resources. It makes sense now to introduce these programs.”

Bender said she thinks that KCP&L may finally have embraced the idea that efficiency – and the resulting reduction in sales of power – can pay off for utilities. In 2009, the Missouri General Assembly passed the Missouri Energy Efficiency Investment Act (MEEIA). It doesn’t require utilities to pursue efficiency, but allows them to earn a return on money they spend encouraging consumers to make investments aimed at reducing their use of power. It holds out an incentive payment that gets bigger as energy savings increase.

And in fact, McDonald said that KCP&L expects the new efficiency program “to earn a return comparable to what we would earn on any other generation source.”

Missouri’s two other largest public utilities, Ameren and GMO, began offering efficiency benefits under the MEEIA umbrella in 2012. Ameren just reported results that are “under budget and over-performing,” said P.J. Wilson, with Renew Missouri, one of the organizations involved in nudging KCP&L to move ahead on efficiency.

An independent analysis concluded that Ameren’s 1.2 million Missouri customers cut power use in 2013 by about 390,000 megawatt hours, which is nearly 50 percent above the goal that the utility set for itself. According to Ameren, it equals the annual usage of about 30,000 typical homes in its Missouri service territory.

Dave Weiskopf, a sustainable-energy fellow in the Chicago office of the Natural Resources Defense Council, believes that KCP&L’s move could boost efficiency overall in Missouri.

“This will double KCP&L’s investment in efficiency,” he said. “This is the most aggressive program yet that’s been proposed in Missouri.”

This summer, Wilson said, the utilities, clean-energy advocates and others will be discussing ways to make further improvements in efficiency programs in Missouri. Now, they operate on different time frames, offer different benefits, and report on their programs in different ways.

Wilson, of Renew Missouri, said, “There are a lot of discrepancies,” making it difficult to compare one utility’s program and performance to another’s.

He hopes that now that all of the major utilities are on the efficiency bandwagon, that they can aim higher.

“We feel really good about what they are doing now,” he said, adding that the question for the future is, “Are they doing everything they could be doing?