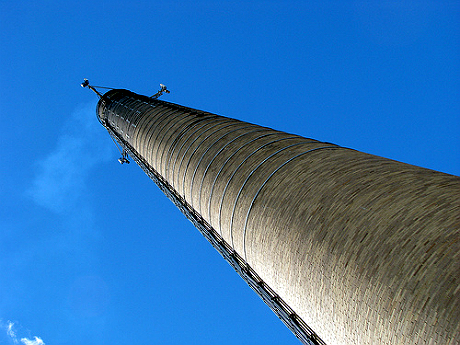 (Photo by Even Regis via Creative Commons)

As U.S. EPA crafted Monday’s proposal to limit greenhouse gas emissions from existing power plants, the agency was asked by environmentalists to use a model that would incorporate both “systemwide” reductions and those that can be achieved at individual plants, while industry advocates warned that such an approach would be challenged in court.

But rather than assigning states rate-based reduction targets based on their current mix of fossil fuels power plants — as the Natural Resources Defense Council urged the EPA to do in 2012 — the agency relies on a thorough analysis of emissions reductions opportunities that each state is deemed to have still at its disposal. These targets would result in a 30 percent reduction nationwide in utility-sector CO2 compared with 2005 levels by 2030.

The proposal assigns states both “interim” and “final” targets, which they would be required to meet through cuts resulting from heat rate improvements on site at individual fossil fuels power plants, shifts to lower-carbon generation and demand-side reductions. The interim goal would be due by 2020 and the final by 2030.

These targets vary widely from state to state. For example, Texas is asked to reduce its emissions to 853 pounds per megawatt hour by an interim date, ratcheting them down to 791 per MWh by 2030. States would be allowed to count reductions made in the past toward the interim goal. But state baselines would vary and not all of them would be based on 2005 levels, the EPA said.

In her rollout of the rule, EPA Administrator Gina McCarthy said the proposal would take advantage of reduction opportunities that states are already finding, from “plant to plug.”

Speaking at EPA headquarters in Washington, D.C., McCarthy said there would continue to be a role for fossil fuels in a “diverse national energy mix.”

But she said that in crafting their plans, states would “have the opportunity to shift their reliance to more efficient, less polluting plants.” This could mean lower carbon sources, like gas instead of coal, or no carbon sources “like nuclear, wind, and solar,” she said.

“Those are all opportunities at plants, but what about at the plug?” McCarthy asked. She said the proposal would drive greater demand-side energy efficiency, reducing carbon emissions in the process.

The rule designates four “building blocks” that states are asked to draw from as they write their implementation plans for the draft rule. These include improvements to carbon intensity at individual plants, shifting baseload generation toward less emitting plants, new investment in low- and no-carbon generation, and demand-side efficiency.

In her remarks, McCarthy offered a rebuttal to fossil fuels advocates’ claims that the proposal would undermine affordability and reliability of energy supply.

“They’re wrong,” she said. While the rule might result in a temporary, minor increase in electric prices to pay for some new investments, she said, they would be “within normal fluctuations the power sector already deals with.”

Critics have also charged the rule would undermine reliability by forcing the early retirement of coal plants before the end of their useful lives, driving up natural gas costs and possibly leading to power shortages during cold spells like last winter’s polar vortex.

But McCarthy dismissed this. “I’m tired of people pointing to the Polar Vortex as a reason not to act on climate. It’s exactly the opposite. Climate change heightens risks from extreme cold that freezes power grids, superstorms that drown power plants and heat waves that stress power supplies,” she said.

As President Obama did over the weekend, McCarthy played up the link between climate change and public health, arguing that more hot days contribute to ozone levels that drive asthma attacks and other respiratory ailments. The message will be reiterated this afternoon when the president participates in a call with the American Lung Association and other public health groups.

The administrator emphasized the cost of inaction on climate change, which she said would be borne by average Americans.

“This is not just about disappearing polar bears or melting ice caps,” she said. “This is about protecting our health and our homes.”

Hundreds of attendants including heavy hitters from the environmental community, White House and EPA officials were on hand for McCarthy’s speech. McCarthy was greeted with standing ovations and applause from the crowd as she laid out the new policy.

‘A longstanding partnership with states’

The EPA’s proposal was lauded by environmentalists and drew the expected criticisms from industry sources who have long said it could carry grave consequences for the economy (see related story).

NRDC’s David Hawkins was very positive about the proposal, which for the first time would limit CO2 from a sector responsible for 40 percent of U.S. emissions. But Hawkins said the EPA based its draft on “a cautious estimate of the minimum amounts of improvement that can be achieved by demand-side efficiency and renewables.”

“We look forward to showing how a more ambitious assessment should be the basis of the final rule,” he said.

Moran said the rule goes “as far as you can go and still have it achievable.” The congressman, who has served as ranking Democrat on the House subpanel responsible for funding the EPA, said, “It is something of a compromise in terms of the flexibility it grants, but I think it’s pragmatic. It’s extraordinarily important. It’s historic, really.”

Like Monday’s proposal, the NRDC draft would have allowed and required states to tap demand- and supply-side reductions to meet the targets. But the 30 percent compared to 2005 target is lower than NRDC contemplated — the environmental group has estimated its draft would result in 35 percent reductions compared with 2005 by 2020.

It also falls short of proposals by the Clean Air Task Force and other environmental advocacy groups.

But Conrad Schneider, advocacy director at CATF, said that the agency’s proposal was obviously carefully crafted.

“Gina McCarthy said early on that they were going to use the foundation of what states had been doing as a guide,” he said. “They really took that seriously.”

McCarthy, for her part, said in her remarks that the EPA “has had a longstanding partnership with states to protect public health.”

“We set goals, and states are in the driver’s seat to meet them,” she added.