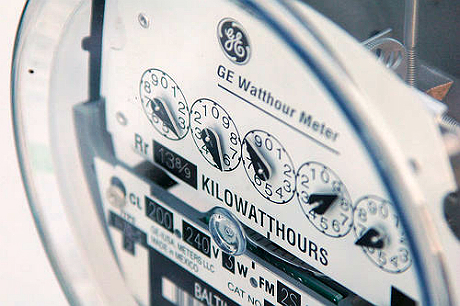 The term “feeding the meter” just took on a new definition in Kansas, where Westar Energy Inc. has won regulatory approval to offer prepaid electric service on a limited basis.

The Kansas Corporation Commission approved a pilot program for up to 1,000 of the utility’s customers after the state’s consumer advocate negotiated additional consumer protections.

Prepaid electric service isn’t new, but it’s still rare among investor-owned utilities. So far it’s been mostly limited to electric cooperatives and municipal utilities that fall outside the scope of state regulators. Such programs have generally been criticized by consumer advocates for providing little if any benefit while often costing customers more money in the long run and targeting low-income groups.

Topeka-based Westar, which plans to market the offering as “pay as you go” service, said it proposed the pilot as a way to offer customers a choice and leverage the investment in advanced meters.

Westar, Kansas’ largest electric utility with 700,000 customers scattered across the eastern half of the state, sees prepaid service as another menu option for customers, specifically those who would rather pay more frequent smaller amounts and “avoid the surprise of an unexpected bill.”

Prepaying for service also eliminates the need for customers to pay security deposits that equal as much as two months of electric service.

Kansas’ main consumer advocate in utility matters, the Citizens’ Utility Ratepayer Board, opposed the prepaid service proposal but later negotiated a settlement with the utility that provides some additional consumer safeguards.

Under terms negotiated by CURB and approved by regulators, so-called Life Support customers — those with balances over $750 — are ineligible; participation among customers with past due balances is limited to 250 enrollees; the costs associated with disconnection are waived and reconnect fees were reduced to $5; and customers facing disconnection receive 72 hours’ notice.

David Springe, the board’s consumer counsel, said the prepay program could be useful for college students in Lawrence, home to the University of Kansas, but he still has concerns about whether it will benefit customers.

“I think Westar gets what the concerns are,” he said. “But we’ll do the experiment, and we’ll see what we learn.

“The big concern is that it is used to isolate service options for customers that are struggling to pay their bills.”

John Howat, policy analyst at the National Consumer Law Center in Boston, has tracked prepay programs across the country and said that’s exactly what often happens.

“There’s overwhelming evidence that the predominant participants in prepay programs are low income or struggling financially,” he said.

Customers who lose their jobs or are struggling financially are naturally going to be drawn to prepaid service if it means they can avoid a $200 deposit. But in the end, additional monthly fees and payment processing fees cost more in the long run and become the equivalent of a de factor rate increase, he said.

“The reality is customers end up paying considerably more for service,” he said.

The law center is among the consumer advocates asking the Texas Public Utility Commission to investigate one energy supplier’s prepay program for deceptive marketing and discriminating against customers on the basis of income.

In the case of Westar, prepay customers will pay a $4-a-month service fee to compensate a third party that will administer the program. And the utility charges a $2.95 fee for all credit and debit card transactions, so consumers who reload their account weekly for budgeting purposes could end up paying an additional $12 a month.

In approving the prepay pilot, the KCC also waived certain billing standards, including a requirement that the utility “attempt to make personal contact with the customer.”

The agreement also waives the requirement during the Cold Weather Rule period that customers facing disconnection receive a mailed notice 10 days in advance.

The agreement also calls for Westar to work with KCC staff and CURB to develop data tracking and reporting protocols to assess the results of the prepay pilot, which became immediately available and is expected to run for about two years so that enough data can be gathered to decide whether to extend it.

Westar believes the program will be well-received and says data gathered from other electricity providers that do offer such programs have benefited from customer satisfaction scores.

DEFG LLC, a consultant used by Westar in evaluating the prepay service option, said a survey in late 2013 showed consumers are increasingly interested in prepaid electric service as an option and linked such programs with increased energy savings.

But critics say it’s dubious at best to correlate prepaid energy savings with more proven energy efficiency programs that achieve savings by means other than the threat of disconnection.

“There’s a health and safety aspect to this that’s very real,” Howat said.