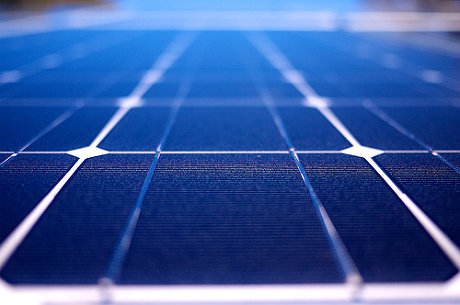 While a Michigan utility says cost concerns are preventing it from expanding its solar program, a draft report from state regulators says it could do so without noticeably affecting electric rates.

On June 10, Michigan Public Service Commission staff released the first draft of a report from the commission’s Solar Working Group that offered scenarios in which the state’s two largest investor-owned utilities could expand their solar programs without a spike in customers’ monthly bills.

A spokesman for Detroit-based DTE Energy said following the report that the utility is not interested in expanding incentives for residential customers who choose to install solar projects.

“Of course we support the continued development of renewable energy in Michigan, but we want renewable energy policies developed that are cost effective and fair for all of our customers,” said DTE spokesman Scott Simons. “We know that solar is expensive, and more expensive than wind, for example, which is why solar is only 2 percent of our overall energy portfolio. The bottom line is: We oppose extending any subsidies for solar.”

The utilities plan to file a formal response to the 45-page draft report before a final version is published on June 30.

While the MPSC report did not make specific policy recommendations, it offered scenarios in which DTE and Consumers could expand programs that encourage residential solar installations. One option sticks with the state’s current net metering program; a second considers a value of solar model; and a third is a combination of the two. Each scenario would pay customers 15 cents per kilowatt hour produced, resulting in a 10-year return on investment.

DTE’s position — that expanding solar incentives for residential customers will lead to increased rates for those who don’t invest in it — is at odds with conclusions drawn by solar advocates and MPSC staff who participated in the Solar Working Group.

Julie Baldwin, renewable energy section manager for the MPSC, said it’s the staff’s “hope” that the utilities would come away from the working group “finding value and would voluntarily file to put some kind of program in place.”

The working group was organized by the MPSC as both utilities’ solar pilot programs were set to expire despite strong interest among customers to participate. A main complaint that surfaced during the months-long process was how participation in the pilot programs was based on a lottery system.

“I think if we were to do net metering, plus a small incentive option, I think it’s possible that it can be done with very little impact on rates,” Baldwin said.

A Consumers Energy spokesman said solar will make up at least part of the utility’s renewable portfolio going forward.

“Consumers Energy supports renewable energy and is Michigan’s leading supplier of renewable energy,” spokesman Brian Wheeler said in a statement. “Our plans for the future include the addition of energy from renewable sources such as wind, solar and anaerobic digesters. We took part in a healthy conversation about options for solar energy, and we will look carefully at the options laid out in this report. We are committed to delivering power in a sustainable way for our state, while also being mindful of the public’s expectations that we do so reliably and affordably.”

Both utilities until recently also collected fees from a renewable energy surcharge (the commission just approved eliminating Consumers,’ DTE’s is still in place) that goes to investing in renewable sources of power. Baldwin said that could be another option for DTE to expand its solar program.

“With the amount of funds already collected and the dramatic cost decrease of wind energy, increasing renewable energy costs to fund solar programs may not result in an increased renewable energy surcharge for Consumers or DTE,” the report says.

“It appears that there’s likely some available money already collected that could be used for solar if the utility and the commission decides that’s a good way to go,” Baldwin said.

Simons said DTE’s plan is to use the renewable surcharge for additional wind development.

Jim Dulzo, senior energy policy specialist with the Michigan Land Use Institute, said it “seems to be an open and shut case” that DTE and Consumers can expand their solar programs without significantly affecting rates.

He wrote on the Michigan Land Use Institute’s website following the report: “While MPSC staff cannot legally, at this point, order the utilities to adopt any of the options listed in the report for developing more rooftop solar, a careful reading reveals that the agency sees little, if any, technical or financial reason preventing the state’s two biggest monopolies from doing so.”

And Michigan is lagging behind its Midwest neighbors, he added: “Minnesota, Wisconsin, Illinois, Indiana, and Ohio have each installed more solar power than Michigan’s current grand total.”

In addition to evaluating what the utilities could do to offer more solar, the report examined how the state can determine a value of solar model and how to expand community solar projects.

“One goal of the VOS is to determine a price for customer or third-party community solar-generated electricity that does not result in ratepayer cross-subsidization,” the report notes.

“The methodology that Austin Energy and Minnesota uses requires forecasts going out 25 to 30 years for natural gas prices. … At the commission, we don’t really have access to those price forecasts,” she said. Baldwin added that going forward with a value of solar calculation is “most likely going to have to be part of a contested case proceeding” by one of the utilities.

Dulzo called determining the value of solar here “vague” because the calculations that Baldwin referenced have not been done.

Ultimately, the Solar Working Group “did not reach consensus on how each component should be calculated” in determining the value of solar, the report says.

While he recognizes DTE’s focus on wind development, wind and solar ought to complement each other as part of the utility’s entire portfolio, Dulzo said.

“It makes sense to have both hooked up to the grid,” Dulzo said. “You have to look at the whole system. The goal is to diversify Michigan’s energy supply. If you look at the broad picture, solar very much deserves to part of it for a whole bunch of reasons.”