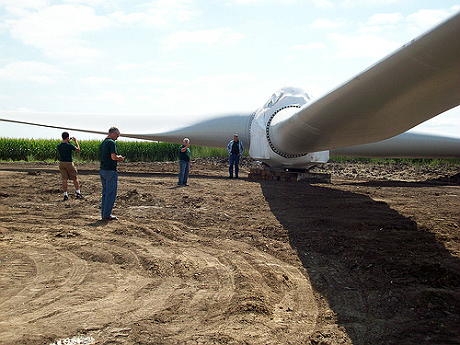 A policymaking storm is brewing in Michigan as state officials and lawmakers simultaneously devise a plan to comply with proposed federal carbon rules and also revisit the state’s Renewable Portfolio Standard that expires next year.

It appears regulatory officials and lawmakers are attacking the two issues separately — the Department of Environmental Quality recently appointed an official to lead the process of complying with President Obama’s rules; meanwhile, the chairman of the Senate Energy and Technology Committee has a task force studying a new RPS.

Somewhere in the middle will likely be a debate over ramping up renewable energy production and considering other non-renewable power sources to lower emissions. Michigan may have the added benefit of tackling the two issues at the same time, as each process could inform the other.

But while renewable energy advocates may be hopeful that the emissions rules will prompt a more aggressive RPS (Michigan is on pace to meet its 10 percent goal by 2015), the Republican energy committee chairmen from both chambers are expressing interest in redefining “renewable” in order to hit emission reduction goals.

‘You don’t know the future’

State Sen. Mike Nofs, a Republican from the state’s 19th District southwest of Lansing, says he’s even entertaining taking a renewable percentage off the table, instead meeting emissions targets with newly defined “clean energy” sources, which he says includes natural gas. Doing so would mean amending Public Act 295 of 2008, which defines the state’s RPS.

“What I’m looking at is expanding and allowing” PA 295 to include more forms of energy, “because you don’t know the future,” Nofs said. “Instead of ‘renewable,’ it’d be ‘clean.’ … You don’t have to have an RPS, you could just have a clean energy standard that would qualify.”

An amended law, he said, might just regulate emissions, rather than require renewables.

“We’re going to put that out there,” Nofs said, when asked whether a new RPS percentage may be eliminated entirely. “We have a lot of experts in the room. I’d like to flesh that out. … Everyone is fixed on a number. I’m trying to get off that.”

When asked about possible objections to his ideas, Nofs said, “Oh yea, I’m expecting it, believe me. I think that’s good.”

Meanwhile, preliminary results from the University of Michigan’s Energy Institute — where researchers are studying how the state can increase renewables to comply with federal rules — show what kind of commitment it might take.

“Given that the EPA’s proposed rules for reducing CO2 from existing power plants could be met by increasing renewable generation, a more ambitious RPS could fulfill much of Michigan’s obligations for emissions reductions,” University of Michigan researcher Jeremiah Johnson writes for the institute.

Preliminary results Johnson shared in an interview with Midwest Energy News show a 25 percent RPS by 2025 would reduce carbon dioxide emissions by 15 percent. A more ambitious 40 percent in that timeframe means a 28 percent reduction.

Michigan’s target cut under proposed EPA rules is 36 percent by 2030. Johnson said a final report will be published in August.

As one of four pillars by which states can meet the emissions standards, “The renewable energy portion is one that could certainly meet a lot of that need,” Johnson said.

“An expanded RPS could meet some or all of emissions reductions goals. I think there’s still a lot of untapped renewable energy potential. … There certainly will be some portion of meeting the regulations that’s most cost effective with renewables. The question is how much.”

In other words, the more ambitious a revised RPS, the easier it would be for the state to comply with CO2 rules.

Mark Schauer, the 2014 Democratic gubernatorial candidate, said in an email recently he’d like to raise the RPS to 30 percent by 2035.

“This will create thousands of good manufacturing and construction jobs, and reduce our dependence on foreign oil,” he wrote.

Gov. Rick Snyder, whose office did not respond to requests for comment, has said that based on studies done by the Michigan Public Service Commission and the Michigan Energy Office that the state could get an increased share of its energy from renewable sources by 2025. His Energy Task Force found that the state could meet “RPS targets of as much as 30 percent (or perhaps even higher) from resources located within the state.”

Findings from the task force last year came after a failed 2012 ballot initiative that would have amended the state constitution to require 25 percent by 2025.

‘A challenge to overcome’

David Holtz, chairman of the Michigan chapter of the Sierra Club, said recently that “it’s good politics to have a substantial reduction in CO2 emissions.” The RPS, he added, “needs to be updated or we will fall behind.”

Holtz referred to starting with broad goals of “keeping fossil fuels in the ground,” which obviously conflicts with Nofs’ vision.

“We’re at a point where we’d love to see all fossil fuels int he ground. One hundred percent reliable, renewable over the next 20 to 30 years.” For now, though, he said the organization isn’t quite at a number.

“But one thing this EPA rule does is it begins focusing attention on specifics” for a new RPS, he said. “It’s a tremendous impetus to specifics.”

Nofs’ ideas may bring to mind for groups like the Sierra Club the recent freeze of renewable standards in Ohio. While Holtz acknowledges “there is certainly a base within a part of the Legislature that would support taking us back,” he’s confident that Michigan has a “strong base of support” for renewable energy in the manufacturing sector, fueled by the state’s decline in auto manufacturing: “There is now a constituency within the business community for clean energy.”

Irwin said a “number isn’t the only thing I’m looking at. I just want to make sure we do everything we can to promote renewables and clean energy development in Michigan.”

Irwin is part of a group of legislators focused on small-scale renewable development that can be done on a residential level.

“The real benefit to Michigan’s future is a sort of distributed, small-scale generation that makes us more economically and otherwise secure,” he said. But renewables, in comparison to natural gas, have much less price volatility. “I’m of the mind that renewables have this tremendous benefit of locking in a price right now that stays constant.”

But, given findings like Johnson’s, Irwin agrees that the new federal rules “punctuate the need for a greater RPS. What we’re up against is many of the decision makers just fundamentally are not on board with this idea that burning fossil fuels and emitting carbon dioxide is a problem. That’s an issue that’s a challenge to overcome.”