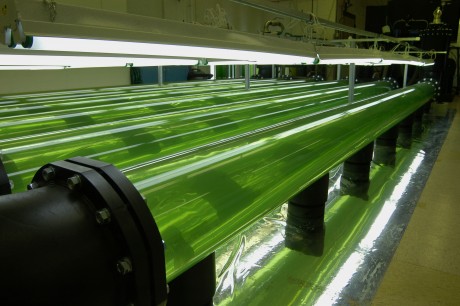 The University of Dayton is divesting interests in coal and other fossil fuel companies from its $670 million investment portfolio.

The move by Ohio’s largest Catholic university is one of the latest steps in a growing movement to use divestment as a way to address climate change and promote social justice.

To implement the new policy, the University is first divesting its domestic holdings in large coal and fossil fuel companies. After that, it will unload various foreign investments and then restrict future investments in private equity or hedge funds involving fossil fuels.

“For us it really is a university commitment around environmental sustainability, human rights, and our religious mission,” explained University of Dayton President Daniel J. Curran.

At first the committee was split about whether to pursue divestment.

“Certainly we want to live up to our mission,” Curran said. “But as a committee of our board of trustees, we have a fiduciary responsibility to make sure that we weren’t cheating the future by a bad decision right now.”

The group met with multiple consultants over the course of several months. “We really started to dissect the portfolio,” Curran said.

One question was how broad a divestment policy should be.

The policy is “not a blanket vilification of the energy industry,” Curran stressed, adding that some companies are “doing some very good things.”

Instead of including every company involved with fossil fuels, the investment committee focused on approximately 200 companies, including many on a list known as the Carbon Tracker 200. First developed by the British organization Carbon Tracker, the list refers to the top 200 companies in the oil, gas and coal industries based on estimated carbon reserves and other factors.

Analysis showed that a decision to divest from those big companies would affect around $34 million of investments. That comes to a little less than 5 percent of the University of Dayton’s total investment pool.

“The nature of our portfolio probably made it a less challenging situation for us than other institutions,” Curran said. The University could readily replace those investments with others, perhaps in “green investment or sustainability technology.”

“We cannot ignore the negative consequences of climate change, which disproportionately impact the world’s most vulnerable people.”

Evidence of climate change’s probable impacts on developing nations and vulnerable populations are outlined in the Intergovernmental Panel on Climate Change’s Fifth Assessment Report on Impacts, Adaptation and Vulnerability, released earlier this year.

The University of Dayton is apparently the first of the country’s large Catholic universities to decide to divest. However, it’s not the first Catholic institution to speak out.

This spring, both Pope Francis and the U.S. Conference of Catholic Bishops called for action to address climate change.

The University of Dayton’s divestment decision meshes with its academic mission too.

The University conducts extensive research and offers graduate degrees in renewable energy and clean energy. It also offers a minor in sustainability, energy and the environment.

So far, student and faculty response to the divestment decision has been very positive, Curran said, while response from alumni has been “split.” But, Curran added, “It’s nothing we didn’t expect.”

Prior to the University of Dayton’s announcement, Stanford University, Union Theological Seminary and a variety of other colleges and universities had already committed to divest from fossil fuel companies.

“Colleges and universities both educate future generations that will need to deal with the impacts of climate change and are leaders in investing,” said Jay Carmona, National Divestment Campaign Manager for 350.org.

“Divestment is about creating political space for policy to address climate change, and it’s also about transitioning the economy away from fossil fuels and into clean and just solutions to the climate crisis,” Carmona said. “The truth is, we have the solutions necessary to address the climate crisis, but every year the fossil fuel industry spends millions to block that change and to misinform the public. It’s time to make those companies obsolete by taking them on in the economic space, and weakening their power in the political space.”

Curran concedes that some might see the University of Dayton’s decision to divest $34 million of its holdings as “symbolic” when compared to the trillions of dollars involved in the fossil fuel industries.

“But many social [movements] are started through symbolic actions,” Curran stressed, noting the environmental and human rights concerns linked to fossil fuel industries.

For the University of Dayton, he said, “This was the way to go.”

350.org is a member of RE-AMP, which publishes Midwest Energy News.