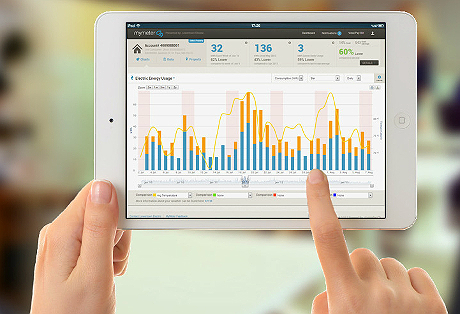 As utilities seek to cut energy use, one of the tactics they’re employing is encouraging customers to modify their habits.

And while data is limited on how effective these so-called “behavior” programs are, some recent reports show promising results.

Four rural electric co-ops in Minnesota, for instance, were able to reduce demand in 2013 between 1.8 and 2.8 percent using MyMeter — a program that gives utility customers more detailed information about their energy use.

While the results trended slightly higher than those of two other carefully-evaluated programs in Massachusetts, their importance goes beyond that. More significant, according to an expert in behavioral energy-saving programs, is the fact that the report adds to the very limited reliable data about the effectiveness of behavioral strategies.

“The more data we have at a large scale, the more interested utilities are in using (behavioral strategies),” said Susan Mazur-Stommen, the director of behavior and human dimensions research for the American Council for an Energy-Efficient Economy. She wrote a “field guide” to behavioral energy-saving programs that was published in December.

An independent evaluation firm, Illume Advising, verified the results of the MyMeter software and communications product which was used by the four co-ops. Mazur-Stommen called Illume Advising “tops, in terms of evaluation.”

The Minnesota Department of Commerce then accepted the results and allowed the four co-ops to count the energy savings towards state-mandated goals.

The behavioral approach works by providing customers with feedback about their energy use, and it is “definitely growing,” Mazur-Stommen said. “It’s getting hotter every year.”

But further growth, she said, is largely tied to reliable data on past performance. That’s where the latest findings on MyMeter enter the picture.

“Behavioral programs that can do that are very rare,” she said. “This joins a rare echelon of winners.”

Behavioral programs rely on smart meters that allow electrical utilities to tell their customers with increasing detail exactly when they are using electricity. The data typically are accessed on a website or smartphone app.

While a typical utility bill only calculates usage over a 30-day period, the opt-in MyMeter program allows users to log into a Web site and view their usage in 15-minute increments as soon as four hours after the fact. It also charts the daily temperature and offers the customers the option of:

• Setting an energy-saving goal and following progress towards it
• Tracking major changes in household energy use due to, say, purchase of a new appliance
• Notification from the utility of a peak in demand for electricity (power often costs more per kilowatt hour during peak periods)
• Establishing an energy threshold – like 10 percent above consumption one year ago – and signing up for alerts when the threshold is passed.
• Comparing usage to one’s own history, and to people nearby

Accelerated Innovations, the St. Paul company that distributes MyMeter, is working on providing even more immediate feedback. It is now running a pilot in India that allows people to log onto a website and see how much power they are using at that moment, even how much each electrical appliance is using.

MyMeter’s inventor, Josh Headlee, created the program to respond to customer complaints and questions. More recently, it became apparent that the software and communications program could serve another function.

“Now it can help utilities that have to meet an efficiency mandate,” said Mark Brown, the company’s chief operating officer.

Accelerated Innovations is working with about 30 utilities, many of them in Minnesota but a few as far away as Texas and Hawaii. Headlee, the company’s founder and CEO, said he’s signed a deal to provide his program to a large utility in North Carolina to use with commercial energy customers.

“It’s going to be a game-changer for us in terms of size,” he said. “Hopefully we can take this to millions of customers.”

The past year’s experience at the four Minnesota power co-ops made clear that reductions in electricity use are greatest among two groups: people who used the most power at the outset, and those who were most “engaged,” as indicated by how often, and for how many months, they logged into the MyMeter Web site.

“Passive” users who received alerts but didn’t log into the Web site to know the details of their use, cut consumption by about 2.25 percent. Customers who engaged actively with the Web site for at least six months reduced their consumption by 4.09 percent.

For example, a customer at one of the Minnesota co-ops was able to diagnose a malfunctioning water pump after questioning the large bill for a cabin they visited only occasionally.

In addition, the evaluation revealed that reduced energy use to a large extent persisted – persistence being a bugaboo of the behavioral approach. According to the evaluation, average energy savings were 2.27 percent among customers who used the system for one or two years, and fell slightly to 1.88 percent among those who used it for three years. Among customers of the Wright Hennepin power co-op, savings have largely persisted for the seven years of the program.

Purcell, the co-op’s customer-service supervisor, said MyMeter has opened up some new possibilities for her customers.

“The tools are there so that those who want to do something it, can.”