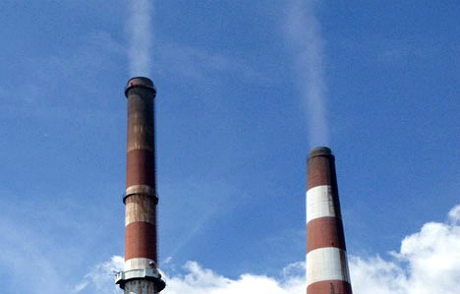 When Houston-based Dynegy Inc. bought the E.D. Edwards coal plant near Peoria, Illinois last year, Gary Hall was among many local residents who were not happy.

“This company comes in from Texas, buys plants like this so they can sell the stuff that’s in it and get out,” said Hall, a retired Caterpillar worker and member of UAW Local 974. “It’s like an old car, you get more money from the parts then selling the car. But what’s going to happen is those poor people, our brothers and sisters who work in there will end up with no jobs.”

There’s not necessarily a big market in used coal plant parts, but Hall’s overarching concern – that the plant will close and leave workers and the community high and dry – is a common one among local residents.

A report released by the Sierra Club and the Central Illinois Healthy Community Alliance on July 23 blasts Dynegy as a “risk-seeking company willing to walk away from communities” based on the way it has acquired, run and closed coal plants.

The Central Illinois Healthy Community Alliance is a group of local non-profit organizations including an NAACP branch and a League of Women Voters chapter. The alliance members would generally like to see the Edwards coal plant closed but they are demanding the company work with elected officials, unions and environmental groups to come up with an environmental and economic “responsible transition plan.”

Dynegy did not respond to a request for comment.

Among other things, the alliance wants the government and Dynegy to provide support for clean energy jobs in the immediate area, and to help plant workers too young to retire to move into such jobs.

“Dynegy should be coming to the table with environmentalists and trying to figure out a plan,” said Bob Jorgensen, a retired union schoolteacher still active in the labor movement.

“Maybe they could give some of the people early retirement, or continue their insurance. Maybe they could give them comp time to do training in the fields related to what they’re skilled at now. If they could encourage some wind, or building of the high efficiency utility lines, if you’re a steelworker those are great things to get into. Or geothermal – that’s positions for plumbers and pipefitters.”

State Senator Dave Koehler and state Rep. Jehan Gordon have been working with the Healthy Community Alliance and the Sierra Club to convene environmental and labor activists for discussions around the future of the Edwards coal plant. An environmental-labor task force officially launches in August, according to Sierra Club BeyondCoal organizer Kady McFadden.

On April 16, Koehler and Gordon along with environmental and energy groups hosted a hearing on clean energy possibilities for the area.

“My opinion is we need to do something to get some wind or solar energy in here and get jobs doing solar and wind for those people [at the coal plant]. With a little bit of training, they could work right into wind and solar energy.”

The report notes that wind and solar energy have created 20,000 jobs in Illinois since 2007 and the Clean Energy Trust predicts 9 percent Illinois clean energy job growth in 2014. In all Illinois hosts close to 100,000 clean energy jobs, including related to solar, wind, biofuels, advanced battery storage, smart meters and energy efficiency.

Dynegy owns nine coal plants in Illinois including the five it acquired from Ameren last year. E.D. Edwards, built in 1960, was part of the Ameren transfer. The company has not announced plans to close any Illinois plants.

McFadden said the alliance is demanding Dynegy share information about the future of the Edwards plant and other Illinois plants. They also want Dynegy to meet with elected officials and residents about possibilities for environmental testing and cleanup and ways to mitigate the economic effects of any plant closures.

McFadden said environmental and community leaders met with top Dynegy executives in summer 2013 as the Ameren acquisition was being negotiated, but they left with more questions than answers.

“We were saying, ‘You’re going to be our new neighbor, we’re interested in talking with you about the future of the plant,’” she said. “They were very clear in saying, ‘We make our decisions based on our shareholders – we’ll let you know when we decide what’s best for them.’”

The report cites several examples in alleging that Dynegy has hurt communities where its plants closed.

It says Dynegy failed to pay $17 million in property taxes in Newburgh, New York, after one of its subsidiaries declared bankruptcy and it auctioned off two coal plants in 2012. The report notes Dynegy had also sued the school district and the town, alleging that the company was being over-taxed and that its properties were over-valued. Two schools closed and other cuts were made because of the loss of tax dollars, the report says.

The report says the closing of Dynegy’s Vermilion Coal Plant near Oakwood, Illinois also meant a big loss of tax dollars. Meanwhile the report charges coal ash from storage pits at the Vermilion plant are leaking into the Vermilion River, Illinois’s only National Scenic River.

Ameren would have had to install pollution controls on the plants Dynegy took over, in keeping with a state agreement. Dynegy took ownership of the plants through a subsidiary, Illinois Power Holdings (IPH), releasing Dynegy from liability at the plants and also forcing IPH to raise funds on its own.

“Dynegy’s no-money-down acquisition of Ameren’s dirty coal fleet was structured to shift risk away from the company and to our communities,” the report charges. Critics said Dynegy planned to try to make money off the plants without investing in pollution controls. Dynegy officials said the acquisition would make Dynegy’s Illinois fleet healthier all around.

In December 2013, MarketWatch quoted Dynegy President and Chief Executive Officer Robert C. Flexon saying about the acquisition: “To date, we have identified synergies in excess of $75 million and we will continue to seek ways to further benefit from the increased scale of the combined fleet.”

With IPH unable to get adequate financing, Dynegy asked the Illinois Pollution Control Board for a variance allowing the company to delay installing sulfur dioxide controls on the plants. The board ultimately granted the waiver, though chairperson Deanna Glosser wrote a strident dissent.

In 2005, Dynegy had signed its own agreement with the state similar to the one binding the Ameren plants. Ironically Dynegy signed the agreement before Ameren or Midwest Generation – owner of two Chicago plants — putting pressure on the other companies to agree to install scrubbers for sulfur dioxide and other pollution controls.

Sulfur dioxide has localized effects, meaning neighbors of the plants could suffer disproportionately from the increased risk of asthma attacks and other health effects from elevated sulfur dioxide emissions. The report accuses Illinois regulators of “creating sacrifice zones” by granting Dynegy the variance.

Both Jorgensen and Hall think they see direct impacts from the Edwards plant in their communities. Jorgensen said that when he started teaching elementary school in 1971, few children had asthma.

“By the time I retired there was at least one kid in every class that would miss a day or miss two days, and come in with their note saying they had an asthma attack,” he said.

The report also alleges coal ash pits at Dynegy plants pollute groundwater and surface water, with carcinogens and other toxic compounds like mercury, arsenic, selenium, chromium and cadmium leaking into groundwater and rivers.

The report says the Edwards plant releases five million tons of waste water from coal ash pits each year into the Illinois River, which provides drinking water to Peoria. In all, the Illinois River gets over a billion gallons of waste water a day from Dynegy coal plants. The report notes that Dynegy’s Wood River, Vermilion and Havana coal plants have ash ponds in the vicinity of residential wells, with evidence that groundwater has been impacted.

Hall and Jorgensen both come from the world of organized labor, which holds jobs sacrosanct. But they say it is possible to close the coal plant and improve the local economy at the same time. Since retiring from his job doing inventory for Caterpillar seven years ago, Hall has made activism his major occupation – often attending protests with his dog Gizmo in support of cleaner air, cleaner water and a higher minimum wage.

“When I retired from Caterpillar I didn’t retire from my union and my country,” said Hall. “You don’t always win every time, but these are the things you have to fight for.”