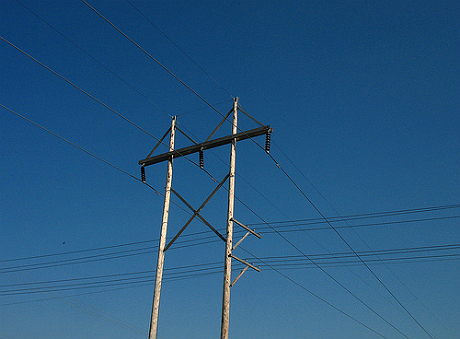 Aside from hosting a majority of the nation’s wind farms, the Midwestern U.S. is not known for aggressively pushing the agenda on clean energy issues. But that may be changing as Minnesota joins other leading states in the effort to remake the electricity sector.

Over the last year and a half, Minnesota has emerged as more than just a wind state. In May 2013, the state’s legislature passed a bill that would expand the solar market by 450 megawatts. And in March of this year, regulators agreed to create a value-of-solar tariff to complement net metering.

Minnesota’s solar targets aren’t enough to threaten utility revenue or overload the distribution system quite yet, but it’s set in motion a conversation about how the power sector should adapt to accommodate more distributed generation. And that means proactively thinking about the utility business model itself.

Throughout the next year, more than two dozen organizations, utilities and public officials in the state will be meeting to discuss new approaches to utility regulation that will create the framework for the concept of “utility 2.0.”

The group, called the e21 Initiative, was formed by the Great Plains Institute. It brings together Xcel Energy, Minnesota Power, George Washington University Law School, the Center for Energy and Environment (CEE) and regulatory observers to proactively address the “changing nature of the electric energy system.”

The process started after the Edison Electric Institute released a report last summer warning about the impact of distributed generation on utility revenue.

Mike Bull, the director of policy at CEE, had recently left a job at Xcel Energy, where he was a manager of public policy. He approached executives at Xcel and asked about their reaction to the report. Months of conversation ensued, and the utility eventually expressed interest in creating a formal process for addressing the long-term business model challenges. More organizations signed on, and the e21 Initiative was born earlier this year.

“We all came to the conclusion that if we were going to get further, faster, the regulatory framework would need to evolve,” said Rolf Nordstrom, the executive director of the Great Plains Institute, the organization managing the initiative. “Are the way that utilities make money aligned with what society is demanding?”

The initiative is not part of a formal regulatory track, but there are regulators, local elected officials, environmental groups and trade groups that will act as observers. The process builds upon an earlier debate over creating a value-of-solar tariff in Minnesota.

“The value-of-solar issue is a larger symptom of a bigger problem. Our goal with this effort is to see if we can come up with a regulatory framework where we’re all pulling from the same rope,” said Nordstrom.

So far, Hawaii, New York and Massachusetts are the only states to create an official process to tackle the issue. California regulators are close to setting the process in motion, but they have not fully embraced a discussion around the concept of utility 2.0.

Nordstrom is hopeful that e21 will influence discussions in a more formal setting when the year-long effort is complete.

“We’re putting together a shared understanding of all the potential scenarios and developing recommendations for how to evolve the current regulatory system. We’ll have many different options,” he said.

Although Minnesota’s process is not official, the e21 Initiative puts the state in the same league as other longstanding leaders in this space. Will other states soon follow?