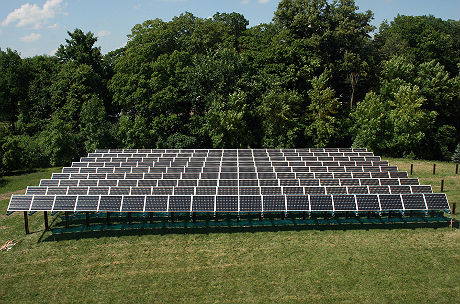 Minnesota regulators on Thursday unanimously decided to take a pass on using the “value of solar” (VOS) to calculate how to pay community solar garden developers.

Although the state’s Public Utilities Commission did not move VOS pricing forward it did ask for interested parties to continue to add commentary prior to its Oct. 1 meeting concerning potential changes to the VOS rate.

For now that methodology, however, will not be in use for paying subscribers of solar gardens for their power generation.

The PUC established a rate of roughly 11 to 15 cents per kWh to developers of solar garden, a sum that includes compensation for renewable energy credits. Those sums — called “applicable retail rates” (ARR) in the regulatory parlance — are paid to solar garden subscribers, who in turn pay developers to manage the installations.

That position was favored by Xcel Energy, the state’s largest utility, as well as some solar installers.

The VOS came out to roughly 12 cents per kWh over the life of a contract. While the ARR rate is on average higher initially, it is subject to change, whereas a VOS rate typically is locked in for a 25-year contract.

Fresh Energy, a St. Paul-based policy organization, offered a proposal with 11 signatories suggesting changes to the VOS option that would raise it enough to allow solar garden subscribers to receive the equivalent value of 15 cents per kWh over 25 year contracts.

(Fresh Energy is a member of RE-AMP, which publishes Midwest Energy News, and is also where the publication is based. Other RE-AMP organizations also intervened in the case.)

In testimony before the commission, solar producers fundamentally disagreed over whether having a VOS rate was more attractive than the ARR.

Martin Morud, president and owner of TruNorth Solar, said he was struggling to find any financiers willing to invest in community solar gardens because of a lack of “certainty” in the rates.

After the meeting, Morud said the PUC’s decision continues the uncertainty since the rates paid to producers could change annually. The commission’s April decision, he said, set compensation rates that could change next year, Morud said.

“It’s impossible to invest in community solar right now,” he said. “We’re still trying to figure out a way to do it but after today it didn’t get any easier.”

On the other hand, Steve Coleman, lead designer for Minnesota Community Solar, saw the decision as a step forward. With two projects underway, one fully subscribed, he said the PUC had to make a decision so that developers could proceed with their projects.

“We’re not finding investor challenges or concern over the applicable retail rate,” he said. “No investor has not talked to us because of the stability of the ARR.”

The ARR adjusts to power plant fuel costs, said Coleman, and those have been rising, a trend that’s unlikely to change. PUC Commissioner Dan Lipschultz asked the solar community if any of them believed fuel costs would go down and none of them saw that as a potential scenarios, he said.

With the PUC’s decision, Minnesota Community Solar will submit its application and after an approval process investors will be secured, he said. There’s a small chance the first project, in Minneapolis, could be started before winter.

Lynn Hinkle, policy director for Minnesota Solar Energy Industries Association, supported the VOS proposal at the meeting. He expressed concern that community solar gardens will be developed by deep-pocketed national companies rather than local firms.

“It’s not clear how many Minnesota companies are going to be able to be involved in (community solar gardens),” he said.

On the other hand, he said, the debate at the PUC was an important one.

“It showed that Minnesota is at the forefront and is a key player in developing elements of distributed solar intergeneration. It’s amazing to see that.”

Editor’s note: An earlier version of this incorrectly stated that SoCore Energy testified in favor of the retail rate.