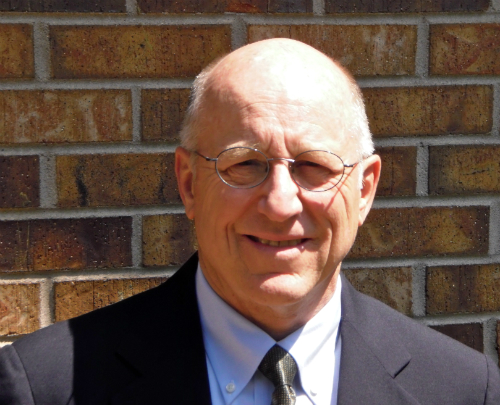 Ron Lehr is a former Colorado Public Utilities Commissioner and author of a chapter on new utility models in America’s Power Plan.

Attorney, former regulator and activist Ron Lehr has been thinking about the future of utilities and how they survive and flourish in a new world of distributed, renewable energy.

The former Colorado Public Utilities Commissioner and author of a chapter on new utility models in America’s Power Plan will be speaking at the meeting of Minnesota’s Legislative Energy Commission on Thursday in St. Paul.

In a chat with Midwest Energy News, Lehr spoke about how utilities could adjust to a future where distributed energy will have a much greater role in energy production. He plans to elaborate on the ideas presented in America’s Power Plan, a project sponsored by the Energy Foundation and Energy Innovation Policy & Technology LLC that involved interviews with more than 150 experts.

Ideas from the plan are also part of a Citizens League report on the future of electrical generation in Minnesota.

Midwest Energy News: People often talk about the death spiral of utilities. Is that a valid fear?

Lehr: It is a fear, but it is a fear that has outrun reality. We’re seeing in O’ahu, Hawaii that the utility shut down additional solar installations and we’re seeing battles in California, Arizona and my home state Colorado that are way outside reality. The utilities are way outside reality because even in these states solar is only one or two percent of the energy production. It’s not large enough yet to have a real impact.

Will it become a legitimate fear?

This will be made more much clear when all the gizmos coming out of smart grid can talk to one another and the generations turn over and demand grows for renewables.

You offer various approaches to the restructuring publicly owned utilities.

The reason we did that is we recognize this a big country in which states and utilities work in much different circumstances and face many different challenges. One size does not fit all.

Some states will want a policy framework that is market oriented and do as much as possible to transition to a new business model. Others will take a more cautious approach. We focus mainly on the cost structure of energy rather than a different question we should be asking: What do we want and how will we pay for it?

Talk about the utility of the future and the different scenarios.

One is the minimum utility involvement in which utilities move to a more market-orientation [role] in which more competition is allowed to exist for cleaner resources. Utilities will still own the wires. Another approach is making utilities a “smart orchestrator” by allowing for more renewable energy while encouraging innovation. It’s considered a goldilocks “middle way” that might find favor with regulators and consumers.

The maximum utility role places the utility in a role where it leads innovation through partnering or buying other companies and expanding their offerings.

You found some other interesting examples, such as the United Kingdom.

The U.K.’s OFGEM, which regulates the wires infrastructure, has worked for about 20 years in a price cap environment where prices cannot be exceeded for successive periods of five years.

It recently created “Revenue using Incentives to deliver Innovation and Outputs” (RIIO) that works to maximize outcomes for reliability, environmental stewardship, innovation, price, efficiency and social responsibility. The wires utilities have filed new business plans to reach these goals, along with defined and quantified outcomes, measurements and metrics.

The regulator will reward outstanding performance with financial incentives. The program does things like survey customers about its services, for example asking wind producers how interconnections are working.

Can you imagine that happening here?

The Western utilities commissioners organization is looking at how to use more performance-based regulation approaches. It’s the same principle as managing people by objective.

Most utilities focus on the accounting and the financial side, since their regulation is focused on cost, rather than tying programs to what is it we’re trying to do and what should we be focused on. Our goal with regulated utilities has been always a focus on least cost. You don’t walk into a furniture showroom looking for a couch and ask “show me only your cheapest sofas.”

You mention our border state, Iowa, as another national example.

That’s a very interesting story because that state had consistent, stable rates for 17 years. Most people in the country experienced rate increases during that time but not Iowa. How did that happen? Both the utility and the public utilities board and other parties used a series of settlements approved by the commission to deal with disputes rather than litigation. People rolled up their sleeves and made agreements.

Is regulation important to creating this new landscape?

It is. But it’s hard to serve on a public services commission. I try to talk it up and encourage people to do it but it’s a job where you get brain damage because it’s really hard. The commissions can have a political bent or become retirement homes for the governor’s political buddies. It’s hard to get people with the right background.

When you look at what utilities are doing, what is your sense of Xcel Energy?

We think that David Sparby (CEO and president of Northern States Power) understands the challenges. They’re a little modest about the difference they can make. They don’t have a good enough grasp of encouraging their key stakeholders in a productive way but their executives are concerned and are engaged.

They have made impressive gains on clean energy in the last ten years, since they lost a statewide vote for a minimum renewable energy standard. [Xcel] in Colorado is acquiring 450 megawatts of wind, 170 MW of solar, at a below-average system cost, which is impressive.

Xcel faces a big decision on what to do with coal burning plants. What are your thoughts?

When wind and solar are bringing your costs down why would you continue to run inefficient and polluting old coal plants? That’s not the direction any utility should be moving.

Colorado has shown that renewables can beat the hell out of fossil fuels on price and why we need to move away from using them. I agree with Richard Kelly, the former Xcel CEO who told a Minneapolis newspaper: “We’ve got to get off of coal. The sooner the better.”