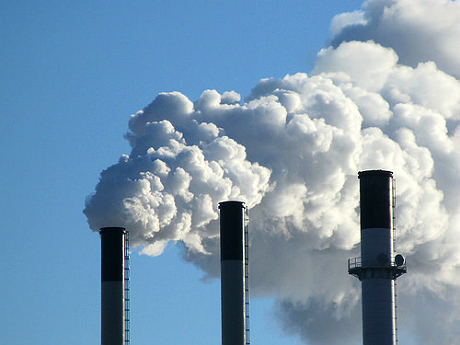 States within the Midcontinent Independent System Operator’s footprint could save billions of dollars complying with U.S. EPA’s proposed carbon rules for existing power plants by banding together and applying strategies beyond the four “building blocks” put forward by the federal agency, according to an analysis by the grid operator.

The analysis was conducted by the Carmel, Indiana-based regional transmission operator to help members prepare comments to submit to EPA. Results were presented to the grid operator’s Planning Advisory Committee on Wednesday. MISO hasn’t decided yet if it will submit formal comments by the deadline, which was extended until Dec. 1, said Brian Rybarik, MISO’s interregional director of external affairs.

Todd Ramey, MISO’s vice president of system operations and market services, said in a telephone briefing with reporters that the grid operator isn’t taking a position on EPA’s Clean Power Plan or endorsing any particular compliance strategy. But because the proposed regulations could affect energy prices, the fuel mix within MISO and grid reliability, it performed the analyses for members to look at potential impacts of the rule.

The MISO analysis was conducted in two phases. The first evaluated compliance costs of CO2 emission reductions achieved through the application of the “building blocks” outlined in the EPA proposal (EnergyWire, July 15). They include efficiency upgrades at coal units, increasing the utilization of combined-cycle gas units and increased use of renewables and energy efficiency.

The analysis suggested that applying EPA’s building blocks and the rate-based approach in EPA’s proposed rule would cost the equivalent of $60 a ton to achieve carbon reductions across MISO’s 15-state footprint — a level far above what EPA estimated in the rule proposed on June 2.

For instance, MISO estimates carbon dioxide emissions reductions from demand-side energy efficiency built into EPA’s plan would cost the equivalent of $70 per ton across its footprint. Meanwhile, the EPA proposal says “conservatively high estimates” of the cost of CO2 emissions reductions from demand response and energy efficiency are in a range of $16 to $24 per metric ton nationwide.

According to the MISO analysis, using the most economical compliance options to slash carbon emissions by an equivalent amount under a mass-based approach could be achieved at a cost of about $38 a ton.

“There are many opportunities to achieve those reductions at costs substantially less than the apparent cost of the strict application of building blocks,” Ramey said.

One such compliance strategy that could bring down costs is construction of new combined-cycle natural gas-fired generation, the analysis showed.

One MISO member, Ameren Missouri, a utility serving 1.2 million electric customers in St. Louis and surrounding areas in Missouri, has already told the state’s Public Service Commission that its compliance strategy could involve construction of 1,200 megawatts of combined-cycle natural gas-fired generation over the next six years at a cost of $2 billion to utility customers.

Savings through a regional approach

The MISO analysis also suggested bigger is better when meeting EPA’s carbon rule: that compliance costs across its footprint could be reduced by approximately $3 billion annually by taking a regional approach to curbing CO2 emissions compared to making similar emissions cuts separately across nine subregions.

Currently, state and environmental regulators from a group of 19 states up and down the central corridor of the country — many of them MISO states — are participating in discussions about the potential for regional cooperation to comply with EPA’s carbon proposal. However, it’s early, and there’s no guarantee that such a multi-state partnership will materialize.

MISO didn’t analyze costs of compliance at the state level, Ramey said. And modeling didn’t include an evaluation of costs that would be needed for transmission upgrades or new gas pipeline infrastructure.

A second MISO analysis looked at the compliance costs of taking other actions beyond the scope of EPA’s building blocks, such as retiring coal units and building new gas-fired generation resources. In all, MISO modeled nearly 1,300 combinations of policy and economic conditions under this phase of the analysis.

The grid operator said the analysis showed that EPA’s carbon proposal could put an additional 14,000 MW of coal capacity at risk of retirement. That’s beyond the 12,600 MW within MISO’s footprint that is slated to retire by the end of 2016 to comply with EPA’s Mercury and Air Toxics Standards.

Currently, MISO relies on coal to fuel almost 70 percent of generation within its footprint. That figures to change radically over the next 15 years, and coal’s share of the mix could be cut by more than half at the expense of natural gas, renewables and energy efficiency if states choose to comply with the rule by employing the four building blocks, according to MISO’s analysis.