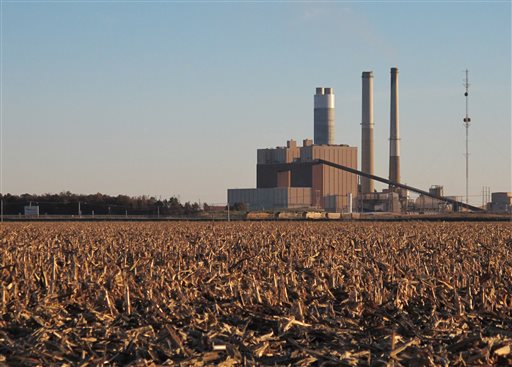 Now Dynegy is seeking to make those plants more profitable, through changes to the way they are paid for capacity – potential future generation that can be called on if needed.

Critics of the plan say the changes would mean higher costs for ratepayers with little, if any, improvement in reliability.

The plants provide power to the utility Ameren Illinois, which is part of the Midwest Independent System Operator (MISO) regional transmission organization (RTO). MISO runs an annual capacity auction wherein generators are paid for power they will be prepared to provide if needed.

ComEd, which distributes power to northern Illinois customers, is part of the PJM, a separate RTO. The PJM also holds capacity auctions, but every three years. The prices paid for capacity in PJM’s market are much higher, with a clearing price of $125.99/MW-day in PJM for 2014/2015 versus $16.75/MW-day in MISO.

Dynegy has indicated they want Ameren Illinois to switch into the PJM, so Dynegy plants could sell their power in the higher-paying PJM capacity market. Or alternately, Dynegy would like to see MISO change the structure of its capacity market, including with auctions that look farther in the future than the current setup.

Either way, Dynegy would likely get significantly higher payments for capacity promises from its Illinois power plants.

Dynegy spokesperson Katy Sullivan said this is necessary in order to ensure there is enough financial incentive to build new generation or implement energy efficiency measures to be sure future demand in the region can be met. She said that since currently the MISO capacity auctions happen in the spring only about six weeks before that power is on call, generators and utilities may not be able to adequately prepare for demand.

“There’s not an adequate signal for additional investment far enough in advance for the investment to occur before they’re in a shortage situation,” she said.

But critics of the potential moves say that there is no concern about power availability for the foreseeable future, and that Dynegy is just trying to get more revenue at the expense of the ratepayers who ultimately pick up the tab for capacity.

Energy consultant Mark Pruitt did an analysis showing that if the switch to PJM was made under current capacity prices, consumers in Ameren’s downstate Illinois territory would pay a total of about $302 million per year more, which would translate to roughly $8 more per month for average users. (Ameren Corp., which transferred the coal plants to Dynegy, is the parent company of Ameren Illinois).

“Capacity markets are not really markets per se, they’re constructs that are aimed at a fixed outcome – they are designed at least in PJM’s case to give generators more revenue,” said Dave Kolata, executive director of the Citizens Utility Board. “Certainly from Dynegy’s point of view I can understand why they would want to have a market that gives them more money. But that’s certainly not in the consumers’ interest.”

Sullivan said that Dynegy is not seeking higher prices in capacity auctions necessarily but rather that the company wants to sell power in a market that has a farther-ranging outlook – like PJM’s three years – which would theoretically provide more stable capacity prices over time.

“We think there’s incredible value in looking out years into the future,” said Sullivan. “The benefits of that are you have time to start looking at things like transmission investment or potentially siting and constructing a power plant in response to what looks like a signal for additional investment. You have a chance to build a robust energy efficiency program and get consumers on board.”

Energy experts say that there are no reasonable concerns about power availability in MISO in the foreseeable future, hence they don’t see a pressing need for capacity markets with a longer outlook.

“In Illinois we have a surplus of capacity, there’s no risk in the medium-term of any reliability concerns,” said Kolata. “You never know in the future, but if you look at the trends, especially with smart grid being deployed, and we should see radical improvements in efficiency, and we’re starting to see solar being cost-competitive. I don’t think there are really capacity concerns.”

Kolata said there are some aspects of PJM’s capacity market which he thinks are structured better than MISO’s, including that “it’s easier to incorporate energy efficiency and demand response.”

Currently the MISO market has a “vertical curve” wherein the capacity prices can quickly fluctuate between the high and low ends. PJM’s auction by contrast has a sloping, more gradual curve.

“It’s just a market dynamic that we see as undesirable, particularly as it affects consumers in Illinois who have this risk of volatility and inadequate investment” in new generation or energy efficiency, driven by capacity payments, Sullivan said.

Pruitt said that it is not clear PJM is always more stable than MISO, and regardless that may not be the top concern for ratepayers.

“Even if you are getting stability, do you want high and stable prices or low and unstable prices?” he asked.

How it would happen

MISO could change the structure of its capacity auction (called the Resource Adequacy construct), after going through a stakeholder process. In response to questions about the likelihood of a process sparked by Dynegy’s concerns, a MISO spokesperson provided this statement:

“MISO’s mission is to ensure reliable, least-cost delivered energy for all electricity consumers – today and in the future. As a not-for-profit member-based organization, we continually focus on value creation for all of our members. We actively engage stakeholders through an open and transparent process that allows us to handle a variety of issues”

In order for Dynegy’s Illinois plants to sell into the PJM capacity market, Ameren Illinois would have to decide to switch into PJM, then gain approval from the Illinois Commerce Commission and the Federal Energy Regulatory Commission (FERC). Ameren officials have stated they don’t intend to make the switch.

The Illinois state legislature could potentially pass legislation demanding Ameren make the move. Lobbying on this front is expected leading up to the spring legislative session. And the effort is expected to play out in tandem with Exelon’s attempts to get favorable treatment for its financially troubled six Illinois nuclear plants in state legislation that will determine how Illinois complies with federal carbon rules. Exelon has also expressed discontent with MISO’s market structure.

“Dynegy and other generators will say if Exelon is getting a handout we need something to increase our own valuation,” said Pruitt.

Kolata said that advocates will be ready to push back against any pressure on the legislature to force the switch in RTOs.

“Why should Illinois legislators approve Dynegy and central and southern Illinois moving to the PJM transmission organization on the East Coast when it will cost consumers in Illinois about $1.5 billion over five years?” asked Environmental Law & Policy Center (ELPC) executive director Howard Learner, referencing Pruitt’s calculations of cost increase and the fact that the PJM stretches east from Illinois over parts of 13 states and Washington D.C. The acronym refers to Pennsylvania, (New) Jersey and Maryland.

Learner noted that down the road inclusion of southern Illinois in the PJM could trigger the building of major power lines to better connect Illinois generation to demand centers further east. “And ratepayers would be socked for that too,” he said.

Dynegy’s push to move southern Illinois into the PJM or to change MISO capacity auctions could be seen as a way to keep the troubled coal plants it acquired from Ameren viable. Sullivan said that Dynegy has no intention of closing those plants, and that they are already compliant with the Mercury and Air Toxics Standards (MATS), federal rules which have forced many old coal plants to make costly upgrades.

“They’ve known which wholesale market they’ve been located in for quite some time – this circumstance should not be a surprise,” said Pruitt.

“If Dynegy makes a business decision to close the plants – they make that decision,” said Kolata. “We shouldn’t change the market rules to get them higher profits.”

Learner framed the changes Dynegy is seeking as essentially taxpayer subsidies even as it is in the midst of a multi-billion dollar acquisition of Duke Energy Corp. plants that will double its capacity to about 26,000 MW. Currently Dynegy has 13,000 MW of capacity in five states, about 7,000 of that being from the Illinois coal plants.

“Dynegy should retrofit or retire the plants or convert to natural gas based on whether in a competitive market the plants are winners or losers,” Learner said. “Illinois consumers shouldn’t be called on to pay billions over the next decade to subsidize Dynegy’s profit margins and some of the coal plants that simply aren’t competitive.”

The ELPC and CUB are members of RE-AMP, which also publishes Midwest Energy News.