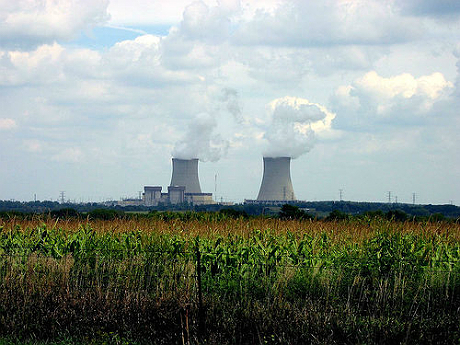 Barrón’s comments came during an Illinois Commerce Commission policy session Tuesday on the state’s efforts to comply with the Obama administration’s plan for a 30 percent cut in carbon dioxide emissions from the power sector by 2030.

The meeting was the second of three scheduled by the commission to discuss implementation of the EPA rule, which is expected to be finalized next summer and implemented a year or two after that. A third policy session is set for Nov. 6.

Under EPA’s June 2 proposal, states’ carbon reduction targets vary. Illinois, for instance, must reduce CO2 emissions by a third. And the status of Exelon’s nuclear fleet, which provides half of the state’s power, looms large in any plan.

Reiterating what the company has told federal regulators and lawmakers, Barrón said that whatever compliance plan is adopted by Illinois should put nuclear power on an equal footing with other non-carbon energy sources, including wind and solar energy.

“All zero-carbon resources should be treated similarly,” she said.

For months, Chicago-based Exelon has warned that it may seek to shutter several Illinois nuclear plants as soon as mid-2015 if it doesn’t see a pathway to sustained profitability. The company says four of its six Illinois nuclear plants have come under financial pressure because of relatively inexpensive natural gas and imports of wind energy from the plains.

The power industry giant has lobbied for help at the state capitol, and the General Assembly passed a resolution last spring urging state and federal agencies to adopt nuclear-friendly rules and policies that enhance the economic competitiveness of the plants (EnergyWire, May 29).

Jim Ross, manager of the Division of Air Pollution at Illinois EPA, agreed with the company that the closure of any of Exelon’s 11 reactors in the state would make it more difficult to meet its EPA carbon reduction target.

EPA Administrator Gina McCarthy has likewise acknowledged the financial challenges being experienced by some nuclear operators.

The agency designated 6 percent of the nation’s nuclear capacity as being “at risk” of retirement. In Illinois, that equals 5.3 million of 91.5 million megawatt-hours produced by Exelon’s Illinois nuclear fleet last year.

The agency, however, didn’t cite specific at-risk plants and applied the 6 percent factor evenly across all states with nuclear generation.

It’s a point that EPA should revisit when the rule is finalized, said Paul Sotkiewicz, an economist for PJM Interconnection LLC, the bulk power grid operator across 13 states in the Mid-Atlantic and Midwest.

“They could have used going forward costs to understand specific at-risk units,” he said. “Very easily, EPA could have looked at this state by state.”

Barrón said the at-risk estimate should be refined because it undersells the amount of nuclear generation that could be shut down in the state and the region.

In fact, Exelon units in Illinois representing 43 percent of its nuclear capacity in the state will receive no capacity payments for the 2017-18 planning year and are at risk of retirement.

The list includes three units that failed to clear the capacity auction conducted this summer by PJM. It also includes a single-unit Exelon nuclear plant located within the footprint of the Midcontinent Independent System Operator, the operator of the grid in southern Illinois, which doesn’t operate the same kind of capacity market.

Barrón said Exelon’s nuclear fleet provides benefits to the state that go beyond their emissions profile. The plants operate at greater than 90 percent capacity and remained online even during January’s polar vortex, when many natural gas- and coal-fueled units faltered.

A boon for efficiency, renewables

If EPA’s carbon plan represents a potential lifeline for the nuclear industry, it also is an opportunity for continued growth of other carbon-free energy sources, such as wind, solar and energy efficiency.

Policy advocates told the ICC that not only was EPA’s plan achievable, but increasing reliance on efficiency and renewables would generate thousands of new jobs.

Sarah Wochos, Midwest co-legislative director for the Chicago-based Environmental Law & Policy Center, said the EPA plan “vastly underestimates” the level of carbon reductions that can be achieved by increasing reliance on renewables.

Illinois’ 2007 renewable portfolio standard requires that a fourth of the electricity used by customers of investor-owned utilities could be fueled by the wind and sun. But a conflict between state laws has slowed development in recent years (EnergyWire, April 23).

Finding a legislative fix for the renewable standard would help restart solar and wind development and allow the state to meet or exceed the carbon goals in EPA’s proposed rule.

“Our RPS can far outpace what they’ve put forward in the plan,” she said. “If we just use the policies that we have underway and make them functional, we’re well on our way.”

“EPA was very conservative when they estimated what Illinois could do,” she said.

The state is already under current law reducing energy use by 1.4 percent, or 1 million MWh a year — enough electricity to power 100,000 homes. And consumers are realizing savings of $2 to $3 for every dollar spent, she said.

The state could adjust efficiency policy and capture annual reductions in excess of 2 percent like Massachusetts and others leading states and do so in a way that’s cost-effective for utility customers, she said.

Executives from the state’s two large investor-owned utilities agreed that there remains unrealized efficiency potential in the state but raised doubt about the cost to consumers and utility shareholders.

“We think the cost is going to be substantially higher than it is right now,” said Val Jensen, senior vice president of customer operations for ComEd, the Exelon utility that serves the Chicago area.