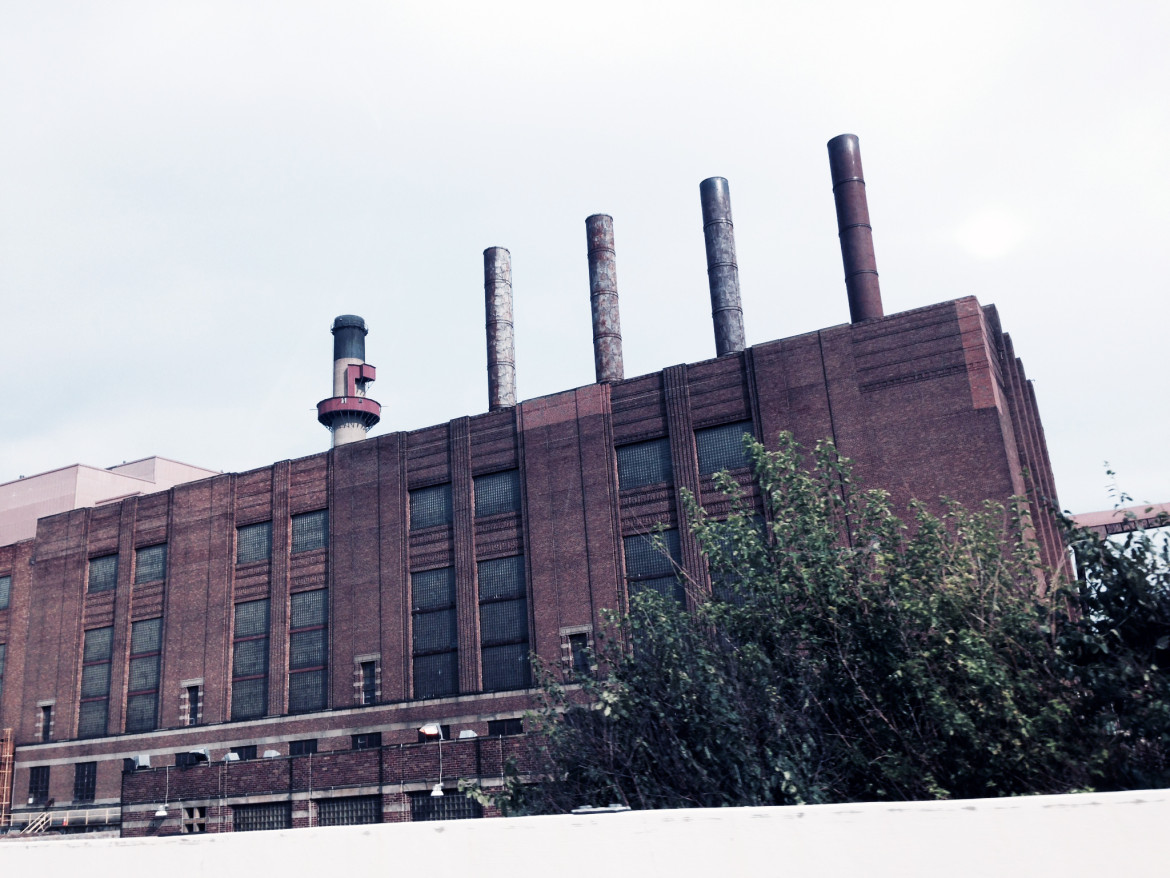 FirstEnergy’s plan to gut most of its Ohio energy efficiency programs comes just as the company has ramped up state and federal efforts to prop up markets for its power plants.

The news comes against the backdrop of the U.S. Environmental Protection Agency’s proposed Clean Power Plan, which seeks to curb carbon emissions.

Without energy efficiency and renewable energy, FirstEnergy and other power plant owners may have to make huge investments to comply.

Critics say the utility is overly focused on short-term financial gain, which consumers will pay for in the long run.

“This is about selling more electricity,” said Rob Kelter, an attorney at the Environmental Law & Policy Center (ELPC). “And they want the market price of electricity to be higher.”

Plans filed with the Public Utilities Commission of Ohio (PUCO) call for cutting most of FirstEnergy’s efficiency programs and letting large customers opt out of the rest.

“One of the main reasons why FirstEnergy is amending our energy efficiency plan right now is to reduce costs to the customers,” said company spokesperson Diane Francis. “It’s also to better align our program with Senate Bill 310.”

SB 310, which took effect this month, freezes increases in Ohio’s standards for energy efficiency and renewable energy for two years. The law also makes sweeping changes to those standards.

FirstEnergy’s programs currently cost residential households about $4.50 per month. But, Francis said, “Those programs are going to become a lot more expensive and a lot more difficult to implement” in future years.

By 2027, current law calls for a cumulative increase in energy efficiency to 22 percent.

Despite FirstEnergy’s talk about cost savings, its own PUCO filings have consistently argued that its programs are cost-effective. For example, one document filed in 2012 projected approximately 2-to-1 savings of more than $100 million dollars for FirstEnergy’s Ohio Edison customers.

“The utilities themselves report that Ohioans get a 2-to-1 return on their investment from efficiency programs, and the regulatory commission guarantees that cost-effectiveness year after year,” said attorney Samantha Williams at the Natural Resources Defense Council (NRDC).

Francis counters that “FirstEnergy’s Ohio utilities were required by law to use a certain formula to determine whether or not the programs are cost-effective. What we don’t necessarily believe is that the formula is necessarily an accurate cost-benefit analysis.”

But Kelter, of the ELPC, said those beliefs are not what matters.

“By law in Ohio, in order to get approved, the utilities’ energy efficiency plans have to be ruled by the commission to be cost-effective, which means that the energy efficiency is less expensive than the generation that it’s replacing,” he said.

For example, he said, many households have replaced a few lights with compact fluorescent or LED bulbs. Yet those homes may still have a large number of old-fashioned incandescent bulbs.

“The penetration is high, but the saturation is low,” Kelter said.

“Energy efficiency programs have helped hold down the price of electricity that everyone pays because demand has been lower,” Kelter added. “And it also means that we need less of the highest-priced electricity on the hottest days of the summer.”

Cutting back energy efficiency programs could also cost more when Ohio must comply with carbon emission standards under the Clean Air Act.

The EPA proposed its Clean Power Plan in June. Under the proposed rules, Ohio power plants will have to reduce carbon emissions by 28 percent.

Energy efficiency and renewable energy could get Ohio most of the way there, says an analysis released this month by the Natural Resources Defense Council (NRDC).

“We’ve dug into the numbers and confirmed that efficiency and renewables will get Ohio far down the road to meeting its 2030 carbon reduction target,” said Williams. “Low-cost, carbon-cutting resources that also protect public health and support a fast-growing clean energy economy? This should be a no-brainer for Ohio.”

“But these tools have been taken off the table right at the time that Ohio needs them the most,” Williams added. That’s because SB 310 limits the potential benefits by freezing and weakening the standards.

“Ohio’s lawmakers would be wise to take a hard look right now at that decision and reassess this vast well of untapped opportunity in the state,” Williams said.

“If Ohio chooses to forego these low-cost tools [of energy efficiency and renewable energy] — and I don’t see why they would — there is no doubt that getting the state where it needs to be on carbon would be far pricier,” Williams added.

Interestingly, the form of any compliance action might make a difference to the company’s bottom line.

FirstEnergy’s regulated utilities can pass through costs for energy efficiency and renewable energy programs. However, the PUCO does not generally let it earn any interest on that spending. Upgrades to their facilities and equipment could count as capital investments, however, and earn a profit for the company.

“Any capital investments approved by the Commission generally earn a return” on those investments, Francis noted.

Generation facilities owned by FirstEnergy Solutions or other companies could presumably build the costs of any investments plus a rate of return into their prices. Thus, customers would ultimately pay those too.

Other recent actions to bolster FirstEnergy’s markets include asking the PUCO to approve a 15-year power purchase agreement. Under the plan, its Ohio utilities would buy all of the electricity generated by certain coal plants and the Davis-Besse nuclear plant in Ohio.

Critics have opposed the plan as being a bailout for older, unprofitable plants, as well as undermining the intent of competition and deregulation in Ohio.

Last week, FirstEnergy argued against providing information to other parties in the case more quickly and giving them more time to prepare and present testimony. If the company succeeds, other parties would have a harder time getting evidence and preparing testimony against FirstEnergy’s claim that the plan will save customers money in the long run.

In any case, those claims almost certainly don’t reflect any additional costs from meeting the Clean Power Plan requirements.

If FirstEnergy’s unregulated plants must upgrade their facilities under the Clean Power Plan, those costs and any expected return on investment would likely be built into the price for their electricity.

Higher costs would make electricity from the plants covered by the agreement even less competitive than that from more modern and efficient plants. Thus, any claimed benefits under the plan might be delayed well beyond the first few years.

FirstEnergy has been active at the federal level too. In May it filed an action with the Federal Energy Regulatory Commission (FERC) to exclude all demand response resources from this year’s capacity auction by PJM. Last week, FirstEnergy amended its complaint and expanded its arguments.

The PJM auction was held in May to make sure the grid area would have enough electricity to meet needs for 2016-2017.

Demand response resources are binding commitments by large customers to cut back their electricity use during peak demand times. The commitments lower the grid’s electricity needs for those periods and reduce the need for more-expensive peak generation.

One factor that may have triggered FirstEnergy’s latest action is the D.C. Circuit Court of Appeals’ refusal to reconsider a case decided this spring. That case held that FERC didn’t have authority to set payment levels for demand response resources in the wholesale electricity market. FERC still has time to consider any additional appeals.

However, that court case did not deal with what states can require, and PJM was not a party. Nor did that case deal with capacity auctions.

Capacity auctions specifically address how much electricity the grid will need to meet peak demand three years in the future.

Excluding more than 12,000 megawatts of demand response would let other generators clear the auction that failed to do so in May.

A smaller pool of competing resources is also apt to raise May’s closing price of $120 per megawatt-day for the Ohio area. All suppliers that clear the auction get the final closing price.

That closing price makes up about 15 percent of the generation part of customer bills, so a higher price would mean higher bills.

More importantly, eliminating demand response would limit options on the hottest days of summer, when customers use the most electricity.

“In order to meet demand, utilities will have to run peak power plants,” Kelter explained. “And customers will be buying more of that peak power that’s higher priced.”

The report shows that the PJM grid area is the United States’ largest market for demand response.

If demand response could not be considered in auctions to meet planned demand, then extra infrastructure spending could include things like building new power plants, modernizing old ones and improving transmission networks.

FirstEnergy has been upgrading its transmission network following its 2012 announcement that its Lake Shore, Eastlake and Ashtabula plants would close that year.

A 2012 environmental justice report from the NAACP ranked the Lake Shore and Eastlake facilities among the country’s top 40 worst power plants.

Yet because of the short time frame, PJM asked FirstEnergy to keep those plants and the Ashtabula facility running for three years under Reliability-Must-Run agreements.

The arrangement put FirstEnergy in a position to collect millions of dollars in standby fees for having the plants on call if needed.

The initial 2012 closing date also caused PJM to carve out FirstEnergy’s distribution territory from the rest of Ohio and other parts of the grid area, noted Dan Sawmiller of the Sierra Club’s Beyond Coal campaign.

That action led to higher capacity prices in auctions held in 2012 and 2013, Sawmiller added. Meanwhile, FirstEnergy did extensive work to upgrade its distribution network, which customers ultimately pay for.

Earlier this year, PJM released the Lake Shore and Eastlake plants from any obligation to stay open after September 15.

“That’s about six months ahead of the original schedule,” FirstEnergy spokesperson Stephanie Walton said this spring. At that time, she said the two plants’ shutdowns would begin this month.

“After evaluating market conditions, the company determined there was value in FirstEnergy Solutions running the Lake Shore and Eastlake units economically in the 4th quarter of 2014 and 1st quarter of 2015,” said company spokesperson Jennifer Young. “Having the units available through the winter provides additional grid support and enhances reliability of the electrical system in the event of extreme weather.”

In April 2015 the U.S. EPA’s Mercury Air Toxics Standard (MATS) takes effect. None of the Eastlake, Lake Shore or Ashtabula plants can comply with the rule, which was one of the reasons FirstEnergy gave for its decision to close the plants in the first place.

Until then, all three plants will remain open.