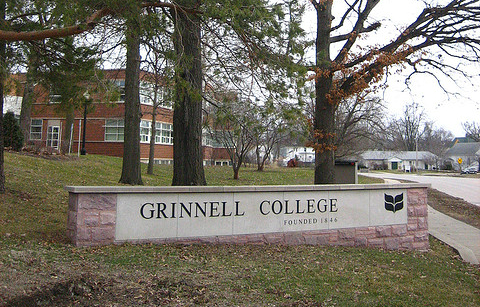 For private entities, renewable energy can appear to be a straightforward way to save money and achieve environmental goals.

Whether utilities can — or will — accommodate those projects is another question entirely, as a small Iowa college recently found out.

Earlier this month Grinnell College formally abandoned its vision of building a 5.1-megawatt wind farm that would meet about half of the college’s electrical needs.

However, Alliant Energy, which serves the college, said it likely would have to curtail much of the project’s energy production because another wind developer had applied for an interconnection agreement first. The combined production, according to Alliant, likely would overload the local distribution circuit.

And according to state regulations, the earlier applicant, Optimum Energy, had effectively snagged “first dibs” on providing power to the rather small load served by that particular substation.

At that point, the project’s “marginal” payback period of about 15 years shifted to a “no payback” scenario, according to Chris Bair, the college’s environmental and safety manager.

“None of us anticipated this issue,” Bair said. “I think everyone’s little bit surprised, so I don’t think this is all that common. This substation doesn’t serve a huge load, so it doesn’t take much to exceed consumption.”

“We were always doing it for environmental reasons,” Bair said. “But it had to make some economic sense.”

‘This is all-new territory’

When they learned that another wind turbine served by the same substation would effectively disrupt the college’s access to that substation, college administrators hatched an alternative idea. Because the college is already wired to a different substation for back-up purposes – and in fact was once primarily served by that substation – could that other substation possibly accommodate their five megawatts of wind power?

“We sent them a letter saying, ‘Here are some other ideas,’ ” Bair said. “We were trying to make it work for everyone. Optimum wanted to make everything work too. I do think [Alliant] could have switched us back to the other substation. They never got back to us on it. I don’t think we ever got a final yea or nay. They’re not required to do that. There’s no legal obligation to do it, and no financial reason to do it.”

When contacted recently, Foss said that Alliant “is still in active negotiations and listening to what out customers want. No projects have been denied, and everything is going through the paces. Everything is still being worked out. Nothing is final.”

“This is all new territory. These are new issues coming up for utilities, especially in Iowa where we’ve never had this congestion on the grid. Everybody’s trying to understand, ‘What are the options?’”

It’s possible that the Iowa Utilities Board (IUB) will provide some clarification. In January, the board solicited feedback on issues related to distributed generation. Since then it has issued a couple more invitations for comments, with an enhanced focus on net metering and interconnection agreements.

On July 30, Grinnell’s director of facilities management, Richard Whitney, submitted a letter to the IUB, in which he asked the agency to revise the way it regulates interconnection requests.

“Our request is that we be given permission to serve our own load prior to curtailment. It is our understanding that the utility’s study procedure essentially promises our load to the wind project that is in the queue ahead of us. Consequently, there will be times when we have to curtail our production even though we are well below campus consumption and not sending any electricity on to the grid. We feel that utility customers should be able to generate renewable energy to serve their own load prior to curtailment rather than our load being promised to another proposed project that is simply selling power to the utility.”

The tussle over Grinnell’s proposed wind farm “shows frankly how important these interconnection issues are,” said John Moore, a senior attorney for the Natural Resources Defense Council. “Having a commitment to build wind energy doesn’t mean you’re going to be able to do it.”

The difficulty from the utility’s perspective, according to Foss, is that a utility doesn’t reconfigure its distribution system “on a Saturday” without a compelling reason.

“The system is designed to be in balance and in harmony,” he said. “We would switch a customer from one substation to another when we need to balance the load.”

There are good reasons why a customer is assigned to a given substation, he said, such as proximity. Power is less likely to be interrupted if the distance between substation and customer is short.

“Now that our customers are wanting to generate some of their own power, they are starting to see the complexity,” Foss said. A change such as assigning a customer to a different substation, is in effect “a transaction among all power plants and all customers.”

Renewable generators can, at least in theory, connect to a regional transmission organization, the Midcontinent Independent System Operator in this case, rather than the local power utility, Foss said.

However, it can take longer to arrange, and regional transmission organizations typically pay less than local utilities for power from distributed generators.

Grinnell investigated other options, like creating a microgrid with a connection to Alliant only for emergencies. But the capacity fee typically charged to such customers would have made it financially unfeasible, Bair said.

The college has thought about solar panels, biogas and other renewable technologies.

“No matter what we come up with,” he said, “we have to deal with curtailment.”

Bair and the college are hoping that the utilities board’s investigation of interconnection issues might illuminate a way forward. He thinks it’s unlikely, however, that anything will resuscitate the vision of a wind farm.

“If you asked if this project is dead, I guess I’d say no, but it’s on life support. It would take a lot to get this project going again. We’re done holding our breath. We’re trying to figure out where to go now.”