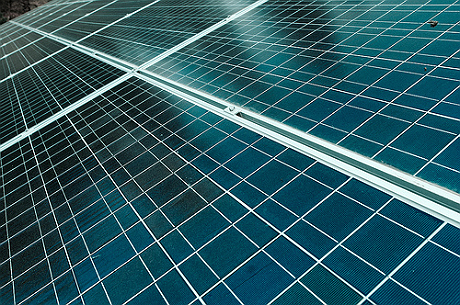 At a recent solar conference in suburban Minneapolis, a jam-packed ballroom of more than 100 people gathered for standing room-only presentations on community solar gardens.

Perhaps no other renewable energy opportunity has gathered so much excitement so quickly, in part because no other state has so far taken the route Minnesota has.

Community solar garden customers pay a fee based on the cost of panels they buy. In return they receive a reduction on their monthly utility bills based on the energy generated by those panels. It provides a lower point of entry for people who lack either a suitable location or sufficient funds for a full solar array.

The reason for Minnesota’s likely fast uptake on community solar is that the legislation does not cap the number of projects that can be built annually or for the duration of the program.

As Postal pointed out, a cap exists in Colorado that currently limits development, though the cap is currently being subjected to an intense debate on a number between 6.5 megawatts (MW) and 30 MW.

Anywhere from 12 to 16 other states have created community solar legislation or have plans do to so, he said. Community solar is emerging as the “fourth vertical” for solar alongside the individual market and those developed by utilities and the government.

“I think we will lead the country but we have to do it responsibility,” said Dustin Denison, president of MN Community Solar and MNSIA’s board president.

With safeguards in place from the attorney general’s office and an extensive application required by Xcel Energy, along with significant deposit fees of $100,000 for a 1 MW project, the standards are set high enough to avoid con artists, he said.

What the lack of a cap offers is an opportunity for outside companies to locate offices and headquarters in Minnesota with the knowledge the market will continue to grow, said Nathan Franzen, Geronimo Energy’s director of solar.

“This encourages people to set up shop here permanently,” he said.

That’s precisely what SunShare, based in Denver, has done. The company hired several veterans of the industry, among them Ken Bradley, who formerly ran MN Community Solar and now serves as its business development director for its Minneapolis office.

Another sign of the state’s growing solar stature came at the MnSEIA conference when at least three national companies spoke to local developers about buying solar gardens in the future, said Denison. “Is that a good thing? Or a bad thing? I don’t know,” he said.

As Midwest Energy News reported last week, community solar projects are surging among rural cooperatives, especially in Minnesota. Every coop in the state, save one, Connexus Energy, has opted to start with a 40 kW array to test shareholder interest and then expand in increments of 40 kW or thereabouts afterward.

Connexus went big, 245 kW, which will stand — for now — as the largest community solar installation in the state.

That co-ops would be first movers comes as no surprise to Denison. They have several advantages over independent solar developers, among them ownership of land for installations, a customer base, an existing infrastructure for customer care, operations and maintenance.

Developers have to lease rooftops or land, do their own marketing (Xcel will not share customer lists), keep customers happy and manage the technical aspects of gardens, he said. That’s why scaling up makes sense — the two 40 kW projects MN Community Solar in South Minneapolis will not be very profitable, Denison said.

In August, MN Community Solar announced a 1 MW project in Gaylord, in Xcel’s territory, on a four acre parcel in the Gaylord Industrial Park. Two more projects are in the works on Highway 19 between Gaylord and Red Wing.

“Highway 19 is about to become very quickly the community solar highway,” he said.

SunShare’s Bradley and Geronimo’s Franzen, meanwhile, both say their companies are focused on installations of 500 kW to 1 MW in green fields, not on rooftops. SunShare has no interest in competing for the Made in Minnesota solar subsidy, for example, that is available for 40 kW projects and has attracted applications from community solar developers.

In looking at the market, SunShare wants large users to buy as much as 80 percent of a CSG, leaving 20 percent for the public. Under the CSG rules an entity can buy up to 40 percent of a project, but Bradley said Sunshare has enough interest from the government and businesses that selling the limit to both on most projects shouldn’t be difficult.

“We expect to do a significant amount of solar next year,” he said. “We have significant customers who have told us if we build they will buy it.”

The best way to make it cheap is to sell to large entities who essentially underwrite CSGs for the “small guys.” Institutions are less risky than residential customers, who may only stay in the customer pool for five years, while a county government isn’t going anywhere, he said.

“It’s better for you as an individual to be part of a project with larger entities because the money and resources are there,” Bradley added. In Colorado SunShare has dominated the government CSG market, with the result being a sense among consumers that the company must be good because their county or city already vetted it, he claimed.

By moving to large scale installations the solar industry can move away from dependence on the 30 percent federal tax credit set to expire in 2016.

“The scale and size will create customer choice and create a competitive market and the type of prices to produce a project that’s good for consumers, and taxpayers,” Bradley said.

The arrival of SunShare — which will soon announce 9 MW of development in Colorado — and the potential for other large companies to come into the market begs the question — is it really about “community” anymore?

John Farrell, an energy expert at the Institute for Local Self-Reliance, said large developers “do not violate the spirit of the law. They create an access to solar we didn’t have before.”

As he sees the market emerging homeowners in urban neighborhoods are willing to pay a modest premium to the community solar project down the block rather than the larger one out in the green fields. The growth of both sectors will employ more installers and create more jobs in the budding solar industry.

Lissa Pawlisch, Clean Energy Resource Teams statewide director, worries the original goal of distributed power in city neighborhoods could get lost with big developers. But she concedes the market is changing so fast it’s hard to predict whether disadvantaged neighborhoods, for instance, would benefit or suffer from large developers coming in.

“I am surprised as to how much the market has changed since the law passed,” she observed. “There are different models and different players. It’s much more complicated than I think we initially envisioned.”

The Institute for Local Self-Reliance is a member of RE-AMP, which also publishes Midwest Energy News.