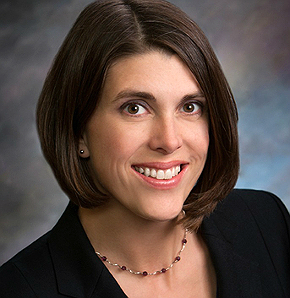 While Republicans made substantial gains in the midterm elections, Democratic state Rep. Paula Hawks has so far just barely managed to retain her seat in the South Dakota House of Representatives.

If Hawks survives a recount challenge from Republican Bob Deelstra, then legislation calling for net metering likely will live to see another session in South Dakota, one of only a half-dozen states without a law requiring major utilities to offer it.

South Dakota, with significant hydropower resources, is actually above average for renewable energy production. But the state offers few policies or incentives aimed at fostering efficiency or other types of renewable energy generation, and there’s little enthusiasm for shifting away from fossil fuels.

That makes it lonesome for the few elected officials who would move the state in that direction. Rep. Hawks, from a suburb outside of Sioux Falls, is foremost among them. We spoke with her about the outcome of the election and her plans for the upcoming session.

Midwest Energy News: So you just barely managed to hold onto your legislative seat on Nov. 4. How close was it?

Out of how many votes cast?

Probably about 5,000. I’ve been elected once before. It was a bigger margin last time, 80 votes maybe. There isn’t normally that close a margin.

Will the tiny margin of your victory cause you to pull back a bit in the legislature?

During your two years in the legislature, what have you pursued in terms of energy-related legislation?

During my first session, the 2012-2013 session, I was asked to serve as the prime sponsor on a net metering bill. My response was, “Of course I’ll do that,” not realizing how controversial that was in my state. I wouldn’t have changed my answer anyway.

I believe net metering is the first step in encouraging more people to get involved in renewable energy. I’m a firm believer that if we don’t start at the state level to encourage that, that people will leave our state for areas that will support them in their endeavors to harness renewable energy resources. We are leaving untapped a huge opportunity to make our state more autonomous in terms of energy use. Not to mention building infrastructure in our own state that could allow us to be exporters.

What came of the net metering bill you introduced? Did it make it to a floor vote?

Lord no. The first time I introduced the bill was 2013. It went down pretty soundly in committee. From there, we took suggestions from committee members and the public utilities commission on how to make it more workable for the utilities in our state. We made a new version of the bill and introduced it in 2014.

It went further this year. We had a lot of good conversation. We were getting people to talk about it instead of just, “Ugh, net metering, I don’t want to hear about that.” It still died in committee, but it got a lot more attention and conversation. That leaves that spark of hope that we are making progress.

Do you expect to focus your clean-energy work on net metering again in the upcoming session?

Yes, until we can break into it somewhere. This is the place where we’ve started to build a relationship and started a conversation. I don’t know that we’ll call it net metering. We’ll try to stay away from that term because of connotations that have come to it.

Are you alone among South Dakota legislators in your attempt to encourage more distributed generation?

Following last week’s election, we now have 20 Democrats out of 105 House members.

How many were there before the election?

So things are not improving?

Definitely. Within my caucus there is some support. Within the Republican caucus, if there was support, they wouldn’t be vocal about it.

Looking at what the states around us are doing, I see it as a positive that other states are moving towards net metering and greater renewable energy. As that happens around us, it’s harder and harder for us not to move in that direction.

Can you count on the 20 Democrats to support you?

I’ll have support in my own caucus, but I wouldn’t say it’s a large priority, even within my caucus. They’ll help me, but it’s not something they’ll proactively advocate for….not until we can find the magic number (the price to pay customers who generate power) that satisfies the utilities and cooperatives. We have to find that magic number that meets everybody’s needs so they’ll come to the table and collaborate on this.

You must be lonely with so few legislators backing you on this.

It’s a little frustrating. We have bigger issues going on in our state now.

Economic development. And education is huge. We have for decades been lowest-paid teacher state in the nation. That’s definitely a higher priority.

For you as well?

A lot of the time, yes. I’m a former teacher, and that sits near and dear to my heart. But (clean energy) is in my top three.

Since the numbers appear stacked against net-metering legislation, have you considered approaching the issue through the public utilities commission?

Absolutely. I’ve developed a pretty good relationship with the PUC members. I have a good line of communication with them. Going through the PUC is an avenue worth conversation, and it will probably fall into my line of attack.

Having that conversation about what is holding us back from allowing net metering to go through, and finding out what we need to do, how to open up the conversation broader, and how do we find that sweet spot that allows us to move forward? If 46 other states can do it, South Dakota can do it.

Eliminating those roadblocks will definitely be a priority in getting us to make any kind of progress.