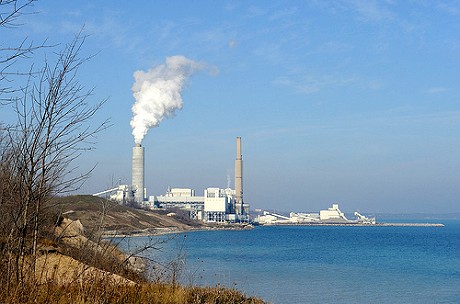 The “beneficial reuse” of coal ash, often touted as a way to keep the material out of landfills, is potentially causing serious contamination of drinking water in southeast Wisconsin and possibly across the state, according to a report released Tuesday by Clean Wisconsin.

By classifying coal ash as an “industrial byproduct,” as report author Tyson Cook says, companies are able to place contaminant-laden coal ash in the ground — as structural fill in and below roads, trails, parking lots, buildings, and bridges — with no lining or monitoring.

About 85 percent of Wisconsin’s coal ash is reused, compared to about 50 percent nationwide. Congress has even called Wisconsin the “gold standard” on this front.

Clean Wisconsin’s study of test results from almost 1,000 wells found that there is evidence such coal ash is contaminating groundwater that provides drinking water for thousands of residents.

Molybdenum itself is a serious concern, linked to developmental and reproductive problems and other health issues. And molybdenum could signal the presence of other toxic elements from coal ash, potentially including boron, arsenic, chromium, cadmium, mercury, lead and selenium. The study also found arsenic levels higher in closer proximity to coal ash reuse sites.

Clean Wisconsin is a member of RE-AMP, which publishes Midwest Energy News.

‘Just the tip of the iceberg’

In southeast Wisconsin, a major source of the coal ash is We Energies’ Oak Creek plant near Milwaukee. Clean Wisconsin was able to do the study because of well testing sparked by a long history of contamination problems in the area. Meanwhile the snapshot in southeast Wisconsin is likely indicative of problems across the state, the group says.

“This just happens to be where we focused because we had this information,” Cook said. “And even here it’s just the tip of the iceberg.”

Companies have to file reports with the federal government regarding how they dispose of coal ash. But there is no uniform way to find out where that coal ash ends up.

For example in 2011, We Energies reported using more than 800,000 tons of coal ash off-site. But poring through government records, Clean Wisconsin researchers were able to find records accounting for only about three percent of that material. Going back to 1988 they found records regarding 1.6 million tons of coal ash, and they were able to map the reuse of about one million tons.

We Energies spokesman Brian Manthey said that coal ash reuse information is included in annual, publicly available reports that companies file with the state Department of Natural Resources. But Cook said those reports do not provide adequate information.

“We were put in a room with a giant conference table piled high with boxes of loose-leaf paper that we sorted through to find what records we could,” said Cook. “We know those records are incomplete. And even the records that are there are not easily accessible to the public. If you’re a family living in Racine County, there’s no way you’re going to know that they’re putting thousands of tons of coal ash next door to you.”

A coal plant produces up to four types of coal waste, with different attributes. Lightweight fly ash rises with exhaust gases, heavier bottom ash accumulates in boilers; boiler slag is a crystalline material produced when waste is quenched with liquid; and plants with scrubbers to remove sulfur dioxide also create flue gas desulfurization (“FGD”) sludge, whitish in color. All of these compounds fall under the heading of coal ash for disposal and reuse purposes.

Manthey said that We Energies reuses 90 to 100 percent of the 500,000 to 600,000 tons of coal ash that it produces each year in southeast Wisconsin, with fly ash being used for concrete, asphalt recycling and soil stabilization, and bottom ash being used for structural fill.

When coal ash is used as an ingredient in concrete or otherwise combined with binding materials, there is little or no concern about contamination. But other reuses leave coal ash exposed to groundwater, air and soil.

“The majority of records we found were for structural fill, and there were also records for spreading it on park paths and roadways, even spreading gypsum [ash from scrubbers] on farm fields” as fertilizer, Cook said. “We’re less concerned about fly ash being used in place of cement in concrete, it’s not going to leach out. But when you use it as fill and pour it underneath a building, there’s nothing separating it from the groundwater.”

Molybdenum contamination of groundwater around the town of Caledonia prompted the testing of private wells by the Wisconsin Department of Natural Resources in years past. Using isotope analysis, that testing did not link the contamination to We Energies’ coal ash impoundments.

In fact, molybdenum – a naturally occurring element – was found in other areas of southeastern Wisconsin, said Manthey. “Recent tests show no wells near the plant are above the state health advisory standard for molybdenum.”

Clean Wisconsin analyzed 976 of those results and also did its own testing of wells around Yorkville Elementary School near Racine, where there had been past reports of high molybdenum levels.

Clean Wisconsin found that one in five of the wells tested by the state had levels of molybdenum above the state health department’s advisory level, 90 parts per billion (ppb). Additionally, the average molybdenum concentration across all the wells was 60 ppb, which is above the Wisconsin Department of Natural Resources’ enforcement standard of 50 ppb.

The study notes that the U.S. EPA says no child should drink water with more than 80 ppb molybdenum for even one day, and the World Health Organization sets the bar for concern at 70 ppb. Around the elementary school, they found levels of up to 138 ppb molybdenum.

Coal ash has been used as structural fill in the region since at least the 1950s. The bluff which collapsed sending coal ash into Lake Michigan in October 2011 from We Energies’ Oak Creek plant was itself constructed of coal ash in that era. Manthey noted that was before the institution of state solid waste rules that now prohibit such practices.

Cook said that millions of tons of coal ash spread over the state for half a century or more could still be causing contamination. As evidence of the long-lasting potential of coal ash contamination, Clean Wisconsin points to contamination found more recently near a four-decade-old coal ash landfill near Highway 59 in Waukesha.

The U.S. EPA and private studies have shown more than 100 sites of groundwater contamination from coal ash impoundments in at least 37 states, including 13 in Wisconsin and several in Illinois.

For years the U.S. EPA has been carrying out a highly contentious process to essentially decide whether to label coal ash a hazardous waste. Companies with coal-fired power plants and their allies have railed against the idea, saying that the designation would unfairly stigmatize a raw material that is safe and inert for “encapsulated” uses such as concrete.

While the EPA has not proposed banning such uses, industry proponents feel a hazardous waste designation would make other industries wary of using coal ash for public relations reasons. Curbing the ability of power plants to market coal ash would be a blow to the already challenged economics of coal-fired power plants.

“We oppose the designation of coal ash as a hazardous waste,” said Manthey. “The designation would impair the beneficial use of coal combustion products which could result in increased need for landfills and much higher customer energy costs.”

Without federal regulations specifically governing coal ash disposal and reuse, it is up to states to deal with the issue. This means a regulatory patchwork where states have varying standards and some have no standards at all.

Wisconsin regulates coal ash, but coal ash that is reused is exempt from waste disposal mandates. That creates the incentive for extensive reuse, the Clean Wisconsin study suggests. Wisconsin is also a state that relies heavily on coal-fired power, creating about 1.8 million tons of coal ash per year.

The U.S. EPA has also denounced the testing method used, which essentially involves shaking coal ash in water and seeing what chemicals leach out over the course of 24 hours. Critics say this does not adequately mimic real-world conditions.

More importantly, when coal ash is used as structural fill below roads or buildings, there is no requirement in Wisconsin to test for leaching of certain elements including lead, molybdenum and arsenic.

“These are things that we know can be a problem and can leach out of coal ash in high quantities, but they don’t have to test for if they’re putting it under a building,” said Cook.

The group says companies should be forced to do more rigorous testing to see how different types of coal ash will leach contaminants, and that records must be publicly available showing where coal ash is used.

Clean Wisconsin says liners and groundwater monitoring should be required when coal ash is used as fill below parking lots or buildings, and calls for a moratorium on the reuse of coal ash until the risks are better understood and there are protective regulations in place.

The authors note that North Carolina, site of a major coal ash spill earlier this year, has taken both steps.

Clean Wisconsin also demands research into the specific contamination potential and health risks posed by coal ash, and for widespread testing for contamination across southeast Wisconsin.

While calling on both the state and federal government to take a stronger stance on coal ash reuse, Clean Wisconsin is also enlisting the public to find out where coal ash may already have caused contamination. They are asking people to share test results from their own wells statewide.

“There’s no reason to think this is the only area in which this is a problem,” said Cook. “We want to get together and find out where else this could be happening in the state.”