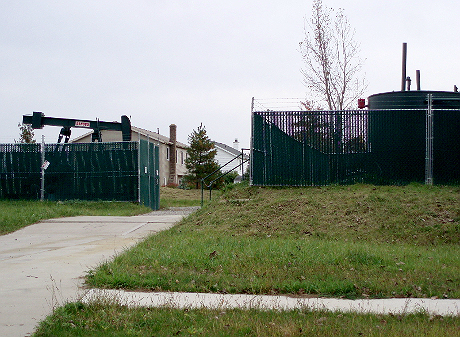 The Ohio Department of Natural Resources (ODNR) is siding with two oil and gas companies in a court case challenging a Cleveland suburb’s ban on oil and gas drilling within city limits.

The November 12 motion is the latest step in a series of cases where different branches and levels of Ohio government have faced off against each other. At issue is the extent to which each can limit how and where drilling and related activities take place.

The municipality involved in the case, Broadview Heights, is among a handful of Ohio cities that oppose additional oil and gas activities within their boundaries. Earlier this month, Athens became the latest Ohio city to ban new drilling within city limits.

ODNR and the gas companies claim local governments have no authority to limit any activities relating to oil and gas. Cities say the statute on which their opponents rely conflicts with the Ohio Constitution.

The Ohio Supreme Court is expected to rule any day now in a similar dispute involving the Akron suburb of Munroe Falls. That case involves cities’ zoning authority over drilling.

Broadview Heights, a suburban community of about 19,000 people, is “Everywhereville, USA,” according to Nathan Rutz of Ohio Citizen Action in Cleveland.

In 2006, gas company representatives “really started invading the community, getting people to sign leases,” said resident Tish O’Dell. She helped form Mothers against Drilling in Our Neighborhoods (MADION) and is now active with the Ohio Community Rights Network of the Community Environmental Legal Defense Fund.

In one case involving family members, O’Dell said qualified buyers were denied a mortgage because a gas well was located two houses away. Lot sizes in the city are about half an acre, she noted, and the city is almost all residential. “We don’t have any industry here,” she said.

In 2012, Broadview Heights residents voted 2-to-1 in favor of a charter amendment banning further drilling activities in the city. In that same election, about 55 percent of the city and surrounding suburbs voted for Republican presidential candidate Mitt Romney.

ODNR’s brief in the Broadview Heights case argues that the state agency is the only one that can permit or deny drilling anywhere within the state. The gas companies and their industry association agree.

“The General Assembly made it pretty clear through Ohio Revised Code [Chapter] 1509 that the state of Ohio, through the Ohio Department of Natural Resources, has sole and exclusive authority in Ohio over the oil and gas industry,” said Mike Chadsey, spokesperson for the Ohio Oil and Gas Association.

RUMAs spell out routes for traffic to and from drill sites. The terms also require operators to improve or repair roads that will bear heavy traffic.

“If you’re talking to township or county officials, they’re happy because they get free road improvements,” Chadsey said. So far, Chesapeake Energy has spent roughly $40 million on road work in rural Carroll County, he noted, which dwarfs that county’s own budget of $500,000 per year.

However, if local officials don’t agree to let the traffic in, a company could just submit an affidavit saying it used best efforts to reach agreement on a RUMA, Chadsey said. Then ODNR could go ahead and issue the drilling permit anyway.

‘To keep a community livable’

Broadview Heights isn’t the first Ohio city to resist the expansion of drilling.

In 2011 the city of Munroe Falls went to court after Beck Energy ignored local zoning laws before beginning drilling. Among other things, those laws require construction permits, notice to neighboring property owners, bonding, issuance of a zoning certificate and fees.

That case has now been briefed and argued before the Ohio Supreme Court. A decision is expected sometime between now and the first of the year, said Chadsey.

More than four dozen entities have appeared in the Munroe Falls case in support of either the city or the gas company. As with Broadview Heights, the State of Ohio’s brief for ODNR sides with the gas company.

In the Ohio Supreme Court case, the gas companies, ODNR and their other supporters say Ohio statutory law preempts local limits on drilling, even when drilling violates existing zoning laws.

“We actually do have a right to local self-government,” said O’Dell. She believes ODNR’s position conflicts with the Ohio and United States constitutions.

Risner, a former geologist for Exxon, acknowledged that Athens has limited oil and gas resources within its borders. However, the town’s geology could support deep injection wells for fracking wastewater contaminated with heavy metals and radioactivity.

Whether cities adopt a ballot initiative or exercise existing zoning authority, they are basically working for the same goal, Rutz said—“to keep a community livable.”

“Communities ought to be able to choose areas where they do or do not want to have drilling occur,” Rutz said.

Indeed, communities routinely regulate how and where any industrial activity takes place and designate areas for different types of uses, he noted.

“Ohio’s urban drilling rules allow oil and gas wells to be quite close to people’s houses and property lines, even if the people nearby didn’t want the well or aren’t even part of the drilling acreage,” he noted. Spills can occur too.

By contrast, Ohio recently passed a law requiring wind turbines to be set back more than 1,100 feet from the nearest property line.

Not every Ohio community wants to ban drilling. On the same day that Athens passed its ballot initiative, the cities of Youngstown, Kent and Gates Mills rejected similar propositions.

Youngstown had voted down ballot propositions several times before too. “The industry has been spending tons of money in Youngstown,” Rutz said.

Yet despite the pending lawsuits, Risner and other advocates are not deterred. After all, litigation costs companies money, he noted, and courts are independent of gas companies and ODNR.

“The oil and gas industry has used the court as a bully pulpit and to threaten people for a long time,” Risner said. “Well, you know, it works the other way too. People can use the courts to their advantage.”

Ohio Citizen Action is a member of RE-AMP, which publishes Midwest Energy News.