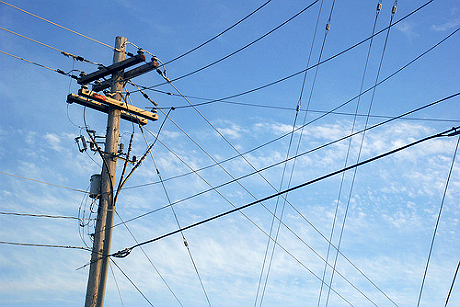 (Photo by Eric via Creative Commons)

Depending on who you ask, Michigan’s customer choice law for electric service is either too limited or doesn’t go far enough. And the debate will very likely be revived in the legislature next year.

The question is whether the state will move back to a fully deregulated market (as it was from 2001 to 2008), eliminate any form of customer choice or maintain a percentage cap with revisions.

Michigan’s choice law, which has a 10 percent cap on customers who can participate, is seen by some as the reason behind an energy crisis in the U.P., as well as a potential roadblock for dealing with a projected capacity shortfall in coming years.

But deregulation supporters, who believe all ratepayers should be able to choose their electricity suppliers and allow competition to drive down rates, dispute both of these claims. They point to Michigan’s comparatively high rates in the Midwest and the thousands of customers waiting in line to exercise electric choice, but can’t because the cap is filled.

Those supporters are gearing up for a 2015 legislative fight in hopes of fully deregulating Michigan’s market again.

“Customer choice is clearly in the crosshairs,” Michigan Public Service Commissioner Greg White told a conference sponsored by a pro-deregulation organization in Lansing on Tuesday.

Still, multiple speakers at the event recognized that it would be an uphill climb legislatively. Supporters are up against the powerful lobbying of major investor-owned utilities, as well as a Senate energy committee chairman who doesn’t support going back to deregulation.

The politics of choice

“The push has already started in earnest by utilities to kill the last 10 percent of customer choice,” said Laura Chappelle, an attorney who represents Energy Michigan Inc., the group comprised of alternative energy suppliers that hosted the conference. Chappelle is also a former MPSC commissioner, appointed by former Republican Gov. John Engler.

One of the most vocal supporters of deregulation in the Legislature is state Rep. Mike Shirkey, a southern Michigan Republican who last month was elected to the state Senate. Last year, Shirkey introduced a bill to eliminate the 10 percent choice cap, but it never made it out of committee.

Wayne Kuipers, a former Republican state legislator and executive director of Energy Choice Now, said at Tuesday’s conference that he believes it will be reintroduced in the next session.

“He introduced a bill that would put a stake in the heart of utilities,” Kuipers told the audience. Shirkey could not be reached for comment.

“As much as utilities are providers of energy, they’re also political beings,” Kuipers added. “As we try to make our case in the trenches, it’s an uphill battle. … Campaign contributions from utilities will keep us in the status quo.”

The legislative fight will likely play out among Republicans, who have a supermajority in the Senate, a majority in the House and control all top elected offices.

State Sen. Mike Nofs, who chairs the Senate Energy and Technology Committee and has been leading workgroups focusing on next steps for renewable energy, efficiency and choice, is not interested in moving back to deregulation.

At an Upper Peninsula energy conference in October, Nofs told the crowd of over 300: “The argument is getting strong to me that we should go back to a regulated market.”

“If someone asked me today, I’d be leaning toward that,” he said last week.

Nofs said a possible outcome, if the cap stays at 10 percent, is that those who chose to leave their utility get one more choice to come back or stay where they are, but they would have to work with the utility to help pay for any new capacity costs.

“Because of the capacity issues in the next five to 10 years, we can no longer plan for you to maybe come back some day, maybe you won’t,” he said. “That’s where the Senate is heading.”

Demand is there, rates are high

Yet choice supporters point to recent numbers reported by Michigan utilities showing more than 11,000 customers across the state waiting in line. Most choice customers are industrial or mid-size commercial users, according to the MPSC.

Although the number of choice participants ranged from 3 percent to 20 percent of total load between 2000 and 2008, Kuipers the number of those now waiting in line would total 25 percent.

The MPSC noted in a report last year, however, that choice participation “typically moves in inverse proportion to wholesale energy prices and did so during this period.”

A recent utility-commissioned report by Public Sector Consultants highlights the state’s projected capacity shortfall and says that those cheap wholesale prices, due in part to the recession, will soon end as aging coal plants retire to comply with federal pollution regulations.

“With education and with all of the information and facts in place, it’s very clear that an open market does not fit well for an electric delivery system,” Transeth said. “In a market with excess capacity, choice looks nice. That’s why for so many years there was a push to go back towards choice because markets were favorable to that.”

Chappelle — who advised on the drafting and implementation of the state’s first retail choice law — said the Public Sector Consultants report “picked and chose facts to rely on,” particularly that customer choice would prevent solving capacity shortfalls.

“We’re not saying we don’t need adequate capacity, we just want to make sure we’re not overbuilding,” she said.

Dave Mengebier, senior vice president for governmental and public relations with the investor-owned Consumers Energy, said deregulation is “leading to serious questions about reliability” across the nation.

Consumers supports going back to a fully regulated market, but if the Legislature decides to keep some form of a cap, the utility wants to see one choice made permanent and “ensuring all customers pay their fair share.”

There is also a dispute about the role Michigan’s choice law has had in the unfolding problems associated with the Presque Isle Power Plant in Marquette. The issue has gained national significance, sparked when the plant’s largest customer — mining company Cliffs Natural Resources — exercised a provision in Michigan’s choice law that exempts Upper Peninsula mines from the 10 percent cap.

Chappelle said “it’s far more complicated” than that, adding that responsibility should be shared for a lack of planning.

“That’s part of it. Eighty-five percent of (Presque Isle’s) load leaving has to be acknowledged,” she said. “Doing that in one fell swoop may not be advisable.”

She said that Wisconsin and Michigan were both aware that We Energies wanted to shutter the plant for at least a year before Cliffs exercised choice due to costly pollution controls.

“The plant was in trouble long before the load decided to leave,” she said.

The legislator who was instrumental in getting the mines exempted has told Midwest Energy News that he has no regrets about the legislation. Others have called it a lesson in how deregulation can harm markets.

Transeth says the argument comes down to planning: Do we plan for the lowest rates now (“energy pricing”) or invest based on future (or, predictable) needs (“capacity pricing”)?

“I truly believe the issue isn’t about choice or regulation,” Transeth said. “The issue is about capacity and how we are going to make sure we meet our needs going forward. We get caught up in the present day and philosophical ideas about wholesale markets. If you start to debate how to ensure capacity, it takes on a whole different aura.”