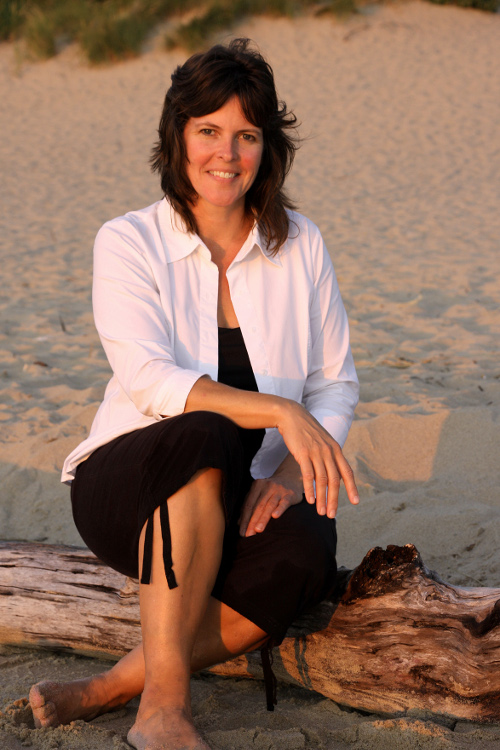 For Michigan author Maryann Lesert, an accurate portrait of the fracking industry only comes from years of visiting well sites, researching scientific literature, attending oil and gas land-leasing auctions and talking to residents who can see 100-foot-tall drill rigs from their backyards.

That’s exactly what Lesert did while developing for her novel-in-progress, “Threshold,” a fictional telling of her biographical journals and experiences teaching college writing courses. Set in Michigan, the end result is a deep distrust of the industrial practice, a perceived threat to Michigan’s connection to nature and water.

“Threshold” — named after the concept knowing “what circumstances or situations will cause each of us to act so we don’t rationalize and deliberate indefinitely,” she says — will be Lesert’s third novel. Her first, “Base Ten,” was published in 2009 and explores the struggle of women who pursue careers in science, but which also pays homage to Michigan’s natural landscape. Lesert’s second, the novel-in-progress “For Lydia,” draws on personal experience seeing a family member struggle with Alzheimer’s.

Lesert, 51, began her professional writing career as a playwright, publishing and producing several plays after her first in 1998. She is an associate professor of English at Grand Rapids Community College. Pursuing the fracking industry is part of Lesert’s lifelong interest in the environment, social justice and the sciences. And seeing, not just reading, is what Lesert says has been a vital component of “Threshold.”

Lesert sat down with Midwest Energy News last week to talk about the novel and fracking in Michigan. The interview has been edited for length.

Midwest Energy News: How have science and the environment influenced your writing?

Lesert: One of my first plays was called “Superwoman,” kind of a one-act 90-minute dash — a biology versus technology look at our lives.

My first novel, “Base Ten,” was published in 2009 by The Feminist Press and the National Science Foundation. The main characters are two female astrophysicists. That novel was probably the first time I had a chance to put together my lifelong passion for the natural world, as well as looking beyond the natural world as just the planet — the universe as being the natural world. The science and the natural world ties were integrated throughout the novel.

Since that time, I’ve worked on two different novels. One of them has to do with the research and the science behind Alzheimer’s, based on some very personal experiences. I had a father who was diagnosed with Alzheimer’s and we, as a family, watched that disease ravage his mind. In the end, instead of writing exactly what we lived, I decided to write a novel.

In 2011, I started researching for (“Threshold”) and committed to the idea of writing it. In some of my classes (at GRCC), the environment and sustainability are the focal point. In the process of researching horizontal hydraulic fracturing and all of the issues around it, I started writing more and more about it, mostly nonfiction and short articles.

Have you been able to draw any connections between your two latest novels?

There’s a throughput in all of my novels that we are a part of our environment. It’s not just a surface or a stage we walk or act upon. While working on the novel-in-progress about Alzheimer’s, I’m looking at the possibility that some of the neurological problems that we are experiencing as humans could very much be tied to environmental problems, environmental toxins — things that we’re creating that could remain for a very long time.

Do you consider yourself an activist?

As a writer, sure. I think all of my writing has a drive to inform, a drive to put something in front of us I a way we can think deeply.

Are you more of a fly-on-the-wall at protests or public meetings?

At public meetings, I’ve done both. (In some meetings), all I do is listen, gather notes, sit back and watch. (In others), if I’m listening and feel like no one is talking about things like earthquakes, methane migrating in water, the potential for hundreds of chemicals or acids or gelling agents used in the process, I don’t have a problem standing up and asking a question about them.

But I’m not there as a protester, I’m there as an observer.

Do you have a distrust of the media as it covers these issues?

I would say it’s more a concern for what we’ve all become prey to: right-now journalism. You’re assigned a story you need to cover, you need to very quickly get notes. So a reporter covering, for instance, leasing auctions in Michigan is probably going to go to the DNR or DEQ. They’re probably not going to have time to go to the people who live on the border of state land who thought they’d never see state land used for oil and gas development or a 136-foot fracking drill rig placed 1,500 feet from a wetland. So, it’s a concern about the process of the way news is made.

How does Michigan compare culturally on the fracking issue with other states?

One thing I’ve noticed is that people in Michigan are water people. Water is such a part or a way of how we live and think about our environment that there’s an intuitive and intellectual and scientific understanding that water is sacred. We understand just how important water is and what an incredible force of nature it is.

What is your response to the common refrain from state officials here that fracking has a safe track record in Michigan?

When the Michigan DEQ talks about fracking in Michigan and the fact that it has a strong safety record, I think that if you focus on only the well head itself, that for now that might be pretty true.

One of my concerns after visiting a lot of well sites is all of the subcontracting that occurs. Trying to many any huge process, especially industrial ones, without constant vigilance and attention, there’s bound to be accidents. And there’s proof of all kinds of environmental contamination that has been around the periphery and on and around a site.

There is a documented case where at one of the well sites being actively fracked, flow-back water was taken from a site and spread on roads because it was mistakenly thought to be a less insidious form of produced water called brine. At well sites I’ve visited, chemical vats and tanks were sitting on quarter-inch black plastic liner that supposed to make us feel comfortable about protecting the ground. I’ve photographed that liner in a ripped up state. I’ve been on a farm where I’ve watched from an elderly couples’ house silica sand dusting up 20 to 30 feet in the air.

I’ve witnessed these things. Anybody living in these places has experienced these things. I think that safe fracking comes from a focus directly on the wellhead without paying attention to all of the processes that go into fracking.

Given the trajectory — politically and economically — of a lot more natural gas being used as we transition from coal, do you see any upside to natural gas development?

After being on so many sites and feeling, seeing, smelling, tasting, photographing what I have, the only upside I see in Michigan is that I think there is a lot of citizen and activist organizations that have done a lot to educate the public about fracking and learn about it more in depth. In Michigan, there hasn’t been much fracking that has occurred yet and on the education curve, we’re way far ahead of other states, unfortunately, that have experienced some very real problems.