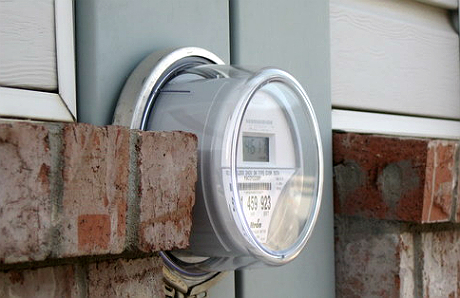 Photo by via Creative Commons.

An Ohio utility wants state regulators to let it disconnect some delinquent customers from electric utility service without any in-person visit to their home.

Opponents argue that the plan by American Electric Power’s Ohio Power Company runs counter to state law. Plus, they say, the plan and other aspects of smart-meter policies would unfairly burden low-income households and other vulnerable groups.

AEP’s remote-control disconnection plan would be a two-year “pilot” program covering approximately 130,000 customers in a test area who already have smart meters.

Meanwhile, AEP awaits PUCO approval to expand its gridSMART meter program by an additional 900,000 customers. Customers will pay added charges on their bills as areas get the new meters—whether they participate in the program or not.

The Ohio Administrative Code requires utilities to give “personal notice” to a delinquent customer or an adult consumer at the home on the day service is disconnected. “If neither the customer nor an adult consumer is at home, the utility shall attach written notice to the premises in a conspicuous location prior to disconnecting service,” the rule adds.

“These procedures do not recognize the use of smart meters for disconnection purposes,” said AEP spokesperson Terri Flora.

“In the past, we would knock on a door in an attempt to notify the customer,” Flora said. “This was not a successful practice.”

“We are not doing away with notifying the customer in advance,” Flora stressed. “Now, instead of knocking on a door, we will call the customer to notify them of the disconnection.”

“Keep in mind, if a customer is being disconnected for non-payment, they already have received several notifications of the account being past due and subject to disconnection through their electric bill,” Flora added.

“In particular, the way that the Commission has interpreted that law is you’ve got to send somebody to the customer’s residence on the day of disconnection to make sure they know their rights and remedies,” Rinebolt added. “Now they don’t want to do that. They want to send you a robocall two days before they turn you off. It’s not the same.”

AEP argues that the advantages of remote disconnections justify a waiver.

“Using remote disconnect has many advantages, including eliminating the need for company personnel to travel to a location and physically disconnect the meter, saving customers trip charges and lowering costs to customers over time,” Flora explained. Reconnection can take place remotely too.

“It also is a safety issue for both the company and the customer by not having the need to enter a customer’s property,” Flora added. Along these lines, AEP’s filings with the PUCO cite potential risks from “contact with animals or other hazards at the premises, … customer threats or possible vehicle accidents.”

But the in-person visit protects people’s safety too, Rinebolt stressed. “It literally can mean life or death for people if they don’t have their electricity.”

In one Michigan case cited by Rinebolt, a 93-year-old man froze to death after the local utility had restricted and then remotely shut off his electricity because of unpaid bills.

AEP’s filings state that it would not remotely disconnect customers “coded in the Company’s system as ‘vulnerable.’”

Unless someone calls in advance to volunteer that information, however, “They have no mechanism to determine who vulnerable customers are,” Rinebolt said.

AEP’s filings state that “only 5.8 percent” of customers in a company sample of 10,102 delinquent customers asked for a one-hour extension to pay their bills after an in-person visit. Not all of those people were “able to pay and hence avoid disconnection.”

But that means some customers did make a payment—and thus kept their power on. For customers subject to remote disconnection, “Ohio Power would deprive them of that opportunity,” the Office of the Ohio Consumer’s Counsel wrote in its January 6 brief in the case.

Designation of the program as a “pilot” project does not diminish opponents’ concerns.

“‘Pilot’ means you’re supposed to study it,” Rinebolt noted. AEP has “nothing here they want to study.”

“The proposed pilot seems to be nothing more than a ploy to allow Ohio Power to remove essential consumer protections that allow customers to avoid disconnection of service,” the Office of the Ohio Consumers’ Counsel wrote in its brief.

Rinebolt also worries that the “pilot” designation might make it easier to expand the plan later.

“Whenever the Commission is confronted with opposition to something that makes the utilities’ lives easier, they call it a pilot,” Rinebolt said. “And then two years later they approve it without studying it.”

Although not included in the disconnection waiver request, Phase 2 of AEP’s gridSMART program would add smart meters with the remote shut-off technology to an additional 900,000 homes.

Future impacts might be even broader if the technology is eventually expanded to include AEP’s whole service territory. AEP Ohio Power issued approximately 2.1 million final disconnection notices to customers throughout its service territory between June 2013 and May 2014.

Smart meter or not…

Customers who get smart meters in AEP’s expanded program would pay an average of $2.40 per month more as a rider on their bills. In return, they would get improved service, Flora said.

“Customers will be able to receive more accurate and timely information regarding their energy consumption, improved billing accuracy and improved reliability,” she explained. Smart grid improvements would also save money.

However, AEP does not currently plan to offer such variable rates itself, because its Ohio Power Company is now a “wires only” utility, she said. In a companion case before the PUCO, AEP is asking to end such rates for the pilot test area. Objections were filed by several intervening parties.

Lower pollution levels can result because there is less need to run the most expensive, least efficient and often more polluting plants to meet peak demand.

Even if variable rates based on time-of-day usage were available, Rinebolt said low-income households often lack flexibility in their schedules. Thus, they may be less able to take advantage of lower rates for off-peak hours.

“The clients we serve would save a lot more energy at a lower cost if we just gave them an efficient refrigerator and efficient light bulbs,” Rinebolt said. “That’s cheaper than putting in a smart meter over the life of the devices.”

Other groups have expressed concerns about privacy and the ownership and use of data from smart meters.

However, not putting in a smart meter could cost customers much more than having one in. Under AEP’s plan, opting out of the smart meter program would cost $31 per month.

“The fee proposed reflects the average actual cost of a meter reader going to a specific location to read a meter,” Flora said.

The Office of the Ohio Consumers’ Counsel has said a fee of $10.49 would be more appropriate.