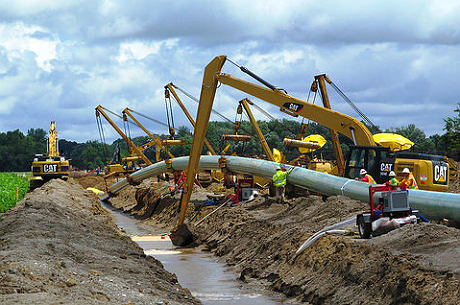 In March, Michigan Gov. Rick Snyder plans to make a major statewide energy policy announcement. While he has not publicly disclosed details of his plan, some lawmakers and clean-energy advocates are concerned about the Republican governor’s over-commitment to natural gas as aging coal plants close.

Snyder spent roughly one minute during his 49-minute State of the State speech Tuesday night talking about the “need for a long-term policy.”

“It needs to be an adaptable policy because of the lack of federal policy and the challenges of a global marketplace. It needs to focus on important things such as eliminating energy waste and the conversion of coal to natural gas — an asset of the state of Michigan — and renewables.”

Snyder reportedly said at a conference last week that Michigan is “well positioned to actually have a fair amount of that coal demand go to natural gas.” He said his plan is based on three pillars of “affordability, reliability and environmental protection.”

Snyder’s press office did not respond to multiple requests for comment.

But while Snyder has not given details, some are concerned about an over-reliance on natural gas, particularly for its relatively volatile prices compared to wind and solar, and the success of a mandated 10 percent renewable portfolio standard set to expire this year.

While state Rep. Jeff Irwin, D-Ann Arbor, praised Snyder’s goals for more energy efficiency, a renewed RPS program “is going to be a harder goal to accomplish,” particularly with the Republican-dominated Legislature.

“We’ve seen the power companies easily meet their (RPS) targets, we’ve seen renewable energy resources coming online at a much lower rate than anticipated and a lot of economic activity as a result of that,” Irwin said Wednesday.

Irwin has focused on energy policy during his time in the Legislature. Last year he introduced several bills meant to incentivize renewables, distributed generation and energy efficiency.

“This talk about maximizing the use of natural gas could certainly be used as a foil against additional improvements and investments in renewables,” he said.

According to recent research from the University of Michigan’s Energy Institute, Michigan could achieve 25 percent renewables by 2025, costing the average household $2.60 a month.

So far, it’s unclear what policy changes could emerge from Snyder’s goals and work being done on revising the 2008 renewable energy law in the Senate Energy and Technology Committee. The committee chair, Republican Sen. Mike Nofs, has implied a heavy reliance on natural gas through his preference for a newly devised “clean energy standard,” would include natural gas.

“If we go that route,” Irwin said, “it would be disastrous to the economic opportunities for wind, solar, geothermal heating and other things. I think that’s a real threat. … I definitely have some concerns about whether we’ll continue in being successful in growing the renewable portfolio or whether we’ll give in to the interests of fossil fuel companies that want very much to control their share of the market.”

As for Snyder’s three pillars (affordability, reliability, environmental protection): “Exactly how are we going to get around to protecting the environment?” wonders James Clift, policy director for the Michigan Environmental Council. “In the 2008 legislation, we did it through an RPS and energy efficiency standards. Do they plan on using those? If so, what are the new numbers?”

And while Clift recognizes natural gas will play an important role in Michigan’s energy transition, “We’re a little worried about over-commitment in the area of natural gas. We’re worried about too much demand pressure on that sector and might we see some price spikes that we’ve seen in the past. We think there’s probably a place for a significant amount of renewable energy to be part of that package as we move forward.”

During his speech Tuesday, Snyder referred specifically to a proposed solution for the Upper Peninsula’s power crisis that could have dramatically increased rates to keep a coal plant open. Tentative plans involve building a 280 MW natural-gas plant to supplant the coal-fired Presque Isle Power Plant.

But as natural gas still emits carbon, Clift said, “You have to close a lot more coal than if you blended in more renewables.”

Controlling its own destiny

At a conference Tuesday morning, Snyder’s deputy legal counsel and senior policy advisor, Valerie Brader, echoed the state’s position of moving toward more natural gas and renewables in lieu of coal. Brader, as she said in the Upper Peninsula three months ago, added, “What Michigan really needs now is a state-driven plan” to avoid energy decisions being made by the federal government and the Federal Energy Regulatory Commission.

The comments are in the context of what unfolded in the U.P. and what many say could happen in the Lower Peninsula with a projected 3 GW capacity shortfall by 2016. A one-page policy briefing on the governor’s website also states: “If we don’t set our own policies here in Michigan, decisions will be made for us in Washington D.C., and we won’t like them.”

One advocacy group — Citizens for Michigan’s Energy Future — has already started an advertising campaign on the topic, seeking to “ensure — as the Legislature tackles energy policy issues — they deal with this capacity shortfall issue,” said spokeswoman Kelly Rossman-McKinney. The group echoes the same talking points about a Michigan-driven solution.

MIRS News, a political newsletter based in Lansing, reported earlier this month that the group has strong backing by the two major investor-owned utilities, DTE Energy and Consumers Energy. Clean Energy Now, which advocates a transition to more renewables, has called CMEF “shadowy” for not initially disclosing its financial backers.

“We have been very straightforward,” Rossman-McKinney responded. “We filed all of the appropriate paperwork and we have nothing to hide.”

McKinney’s organization is aligned with other advocacy groups that support eliminating Michigan’s 10 percent cap on electric choice. “A number of members” of one of those groups, the Michigan Jobs and Energy Coalition, “are very resistant to (renewable energy) mandates,” she added.

Clift said the “PR campaign is lightly looking into” the capacity shortfall issue, but agrees the topic is a major player in this year’s energy discussion. Potential rate hikes could hit average customers throughout the Lower Peninsula, he said.

But he believes major utilities should have had a better long-term planning mechanism in place to predict capacity shortfalls, avoiding these types of major decisions in a short amount of time. He wonders whether it could be as simple as the Michigan Public Service Commission requiring utilities to plan better in the long term.