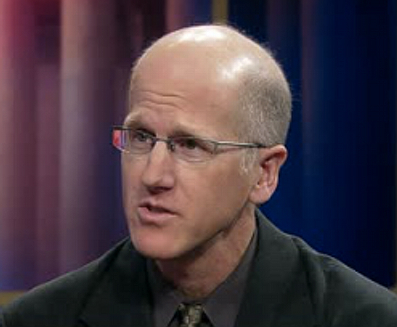 GTM Research’s “Regulating the Utility of the Future: Implications for the Grid Edge” looks at four other states in addition to Minnesota – California, Massachusetts, New York and Hawaii.  Written by consultant Bentham Paulos, the report focuses mainly on regulatory changes in each state that may open the door for business opportunities for grid companies.

The attention is warranted. Minnesota has several efforts underway now at the Legislature to encourage regulatory transformation and greater distributed energy.

On the policy side, the Great Plains Institute’s E21 Initiative offers an emerging, not quite complete roadmap to the utility of the future; the Citizens League produced a report on utility restructuring and used a clever video to kickstart the conversation at the Capitol; and Minnesota Clean Energy & Jobs proposes that lawmakers increase the renewable energy standard to 40 percent by 2030 (the coalition includes members of RE-AMP, which publishes Midwest Energy News).

The effort includes participation of such major state utilities as Xcel Energy and Minnesota Power. That effort, along with the value-of-solar debate at the Minnesota Public Utilities Commission, led to Minnesota’s inclusion in the report.

“There has been an endless amount of interest in the utility of the future,” Paulos said. “It started two years ago when the Edison Institute commissioned a paper on how solar, in particular, would impact the traditional utility model.

“Depending on your perspective it was either an exciting opportunity or dire threat. The argument has come to the domain of regulators, who are starting to look at these issues with the idea of pursuing these regulations and policies that could promote distributed energy.

“The PUC dockets show where states are making changes. We thought it was a good time to look at what commissions were doing in their dockets, which is where public policy is made.”

Regulators, he adds, will determine whether renewable energy and grid technologies will find a place in the future.

“The rules the commission makes will determine the success or failure of distributed technology — they’re fundamental to the growth of the distributed utility concept,” he said.

Paulos spoke with Midwest Energy News about his report.

Midwest Energy News: Where does Minnesota fit in with the other states?

Paulos: Minnesota regulates utilities pretty heavily and sees energy as a state-regulated monopoly. Massachusetts and New York are competitive deregulated markets. Hawaii is fully regulated and California is a mix of both regulatory environments.

How do you see Minnesota in the mix of these states?

We included Minnesota because it is where the utilities and regulators are more proactive and more progressive than other states about the role of utilities in a landscape where customers are creating energy. It’s not like Wisconsin, where We Energies is not into change along these lines and the regulations it sought and won were a preemptive action. There’s not even a lot of solar in Wisconsin.

Why did We Energies take that route — one that other utilities are looking at?

You have a section of the report dealing with the value of solar in Minnesota. Can you talk about that?

The value of solar concept started in Austin, Texas, in its municipal-owned utility. The argument is that customers are paid a rate based on the cost of producing energy, with the belief solar has unique value beyond being just an electric producer. It creates no emissions so it has environmental benefits. It has economic benefits because we’re not importing fossil fuels. There are all these values of what it’s worth.

So how would it compare with net metering?

Net metering is a very simple trade of electricity. It doesn’t say anything about when it’s traded or how it’s produced and when it’s produced. It’s a good answer to pricing solar and an effective way but it’s not necessarily the correct answer. Net metering may not be the right way of valuing the cost and benefit of solar. [Paulos further clarified that net metering is the best choice at current levels of solar, but that new approaches should be tried as solar grows]

Your report addresses the economic opportunities for grid edge technology companies. What are “grid edge” technologies?

This is a phase Greentech Media came up with that is a fleet of technologies and services that live at the edge of the grid, basically — like solar, smart thermostats, storage technology, and demand response services where a third party can control clients’ energy use. It’s a bit like smart grid. But we saw that as an overused term and no one knew what it meant. “Grid edge” is the evolution of that term.

What opportunities are there for consumers using grid edge?

The distributed technologies allow consumers to be much more involved in the power system. In the old model the utility generated all the electricity and sent it, and consumers sent back their money. In the new model consumers generate their own power and participate in grid edge technologies.

The regulatory proceedings [focused on the utility of the future] are active right now but the most important rulings haven’t been made yet. In New York there will be a big ruling in the next few months. In Massachusetts the rulings have been made and now the plans are being made. Hawaii is on a faster time frame because electricity is so expensive — 35 cents a kilowatt hour. If you’re a homeowner there you’re losing money without solar panels.

Are we years away from a meaningful change?

The transformation will take a number of years. But distributed technology can spread surprisingly fast. Solar has a tendency to explode. In Germany the power system uses 75 gigawatts and it added 30 gigawatts of solar in three years. They added so much so quickly they had to clamp down on solar. In Minnesota the solar garden program had 431 megawatts of (proposed) projects the first day and they were expecting 10 MW, maybe, a year.

What are some of the changes other states are seeing in their utility structure?

New York and Massachusetts are looking at building out the local distribution grid to allow for distributed technologies. They want the utilities to become the platform for new technologies to be deployed by customers and third parties. It turns them into a neutral facilitator.

That’s an interesting philosophy Minnesota should consider — that utilities should become facilitators of these technologies rather than a victim or opponent of them. That’s a contentious issue — what role the distribution utility should have in selling these things. If they’re supposed to be a neutral platform provider than they shouldn’t have a vested interest in any one technology. Therefore they shouldn’t sell any technology. Third party vendors are strongly opposed to utilities selling things in the market.

What can Minnesota learn from other states?