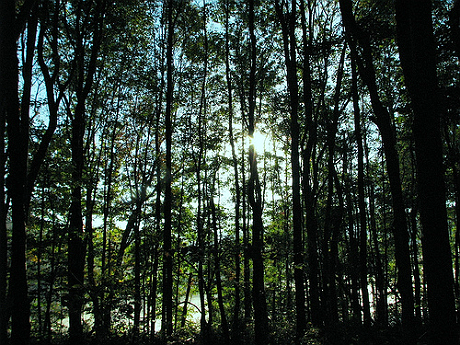 Barkcamp State Park is one of several in Ohio that have been eyed for coal mining. (Photo by jcsullivan24 via Creative Commons)

Coal mining could still proceed at Ohio park and conservation lands, even after a subsidiary of Murray Energy Corporation withdrew its application to mine under part of Barkcamp State Park.

Trial is slated to start in July over a proposal to strip mine 65 acres of Brush Creek Wildlife Area in Jefferson County. That’s the equivalent of about 49 football fields.

The Ohio Department of Natural Resources (ODNR) also reports that it has issued or received other permit applications for coal mining on state-owned property. Burr Oak State Park, Harrison State Forest, Egypt Valley Wildlife Area and other parcels are among the potentially affected properties.

Murray Energy has complained that staff at ODNR “deliberately thwarted” issuance of a permit for its Ohio Valley Coal Company subsidiary to mine under 16 acres at Barkcamp State Park. The permit would also have included additional land northeast of the park.

“The permit at issue would have allowed us to mine a small corridor area, partially under Barkcamp State Park, with no impact on the surface whatsoever, allowing us to access our coal reserves northeast of the Park,” explained spokesperson Gary Broadbent in a prepared statement. “The mining of these additional coal reserves would have lasted beyond 2017 and would have added years to the life of The Ohio Valley Coal Company’s Powhatan No. 6 Mine.”

“Indeed, the permit was deliberately thwarted by the Assistant Director of ODNR, Mr. Fred Shimp,” the statement said.

“The record is clear that Mr. Fred Shimp failed to act on our permit application in [a] diligent and timely manner,” Broadbent wrote in response to a question about which specific actions “deliberately thwarted” issuance of the permit.

“We cannot speculate as to what caused ODNR to delay issuing this limited and routine permit,” Broadbent added.

ODNR “had the ability to approve the permit sixty-one (61) days after our application submission, but they clearly failed to do so,” Broadbent noted.

Various local and federal agencies may weigh in as well.

ODNR records reflect an exchange of emails and letters about the requested permit. During September and October, five letters from ODNR requested additional information, supporting materials or technical corrections. The agency finally deemed the permit application complete on November 7, 2014.

On November 25, ODNR advised that the application had been reviewed, but that “revisions are required before processing can continue.” The letter included a request for a “Hydrologic Inventory and Analysis with the required three samples.”

The company withdrew the permit application altogether in mid-January.

“The Ohio Valley Coal Company simply could not afford to have its employees and equipment idled while ODNR deliberately delayed the processing of this routine permit application,” Broadbent’s statement said. The company had been using those resources in another nearby area, he indicated.

Environmental advocate Dan Sawmiller of the Sierra Club’s Beyond Coal Campaign had a different opinion.

“From beginning to end you have impacts on our air, our land, our water, and our climate” from coal mining, said Sawmiller. “When we think of all these potential dangers of mining, [ODNR] shouldn’t be a rubber stamp for that industry.”

“And I’m sorry if Bob Murray thinks that they’re not moving fast enough. But they are the protection for the public. They need to do their diligence,” Sawmiller added. The company controlled when it filed the permit application, he noted.

“If he knew that other areas of his business were going to be moving on, and he needed those economies of scale, then he should have applied with enough time for the agency to properly review and protect the public while providing what it is that he was looking for,” Sawmiller said. “The fact that he didn’t do that does not reflect poor judgment on behalf of the agency.”

Meanwhile, ODNR continues to fight a proposal to strip mine 65 acres at Brush Creek Wildlife Area in Jefferson County.

Last September, the Ohio Supreme Court reversed a lower court ruling that would have prevented that strip mining as a matter of law.

The court sent the case back to the trial court for further proceedings. Trial is currently scheduled for July 23, reports Heis.

“The Snyder case did not rule that state lands may be strip mined without an express grant to do so, but merely remanded the matter back to the trial court to determine what ‘reasonable surface right privileges’ are associated with a reservation of ‘all mineral rights,’” Heis explained.

“The court has yet to rule on this question,” Heis added. “Therefore, the question of whether strip mining may occur on those state lands has not yet been determined.”

Ronald Snyder and Steven Neeley had argued in the Ohio Supreme Court case that the strip mining would take place on only ten percent of the land for which they hold mineral rights.

The state argued against that position, but the Ohio Supreme Court disagreed that the mining would be unreasonable as a matter of law.

“If the site is designated as a wildlife area and for conservation, no acres of that land should be designated for strip mining, which goes against the very premise of conservation and preservation,” countered Christian Adams of Environment Ohio, which is not a party to the case.

“I think the impacts of mining and drilling operations in public lands go well beyond the immediate environments that are being impacted by that activity,” Adams added. Those impacts include “impacts on local infrastructure and also the disruption to the local ecology and wildlife and to the recreational use of that land by Ohioans.”

Nonetheless, ODNR has allowed both surface and subsurface mining at other property on state parks and conservation lands.

As of January, Sterling Mining had a pending permit application for underground mining at another 75 acres of Brush Creek Wildlife Area. The company had previously received a permit to mine under other acreage in the area.

Companies have also expressed interest in possible expansion of mines on or near Fernwood State Forest and the Perry County Reclamation Area, reported Heis.

One possible distinction in the Snyder case is that strip mining at Brush Creek Wildlife Area could jeopardize millions of dollars in federal funding.

The state purchased the contested land with federal funds distributed under the Pittman-Robinson Act of 1937. By law, the state must preserve and protect the land and its wildlife resources for the benefit of hunters and other recreational guests.

Interference of that use from strip mining “risks violating the State’s federal obligations under the Pittman-Robinson Act and thus losing a significant source of federal funding for wildlife and recreation in Ohio,” said the state’s brief in the Ohio Supreme Court case.

The State of Ohio benefitted from more than $12 million in Pittman-Robinson money for the 2014 fiscal year. Taxes on guns and ammunition support the fund.

The Sierra Club and Environment Ohio are members of RE-AMP, which publishes Midwest Energy News.