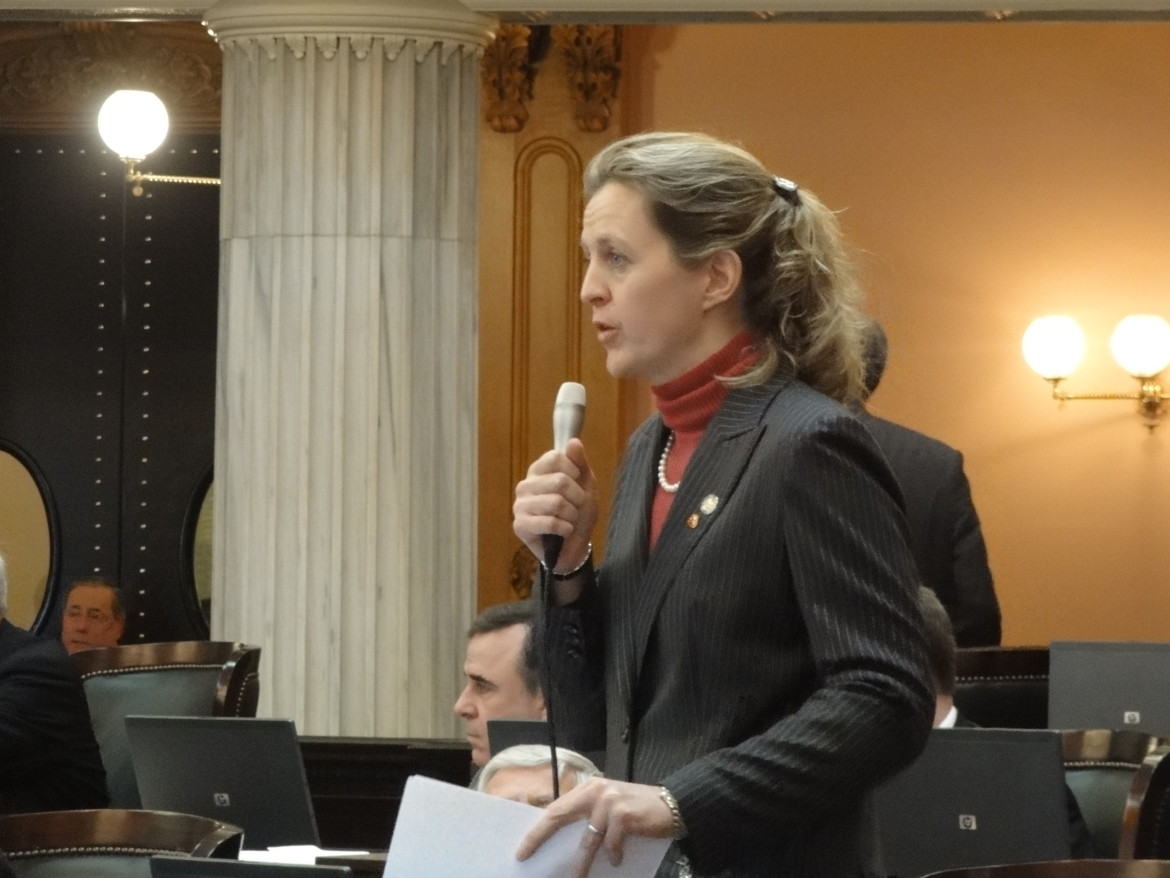 The new chair of Ohio’s energy study committee, like her co-chair, has a track record of opposing renewable energy policy and ties to the fossil fuel industry.

The legislative committee was formed last year as a result of Senate Bill 310, which Balderson sponsored.

Among other things, SB 310 imposed a two-year freeze on increases in the state’s renewable energy and energy efficiency standards. The law also relaxed requirements for what would count toward meeting the standards’ targets.

The statute directs the Energy Mandates Study Committee to study the costs and benefits of Ohio’s renewable energy and energy efficiency standards and to make recommendations for future energy policy.

A majority of the committee’s members have shown past partiality on the subject of clean energy standards. The same holds true for Roegner.

Roegner voted in favor of freezing and scaling back the standards with SB 310 last year. Plus, she has ties to ALEC, the American Legislative Exchange Council. That group openly advocates for the repeal of renewable energy standards.

Also like most other committee members, Roegner has received campaign contributions from companies and groups with vested interests in energy from fossil fuels.

Since the start of 2010, Roegner has received more than $10,000 each from political action committees and funds linked to the Ohio Oil and Gas Producers and FirstEnergy. Additional contributors include PACs for American Electric Power, Duke Energy, Chesapeake Energy, and other fossil fuel interests.

The data come from the Ohio Secretary of State’s online database.