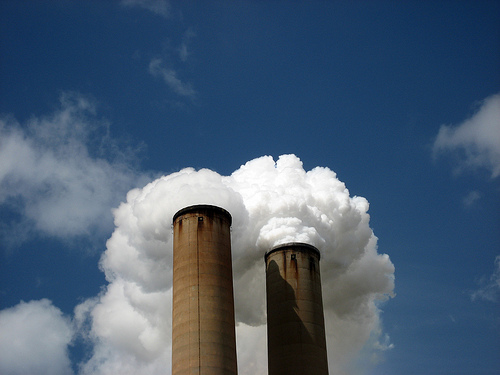 Numerous industry and environmental interests are weighing in on high-profile federal litigation over the legality of what is widely known as Minnesota’s anti-coal law.

Last year, a federal judge said the Next Generation Energy Act ran afoul of the U.S. Constitution’s Commerce Clause — which gives the federal government power to regulate interstate commerce — by restricting the purchase of carbon-intensive energy from other states.

Neighboring North Dakota, which mines coal and is reliant on the fuel for power generation, sued Minnesota in 2011 over the law. It said Minnesota’s law would, in effect, regulate its own generating portfolio (Greenwire, April 21, 2014).

U.S. District Judge Susan Nelson in Minnesota agreed. She said the Minnesota law “is a classic example of extraterritorial regulation because of the manner in which the electricity industry operates.”

In recent weeks, a roster of pro-coal interests has filed friend-of-the-court briefs with the U.S. Court of Appeals for the 8th Circuit to make sure the lower court ruling stands.

The National Mining Association and the American Coalition for Clean Coal Electricity said the law risks “balkanizing the electricity markets” and “interfering with the regional development of coal.”

Minnesota regulators argue that concern from critics is hypothetical and speculative. They say the law was never meant to regulate or affect decisions outside the state, and there’s no evidence it has.

“Federal courts have a fundamental responsibility to ensure that a litigant demonstrates an actual or ‘certainly impending’ injury-in-fact that is fairly traceable to the challenged action,” said their brief. “Appellees fail to show either an injury-in-fact or causation.”

“Neither on their face, nor under any reasonable interpretation, could these provisions be deemed to apply to transactions taking place entirely outside of Minnesota and thereby run afoul of the dormant Commerce Clause,” they wrote late last year.

The U.S. Chamber of Commerce and the National Association of Manufacturers, among other industry interests, shot back, accusing Minnesota backers of trying to misrepresent the law.

“No doubt aware of the difficulty the NGEA presents on its face, appellants and their [supporters] have strived in this litigation to re-write it,” said their brief.

The litigation is gaining so much attention because it comes as other states debate their own clean energy measures. Washington Gov. Jay Inslee (D), for example, wants to cut the state’s dependence on outside coal production.

The case also ties into national debates over U.S. EPA proposals to reduce greenhouse gas emissions from coal-fired power plants, as well as the broader discussion over global warming.

Minnesota, in its brief, said the law was not only an effort to address global warming but also to insulate the state from the economic strain of ongoing efforts at addressing climate change. Republican Gov. Tim Pawlenty, once a presidential hopeful, signed the bill into law.

“In particular,” wrote the state’s attorneys, “legislators heard testimony from several witnesses about the likelihood that future federal regulations would increase energy costs for consumers that depend heavily on carbon dioxide-emitting facilities to meet their long-term energy needs.”

But NMA and ACCCE wrote that “far from intending to protect electric consumers from the cost of future carbon regulations, the Legislature recognized that achieving its [greenhouse gas reduction] goals would entail significant costs.”

The groups, echoing their opposition to EPA’s proposal to require carbon capture technology for all new coal-fired power plants, said laws like Minnesota’s will hamper rather than promote the commercial viability of such innovation.

“Minnesota evidently believes that the key to a low-carbon future is to cap GHG emissions in the hope that non-carbon emitting resources will be built as substitutes,” they wrote. “But those who seek to develop a worldwide strategy for GHG emissions counsel that this approach is naïve and counterproductive.”

The debate is far from settled. In recent days, major party leaders in the United Kingdom signed a pledge to phase out coal-fired power without carbon capture. The Sierra Club applauded the move.