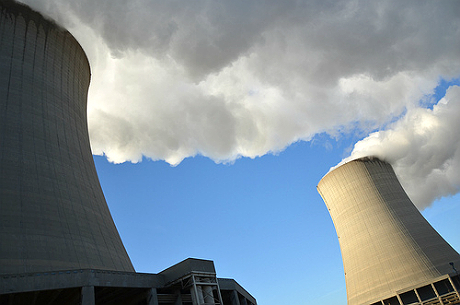 Illinois legislators will file a widely anticipated bill within the next month aimed at giving a financial lift to Exelon Corp.’s fleet of six nuclear reactors in the state, the nuclear giant said Friday.

William A. Von Hoene Jr., Exelon’s chief strategy officer, told analysts and investors during the company’s fourth-quarter conference call that company officials are working with legislators to draft the measure, which should have broad support.

While specifics of the measure haven’t been made public, he assured analysts that there will be enough legislative support in both chambers to “run it through the Legislature.”

The purpose of the bill is to address Exelon’s complaint that output from its Illinois nuclear fleet isn’t adequately valued as a source of reliable, carbon-free generation. While the company long ago signaled its intent for some type of legislative relief, timing has been a question mark.

And the Exelon bill won’t be the only sweeping energy-related measure debated in Springfield.

A coalition of environmental and clean energy advocates is leading an initiative to expand the state’s renewable and energy efficiency standards and implement a cap-and-invest carbon reduction strategy (EnergyWire, Feb. 6).

Exelon has publicly signaled that three of its six plants in the state — Byron, Clinton and Quad Cities — have been unprofitable because of weak wholesale power prices brought on by competition from natural gas and wind. The three plants have a combined capacity greater than 5,000 megawatts.

It was on Exelon’s fourth-quarter call a year ago that the company’s chief executive, Chris Crane, threatened to announce the premature closure of one or more reactors by the end of 2014 unless there was “a path to sustainable profits” (EnergyWire, Feb. 7, 2014).

Crane backed off the timeline after meetings with Illinois legislators, including longtime House Speaker Michael Madigan, agreeing to continue operating the nuclear plants at least through mid-2015 while the company worked on a legislative solution.

Madigan then sponsored a resolution that called on state agencies to study the impact of nuclear plant closures on the Illinois economy, electric markets and the state’s efforts to reduce greenhouse gas emissions.

The report from the Illinois Commerce Commission, Illinois Power Agency, state EPA, and Illinois Department of Commerce and Economic Opportunity was issued Jan. 7. It made no recommendations but raised five possible policy solutions aimed at helping the struggling Exelon reactors, including a do-nothing option that solely relies on changes in federal regulation and regional wholesale markets (EnergyWire, Jan. 8).

“Doing nothing is simply not a viable economic option,” Von Hoene said on Friday’s conference call. “We do not seek a bailout. This is about addressing market flaws to appropriately value resources that are of great importance to the state of Illinois.”

The Illinois legislative proposal will be consistent with the reports produced by the state agencies and subject to hearings, he said.

Exelon is also looking to other policy and market reforms to improve the financial performance of its nuclear fleet.

The most immediate of those is PJM Interconnection LLC’s capacity performance proposal submitted to the Federal Energy Regulatory Commission in December, which as drafted could also benefit nuclear plants (EnergyWire, Dec. 4). FERC is expected to issue a ruling on the proposal by April 1.

But the PJM proposal alone isn’t a cure-all for what ails the nuclear fleet. And it does nothing to benefit plants like the Clinton station, which is located within the Midcontinent Independent System Operator’s footprint.

“There is no silver bullet,” Von Hoene said. “Each plant has to stand on its own economic merits.”

The other policy expected to aid Exelon’s nuclear plants in the longer term is U.S. EPA’s Clean Power Plan.

Exelon broadly supports efforts to reduce carbon pollution from the nation’s fleet of power plants, and the company believes it will ultimately withstand legal challenges. But as proposed, it doesn’t do enough to ensure that some struggling nuclear plants remain viable, Von Hoene said.

“While it is well-intended, it falls short in our view of addressing the importance of nuclear” in achieving greenhouse gas reduction, he said.

“We think it is likely that the EPA will increase the 5.8 percent credit for at-risk nuclear plants in Illinois, reducing the need for new (natural gas combined-cycle) plants and renewables,” analysts said Friday in a report.

The report said the Clean Power Plan could lift power prices, Exelon earnings and its stock price. But Morningstar analyst Travis Miller said quantifying the financial impact at this stage is difficult.

“Implementation of the Clean Power Plan is so uncertain it’s almost impossible to predict what the direct impact will be,” he said.