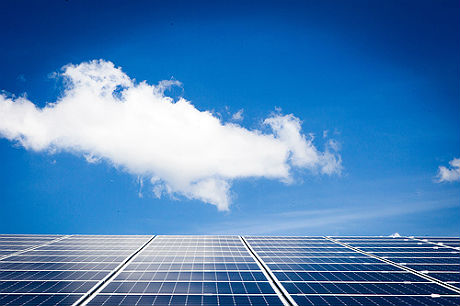 While Minnesota’s largest utility pushes back against the scale of proposals filed under the state’s new community solar program, energy developers and their proponents say those concerns are overblown and based on potentially inaccurate assumptions.

Although no projects have been publicly approved, Xcel Energy raised several issues about community solar gardens in a Feb. 10 letter to the Minnesota Public Utilities Commission and in an interview with the Minneapolis Star Tribune. Comments from solar developers are due Tuesday, with answers from Xcel slated for March 2.

The state-mandated community solar program — which operates only within Xcel’s territory — has drawn proposals for 431 megawatts of projects since applications began being accepted in December.

Since the program formally opened, a handful of developers announced they had signed agreements with major institutions to offset their energy use, among them Ecolab, Inc. and the St. Paul Public Housing Agency.

Xcel suggests the size of the initial projects are counter to the legislature’s intent and could cost ratepayers 1.5 to 2 percent, or $50 million, on their utility bills if all projects were approved.

“Xcel chose a way to make it look as bad as possible,” said John Farrell, a solar expert with the Institute For Local Self-Reliance.

“But I’m not surprised with Xcel having a problem with the program because it has been a roaring success when measured against that of any other community based solar program across the country. It’s 20 times bigger than the next biggest program, in Colorado.”

Colorado has one of the more advanced programs for solar gardens in the country, also under the management of Xcel. The main difference between the two state programs is that Minnesota has no statutory limits on the annual amount of energy that can be generated by solar gardens.

Farrell points out that even if the $50 million cost came to be realized, it would represent only a fraction of the more than $400 million in cost overruns the utility experienced when upgrading its Monticello nuclear plant.

Sunshare is a Denver-based CSG developer with a second office in Minneapolis. The company’s CEO and founder, David Amster-Olszewski, believes the utility was likely “shocked” by the number of applicants.

While the program limits projects to 1 MW of capacity, Xcel charges developers with proposing utility scale projects by connecting several 1 MW gardens together, an approach it did not anticipate.

In a letter signed by regional Rates and Regulatory Affairs vice president Aakash Chandarana, Xcel points out 96 percent of all applications are 1 MW or more, and 58 percent are 10 MW or greater.

The letter points to one of the biggest solar garden proposals by SunEdison to construct 40 gardens of 1 MW each in Dakota County.

Ecolab, a St. Paul-based water, hygiene and energy company, has agreed to purchase 40 percent of each one, the maximum allowed, for a 16 MW total.

Although conceding the PUC allows gardens to be sited near one another, the utility argues larger projects could require costly infrastructure improvements and undermine the program’s intent by excluding small business and residential customers.

“We believe the purpose of the community solar garden legislation was to provide our residential and small business customers, who have limited land, capital and/or resources, access to distributed solar generation,” the letter states.

In a section on “rate pressure,” Xcel says large customers subscribing to a 40 MW solar garden may save from $40,000 to $200,000 annually, but the incremental cost to the system could be as much as $1.4 million — paid for by other customers, the utility suggests.

Solar advocates say the large projects are within the legislative intent, as well as a logical strategy when developing a new market requiring complex studies and extensive paperwork.

Xcel’s program requires upfront fees, costs and expertise that rules out a community center or church creating a solar garden on their own, said Eric Jensen, energy program director for the Izaak Walton League’s Midwest office.

Small community solar projects on city rooftops are expensive, especially considering all the work involved submitting an application, putting up the deposit and creating a pricing plan that would make the developer money and give consumers a reason to subscribe, he said.

“Realistically these big developers will come in with economies of scale and anchor tenants to get projects rolling and then shop out the remainder to other customers,” he said.

Minnesota Community Solar has partly targeted nonprofits and churches in marketing its program, said David Wakely, communications director. A fair number of potential clients want a 1 MW or smaller development in their communities as a showcase of renewable energy, he said.

Others have no issues with being part of a larger, co-located program in which they could take advantage of economies of scale, he said. So far, Minnesota Community Solar hasn’t seen a clear trend in customer appetite for either the smaller gardens or the co-located projects, Wakely said.

The community solar program’s popularity clearly means large businesses will not crowd out opportunity for participation by residents and small companies, Farrell said. Many larger companies which “are serious about reducing their carbon footprint” do not have enough rooftop space or open land to offset their energy use with solar panels, he said. For them community solar makes the best economic sense.

Sunshare’s Amster-Olszewski said much of the supporting rate impact data uses calculations and assumptions that are “completely incorrect. Xcel wouldn’t know what the real numbers are because the program hasn’t played out yet.”

At least half of the proposed projects, he believes, will likely not pass muster or drop out. And the calculations Xcel uses in an attachment do not take into account the benefits of distributed generation and the potential for Xcel to avoid adding other forms of generation, he said.

Amster-Olszewski says the program would at most add .1 to .2 percent to ratepayers’ bills over the next two years “and there may be a net savings,” he said.

In Colorado, Sunshare has seen large community solar anchor tenants such as corporations or communities who then recruit their employees or residents to join the program, said Amster-Olszewski. The community solar projects in Colorado aren’t totally dominated by businesses or government entities and he doesn’t believe that in Minnesota, with a far bigger program, will see anything different.

Connecting multiple solar gardens may even work to Xcel’s advantage, he said, since developers will have to pay tariffs to assist with any potential grid improvements necessitated by projects.

While Xcel has its own concerns, Sunshare would like to see several changes to the program. Those include the ability to change the location of an application without having to redo all the paperwork, an option Colorado allows. Solar gardens there simply have to conduct a new interconnection study when the site changes location, he said.

Secondly, developers have a hard time understanding where the grid has enough capacity for a solar garden. California has digital maps of the electric grid and power plants, Amster-Olszewski said, and Minnesota’s state government could do the same.

“We could see where on the system electricity from solar could be used beneficially,” he said. “We have the information technology to do this but there hasn’t been a reason to do this, until now.”

“It’s another example, another illustration, of the limitation of a 20th century monopoly model as far as utility systems,” he said. “We have a way to develop renewable energy assets that is cost-competitive and provides a way to pool private capital to build new energy assets that are valuable to the system. It’s something that just doesn’t work well for Xcel.”

Amster-Olszewski agrees. “The economics the energy system has been using the last  100 years are not the economics that make sense with new technologies in a climate-sensitive world for the next 100 years,” he said.

Yet he remains optimistic Xcel and developers will work through the issues.

The program so far is helping the state meet many goals, among them a legislative mandate requiring investor-owned utilities to generate 1.5 percent of their energy from solar by 2020, he adds. The program’s goal was to allow consumers who might be able to have access to solar PV — for reasons of location or affordability —  to participate in a community solar garden.

“The goals were solar for everyone and to spur innovation, create jobs and start a new industry in the state of Minnesota and that’s what it’s doing,” Amster-Olszewski said.

The Institute for Local Self-Reliance and the Izaak Walton League are members of RE-AMP, which publishes Midwest Energy News.