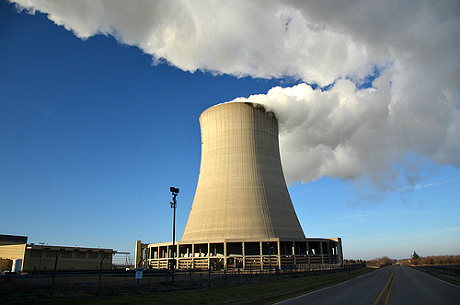 Illinois legislators within days are expected to propose a low-carbon energy standard aimed at helping prop up Exelon Corp.’s fleet of six nuclear plants, three of which have struggled to remain profitable in recent years.

The bill could be filed before the end of the week and would require 70 percent of electricity used in territories served by the state’s two large investor-owned utilities to come from low-carbon sources of generation, according to a summary of the legislation circulated at the state Capitol earlier this week.

The two-page fact sheet notes that a low-carbon portfolio standard was one of five policy options cited in a January report from state agencies examining the impact of the premature closure of one or more of the Exelon nuclear plants. The report was a fact-finding effort and made no recommendations (EnergyWire, Jan. 8).

The measure would represent the second major energy proposal put before the General Assembly so far this year and sets the stage for interesting debates and negotiations concerning how the state cuts greenhouse gas emissions.

Last week, a group of legislators filed a measure pushed by environmental and clean energy advocates that would expand the state’s renewable energy and energy efficiency standards and establish a carbon market to help the state comply with U.S. EPA’s proposed Clean Power Plan (EnergyWire, Feb. 20).

Exelon has signaled for more than a year that it would seek some type of legislation to aid its Illinois nuclear fleet. The company has warned that it may close as many as three of its six plants unless it sees a “path to sustainable profits.” The plants in jeopardy — Byron, Clinton and Quad Cities — have faced financial headwinds because of weak wholesale power prices brought on by competition from natural gas and wind.

Company officials have lobbied throughout the state and in Washington that closing plants prematurely would make it more difficult for the state to meet its carbon reduction goals under the Clean Power Plan.

“The [low-carbon portfolio standard] in Illinois would act, at a minimum, as a bridge solution that would facilitate further policy actions that may be required for compliance with the EPA,” the Illinois legislative summary said.

Paul Elsberg, an Exelon spokesman, wouldn’t confirm the details or timing of the company’s legislative proposal. “We expect that legislation will be introduced in coming weeks, and we will have more to say when that occurs,” he said in an emailed statement.

It is also not yet known which Illinois legislators would sponsor the bill. William Von Hoene Jr., Exelon’s chief strategy officer, told analysts and investors earlier this month that the measure would have broad bipartisan support (EnergyWire, Feb. 17).

Von Hoene and other officials at Chicago-based Exelon have repeatedly insisted that they are not seeking a “bailout” of the Illinois nuclear fleet and want only a “market-based” solution that recognizes existing nuclear plants as a reliable, low-carbon generation source and a major employer in the state.

Those who had viewed the brief summary of the Exelon bill said they are withholding judgment until more specifics are available.

“The devil is most certainly going to be in the details,” said Nick Magrisso, a policy advocate for the Natural Resources Defense Council, a member of the recently formed Clean Jobs Coalition (EnergyWire, Feb. 6).

The Exelon proposal would work similarly to how the state’s existing renewable energy standard is supposed to work.

The state’s two large investor-owned utilities, Commonwealth Edison and Ameren Corp., would be required to buy a percentage of their energy from a low-carbon source and collect a charge through retail distribution bills to pay for the low-carbon energy credits.

The Illinois Power Agency, a state office formed to procure electricity for ComEd and Ameren in the state’s restructured retail electric market, would conduct a competitive procurement for low-carbon energy credits each year in the same way it purchases renewable energy resources. Like a renewable energy credit, a low-carbon credit would be a traceable credit that represents the environmental attributes of 1 megawatt of energy from a low-carbon source.

The legislative summary said low-carbon energy sources such as nuclear, renewables and coal-fueled plants that capture and sequester greenhouse gas emissions would “compete against each other on a best price basis to supply the low carbon energy credits.”

Beside the 2 percent rate cap, the legislation would have a rebate provision that would provide a bill credit to consumers in the event that wholesale prices exceeded a specified level.

The measure will also include a sunset provision effective Dec. 31, 2021, or the effective date of a market-based plan to cut carbon emissions under the Clean Power Plan.

NRDC’s Magrisso said the energy legislation introduced last week, by contrast, would set in motion a long-term transformation of the state’s electricity market and provide a statewide economic stimulus.

“The bill that we’re introducing is a comprehensive long-term solution that’s going to offer thousands of clean energy jobs across the state,” he said.