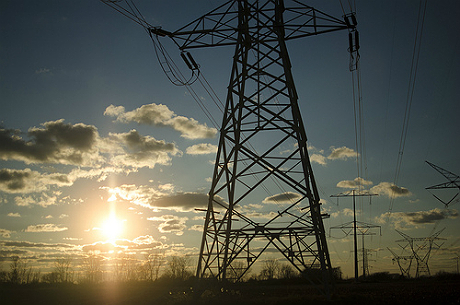 Two months after his inauguration, Illinois Gov. Bruce Rauner has made national headlines for his aggressive efforts to get the state’s budget crisis under control.

Energy and related environment issues have so far taken a back seat, but experts and advocates are watching closely for signs of what the new Republican gubernatorial administration will mean on that front.

Rauner’s transition report released in January expressed support for a diverse energy mix including renewables, natural gas from hydraulic fracturing (fracking), nuclear and also “clean” coal. It specifically pledged support for energy efficiency, though the draft budget has cast doubts on that commitment.

A billionaire businessman holding elected office for the first time, Rauner is known for a private sector-driven, small-government ideology that could raise hopes for clean energy business and innovation while also raising fears about adequate regulation of the coal, nuclear and nascent fracking industries.

“He’s certainly made clear that he’s pro-business and anti-regulation,” said Lan Richart, a leader of the Eco-Justice Collaborative, which helped lead the campaign to close Chicago’s two coal-fired power plants.

The transition report lauds Illinois’s low electricity prices, its substantial coal reserves and its significant nuclear fleet and wind energy resources. It praises leading research on batteries and electric vehicles in Illinois. And it decries the lack of centralized state leadership and planning around energy, noting that multiple state agencies carry out energy policy.

The transition report calls for a 10-year energy plan. And it says:

“With the need to modernize Illinois’ energy production systems, the state has the opportunity to reshape its energy profile to emphasize cleaner sources such as nuclear, gas, clean coal, and renewables. Similarly, the state needs to make investments in transmission infrastructure to deliver electricity and gas within the state and export energy to neighboring states, especially to the east.”

As head of the Illinois Environmental Protection Agency (IEPA), Rauner retained Lisa Bonnet, who has been with the agency for almost two decades. Environmental advocates saw this as a positive sign.

To head the Illinois Department of Natural Resources (IDNR) he named Wayne Rosenthal, a Republican state legislator, farmer and co-owner of a hunting preserve. During the gubernatorial campaign, Rosenthal was a member of Conservationists for Rauner, a group that stressed getting the state in fiscal shape would be key to protecting natural resources.

Richart said Rosenthal “has made it clear that he’s on the side of the coal industry.” Data from the National Institute on Money in State Politics show that Rosenthal has received thousands of dollars in campaign contributions from Foresight Energy and the Illinois Coal Association, along with smaller donations from other mining concerns, including Foresight subsidiaries.

Under Rosenthal the IDNR will be responsible for implementing reforms in the permitting process mandated by the Attorney General’s office because of legal action over a coal mine near the town of Banner. The reforms are meant to provide more input for citizens, and advocates thinks they will lead to positive changes.

But the department may simultaneously be moving to streamline the permitting process as part of an efficiency push called for in Rauner’s transition report, which says: “The state should maintain the competitive energy advantages of Illinois and explore opportunities to reduce unnecessary energy and environmental policies that impede business development.”

Eco-Justice Collaborative co-founder Pam Richart said the process now affords mining opponents “delay tactics with hope that eventually a decision will be rendered in favor of the community against the mine. The fear is that this will change with the new [expedited] process.”

“Streamlining” permitting will be one of the tasks of a new energy and environmental policy adviser position created by Rauner. Environmental advocates said such a position makes sense, but many were disturbed to see who Rauner named to the post: Robert Alec Messina, a coal industry lobbyist and former chief counsel of the IEPA under Gov. Rod Blagojevich.

While at the IEPA, in 2007 Messina sent a letter to the Attorney General’s office saying his agency would not refer pollution cases for prosecution. Messina also wrote a letter to a mining company in 2009 promising to work in “a cooperative spirit” to help it buy and operate an ExxonMobil mine despite water pollution violations.

That company, Macoupin Energy, is a subsidiary of Foresight Energy, which the Associated Press reported donated between $50,000 and $100,000 toward Rauner’s inaugural festivities.

After leaving the Blagojevich administration, Messina became a registered lobbyist and also executive director of the Illinois Environmental Regulatory Group. As the Huffington Post described it, “At IERG, Messina represented the interests of some of the state’s largest polluters, including Peabody Energy, ExxonMobil, Chris Cline’s Foresight Energy, Prairie State Generating Company, Dynegy Midwest Generation, Ameren, ADM and others.”

As a water resources scientist for the Prairie Rivers Network, Traci Barkley helped lead the fight against Macoupin Energy’s purchase of the ExxonMobil mine. She said she was shocked that Messina would not only work closely with the coal company but put his intentions in writing.

“Alec Messina said, ‘We’ll work with you on this, you won’t be held responsible,’” said Barkley. “He put them in the remediation program but at the same time said, ‘You can expand your operation and continue doing what contributed to the problem in the first place.’ Given the role he’s going to be in now, I’m afraid we’ll see more of that.”

Illinois elected officials, including President Barack Obama and U.S. Senator Dick Durbin, have long been known as strong supporters of the state’s coal mining industry, which is growing even though coal-fired power plants nationwide are closing. A major shift is not expected under Rauner, and his proposed budget would actually eliminate some funding for coal technology development and education about coal.

Meanwhile the state still has to figure out how to deal with numerous coal ash landfills, storing power plant waste known to leach into groundwater and contaminate surface water. The Illinois Pollution Control Board is currently drafting rules regulating coal ash, however the process is stalled as the federal government prepares to release its own final rules on coal ash.

Barkley noted that it is likely Rauner will appoint new members to the pollution control board, which could make a difference in how the coal ash issue and other environmental regulations play out.

For several years political controversy and outrage swirled around the state rules regarding fracking that were finalized late last year. The rules were meant to clear the path for companies to apply for permits to frack for oil and gas in Illinois’ New Albany Shale, and at one point an onslaught of applications was expected.

But now with low oil prices, fracking a still-unknown shale deposit does not sound financially attractive to companies and it is unclear if they will actually seek to frack in Illinois any time soon. Fracking opponents say this is further evidence that such boom-and-bust industries are not good for the state.

“The talk has died down quite a bit, there’s speculation about whether fracking will even happen,” said Tyler Rotche, water policy specialist for the Prairie Rivers Network. “That uncertainty should draw the Rauner administration’s attention to the importance of investing in a stable economy in southern Illinois, and make sure renewable jobs are distributed throughout the state.”

He added that in attempting to address the state’s budget crisis, the governor should not shy away from taxing mining and fracking.

“There is foregone revenue through tax exemptions” that are meant to attract business, Rotche said. ”But when it comes to extractive industry, production is mostly driven by the location of reserves and factors like price and infrastructure. Taxes are a really good opportunity [to collect revenue] because they don’t have the effect they’re rumored to have” in reducing jobs.

Illinois, like other states, is developing its Clean Power Plan to fulfill the U.S. Environmental Protection Agency mandate to reduce carbon emissions from power plants. The makeup of this plan will significantly impact the state’s energy future.

A major question is what role nuclear energy will play in meeting the carbon reduction goals. Exelon, a political powerhouse in Illinois, is pushing the state legislature to enact policies that would guarantee profits to help it sustain three nuclear plants that the company says could close for financial reasons. Rauner has not taken a public stand on Exelon’s demands, which are included in state legislation introduced in February. Crain’s Chicago Business said Rauner’s transition plan “ignores [the] Exelon elephant in the room.”

Clean energy advocates are hopeful Rauner will support separate legislation introduced in February that would increase mandates for renewable energy and energy efficiency and, they say, create 32,000 jobs.

The legislation was pushed by a wide coalition of non-profit and business groups including the NRDC and Environmental Law & Policy Center. Chicago Mayor Rahm Emanuel, a personal friend of Rauner’s, publicly backed the Clean Jobs Coalition.

In a blog post Magrisso described the clean energy bill as a way to attract business and create jobs – major goals underscored in Rauner’s State of the State Address in February.

Rauner’s job creation strategy has so far focused largely on curbing the power of labor unions in the public and private sector. While an executive order and a push for “right to work zones” hostile to labor unions are expected to face serious legal challenges, proponents say passing legislation that spurs clean energy development is a zero-controversy way to grow good jobs.

“It’s smart to invest in the cheapest and cleanest forms of energy,” said Magrisso, adding he sees “reason to be optimistic” about Rauner, who made his fortune in investment banking. “There’s evidence to suggest he’s someone who understands good investments.”