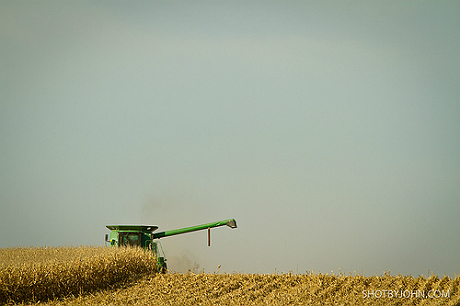 Legislation in Minnesota that would help propel greater development of advanced biofuels has met with opposition from clean-water advocates who fear it may result in more pollution of state watersheds.

The bills, HB 536 and SB 517 were crafted by the Bioeconomy Coalition of Minnesota and call for a two-year, $5 million allocation for a production incentive awarded to producers, as well as a capital loan equipment program.

“The beauty of a production incentive as opposed to providing money upfront is it really protects the taxpayer,” said Brendan Jordan, a vice president at the Great Plains Institute who oversees the Bioeconomy Coalition. “If you give money upfront there’s a risk you lose your money and don’t get a project. With a production incentive you already have the economic benefits before the state starts spending any money.”

But the Minnesota Environmental Partnership (MEP) and Friends of the Mississippi River (FMR) say the legislation offers a rare opportunity to build a new industry while significantly improving water quality through the planting of more perennial crops, which are less dependent on fertilizer than corn. Nitrogen from fertilizer is a major source of pollution in the Mississippi River and other watersheds.

“There are some good parts and bad parts of the bill, the bad parts outweighing the good parts,” said Steve Morse, MEP executive director. “The problem is on the energy side [of the bill]. We’re making the water quality problems much harder to address.”

MEP and FMR propose two changes to the bill. One would require biofuel refineries receiving incentives to use at least 50 percent of their feedstock from perennials, such as alfalfa, switch grass, and native prairie plants. The second would require that the state pay incentives to farmers who switch to growing those crops from corn.

The Great Plains Institute and the Minnesota Environmental Partnership are members of RE-AMP, which publishes Midwest Energy News.

House sponsor Rod Hamilton, a Republican from southwest Minnesota, said that a GPI-sponsored University of Minnesota study looked at the potential of 14 bio-based production facilities and found they could product 3,190 jobs and $837.6 million in economic activity.

The Legislature’s focus on jobs and the rural economy, combined with the state’s biomass assets, make its passage likely, he said.

“This is a chance to invest in rural Minnesota and the Minnesota economy, and in a new industry that has the potential to create $840 million in economic growth,” he said. “This industry will take off somewhere, and I think the best place for it is in Minnesota.”

He added that concerns over encouraging more corn production led to a change in the House bill adding a 20 percent bonus payment for the use of perennials, he said.

Advanced biofuels that would qualify for the federal government’s Renewable Fuel Standard would have to emit at least 50 percent less carbon than gasoline. Biogas created by digesters — such as methane — would also qualify, he said.

Retrofitted ethanol plants could produce cellulosic ethanol along the lines of what POET-DSM Advanced Biofuels, LLC is doing in Iowa. Some companies may produce both biofuel and other renewable chemicals in the same fashion as an oil production facility.

“When you look at a petroleum refinery the output is five percent nonenergy products but they represent 40 percent of revenue,” said Jordan. “If we want to get this bioeconomy up and running we have to think like an oil company. We have to produce the high value stuff, too.”

One potential beneficiary is Central Minnesota Renewables, a Little Falls ethanol plant bought by Green Biologics, Inc. The company plans to spend $70 million to transition the plant from ethanol to normal butanol and acetone.

John Warren, director of government affairs, said smaller ethanol plants are ideal for producing renewable green chemicals and a production tax incentive would be helpful in helping the plant produce a profit.

“It will make a big difference in the early years of the plant,” he said. “We’re going to be a case study to determine if Minnesota can attracted like-minded companies.”

Warren doesn’t believe the bill will increase corn volume much because only a handful of plants will participate and not all of them will use corn stover. The Little Falls plant, when completed in 2016, will lean heavy on using woody biomass, he said.

In energy terms Morse likened the production-based incentive to paying coal plants to produce power. The incentive will invariably lead to more corn production and more polluted water, he argues.

FMR watershed program director Trevor Russell said the legislation could be an important key to cleaning up the state’s polluted streams, lakes and rivers. The federal government wants 16 billion gallons of advanced cellulosic biofuel by 2022, enough to create a strong market for perennials.

“This is a watershed moment in the biofuel economy in America,” he said. “If we get this right now we’ll set ourselves up to meet that 16 billion goal using crops that would get us better habitat, clean water, healthy soils and significant climate benefits.”

A large corn stover-based incentive program isn’t nearly as effective as a perennial-based incentive using crops such as alfalfa, switch grass, and others, he said. All of those are drought tolerant, serve as pollinators and help with ecosystem habitat.

“They are tremendous for water quality,” Russell said. Alfalfa is perhaps the best because it’s insurable under the Farm Bill and has leaves that offer high quality forage for livestock, he said. The stock and stems work as great cellulosic feedstock.

The plant also has a unique ability to pull nitrogen out of the atmosphere and store it in the soil. When farmers rotate an alfalfa field back to corn they can use up to 150 pounds per acre less of nitrogen fertilizer.

“One plant and you feed animals and cars,” Russell said. “It opens the possibility of bringing more cattle back to the landscape. It could get our biofuel economy going but also help re-balance our agricultural landscape.”

Minnesota’s state strategy calls for a 45 percent nutrient reduction of the Mississippi watershed by 2040, he said. Nitrogen remains a huge problem, despite millions being spent on conservation programs to reduce the impact of intensive corn farming, he said.

Without changing out corn for perennials on farmland there is no “mathematical way” for the state to achieve the 45 percent pollution reduction, Russell said. The legislation creates a new market for perennials that would reward farmers for shifting away from corn, he said.

The problem with a corn-based incentive, said Russell, is that farmers would have to collect stover for transport to a cellulosic biofuel plant. Removing stover leaves the land without a major source of nutrients while causing erosion and soil degradation, Russell said. After the crop residue is gone farmers have to use even more fertilizer the next growing season.

Hamilton’s 20 percent production tax credit bump on perennials is a good idea, he said, but money is nowhere near enough to convince farmers to stop growing corn.

“If we get this a little wrong over that many acres it becomes a catastrophe,” he said.

In Minnesota the watersheds with the highest levels of surface water pollution are in areas with ethanol plants, Russell added, so by changing up the biofuel mix the pollution runoff would decrease.

“You would see a dramatic improvement in water quality because you’re targeting the most heavily polluted landscapes with the most promising conservation crop we have — and you’re doing this while maintaining profitable farms,” he said. “This is the magic bullet.”