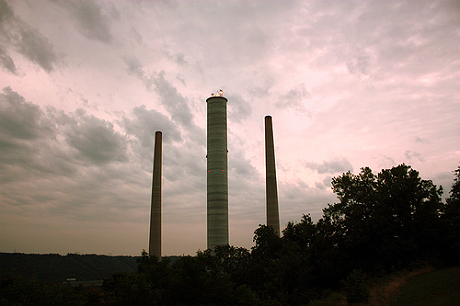 (Photo by Mark via Creative Commons)

ST. LOUIS — The changes in power plant fleets that will be required by U.S. EPA’s Clean Power plan are too much, too fast, and threaten electric affordability and reliability, a group of utilities and state regulators from up and down the nation’s central corridor said here Tuesday.

The comments came during the Federal Energy Regulatory Commission’s final regional hearing on implementation of the proposed rule, which calls for reducing carbon dioxide emissions from existing power plants by 30 percent over the next 15 years.

Most concerns aired during the all-day meeting echo those made in formal comments to EPA and in previous FERC sessions. Regulators from Texas, Indiana and North Dakota — all of which are plaintiffs in a lawsuit challenging the rule — reiterated their sharp disagreement with the Obama administration’s plan to slash power plant greenhouse gas emissions.

Donna Nelson of the Texas Public Utilities Commission said the rule will lead to significant coal plant retirements and doesn’t credit the state for huge investments in wind energy over the past decade.

“I see the Clean Power Plan as the biggest challenge facing Texas’ ability to deliver power to Texans at affordable rates,” Nelson said.

FERC’s focus yesterday was the central region of the country, a diverse area stretching from the Gulf Coast to the upper Great Plains. It’s a region that includes some of the nation’s windiest states and some that rely heavily on coal for electricity production. It includes several key petroleum-producing areas and spans three electric reliability organizations.

Steve Stoll, a Missouri Public Service Commission member, said the grid was built out over decades. Utility investments — including those in emissions controls to meet other environmental regulations — are depreciated over decades. And there isn’t enough time to meet interim compliance requirements proposed by EPA.

“The ship, quite literally, cannot turn on a dime,” he said.

Other speakers said the plan to slash carbon emissions will carry a steep cost.

Warner Baxter, CEO of St. Louis-based utility Ameren Corp., told the commission that compliance would have a $4 billion price tag. It could be done much more easily, and at a much lower cost, if the interim compliance deadlines are relaxed.

Baxter and other panelists also said mechanisms to ensure reliability should be formally included in EPA’s final rule this summer, and FERC should receive state compliance plans for review at the same time they’re submitted to EPA for approval.

“If FERC is put in a position to be second-guessing what a state puts together … I sense that it could add to our state-federal tension,” he said.

In an interview after the hearing, FERC Chairwoman Cheryl LaFleur said she’s more concerned about whether a reliability mechanism works than about whether it’s written into the final rule.

But she does see a continued role for the commission in helping with Clean Power Plan implementation.

“I think some sort of role for FERC between submission of a plan and when it goes final, as long as our review sticks within the jurisdictional work, makes sense,” LaFleur said.

Ideas for — and against — multistate plans

Another key theme yesterday was the potential for cooperation among states (see related story).

The Midcontinent Independent System Operator (MISO), the grid operator for 15 U.S. states and one Canadian province reaching from Manitoba to the Gulf Coast, said savings from a regional compliance effort could be $3 billion annually. But grid operators, utility officials and state regulators said developing those multi-state plans won’t be easy.

Many of the states, including Illinois, North Dakota, Missouri, Indiana and Michigan, participate in more than one reliability organization. Individual CO2 reduction targets vary widely. And some states may benefit from rate-based versus mass-based compliance strategies as allowed under the proposed rule.

Utility and environmental regulations from 14 MISO states have been meeting for months in search of a way to cooperate on Clean Power Plan compliance (EnergyWire, Dec. 3, 2014).

Members of the Midcontinent States Environmental and Energy Regulators (MSEER) had their fifth in-person meeting in St. Louis on Monday ahead of the FERC hearing.

“We couldn’t figure out any viable way to trade between a rate-based and a mass-based state,” said Thomas Easterly, commissioner at the Indiana Department of Environmental Management.

“We’ve spent a lot of time in the MSEER group gnashing our teeth about our differences in goals,” she said.

The need for additional transmission and natural gas infrastructure was also a concern raised by utilities, regulators and grid operators — specifically whether there’s enough time to develop additional infrastructure before the interim guidelines.

Lanny Nickell, vice president of operations for the Southwest Power Pool, said it can take as long as 8 ½ years to develop new high-voltage transmission lines.

But Lauren Azar, a former Wisconsin utility regulator and former Department of Energy official, said the need for new transmission can be accommodated more quickly and done through the planning processes already used by regional transmission organizations (RTOs).

“If the states go tell the RTOs they want this infrastructure, the RTOs are going to jump on it,” she said in an interview. “It’s a matter of will.”