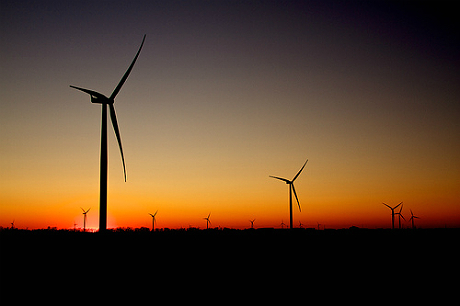 Wind-farm operations in some instances will be more complicated and costly as a result of the federal government’s announcement last week that it will list the Northern long-eared bat as a threatened species.

However, more changes might be coming that could give the industry greater flexibility.

The U.S. Fish and Wildlife Service (FWS) is considering modifying a part of the listing known as the 4(d) rule, which spells out measures that certain industries can take that will protect them from prosecution in the event their activities result in the “take” — or death — of a member of a protected species.

While the bats are threatened primarily by a fungal disease called White-Nose Syndrome, they are also vulnerable to a wide range of man-made hazards, including wind turbines.

The agency now is considering extending the provision to cover the wind industry, and has invited comments on the matter through July 1. The FWS expects to make a decision on a final 4(d) rule by the end of the year.

The listing announced last week includes a 4(d) provision that covers several industries and activities including forest management, maintenance and expansion of utility rights-of-way, and small-scale tree-cutting. The FWS chose those industries because they actually could enhance bat habitat by adhering to certain parameters, according to agency spokeswoman Georgia Parham. The agency didn’t see that sort of potential in wind-energy operations.

As of May 4, when the listing takes effect, wind-farm developers and operators will have two difficult choices, according to Stu Webster, director of permitting and environmental for Iberdrola Renewables. During sensitive times of the day and the year, they can hike to 6.9 meters per second their turbines’ cut-in speed — the wind speed at which the blades begin to spin and produce energy. The FWS contends that no bats will fly into turbines rotating at that speed.

“The whole cut-in speed issue centers around the hypothesis that bats are not flying around in relatively high wind,” Webster said.

Alternatively, developers can seek an “incidental take permit,” allowing them to avoid prosecution for any inadvertent animal deaths. Such a permit for a wind farm typically requires some increase in cut-in speed, as well as a contribution towards the preservation or restoration of bat habitat.

Either scenario poses problems, according to Webster.

Webster also notes that wind-turbine technology has improved substantially in recent years, and while new turbines are agile enough to comply with complex bat-preserving regimens, older turbines may not be.

“It’s not a slam-dunk that any wind farm can accommodate these operational changes,” Webster said.

Nonetheless, the wind industry has lobbied the Service to include it in a 4(d) exemption, and it will continue working toward that end. Even if the wind industry is granted certain exemptions, Webster said, “It would not come without an impact to our operations.”

An incidental take permit and actions allowed under a 4(d) provision end up with essentially the same result, said Parham. However, she said, the 4(d) route is simpler and faster.

Webster pointed out that obtaining an incidental take permit typically takes at least two years, and possibly as many as four. That timeline is untenable in light of the speed with which wind farms must be developed, he said. The unpredictability of the federal Production Tax Credit, in particular, means that wind developers must act quickly in order to take advantage of it before its expiration, he said.

In comments it submitted to FWS in March, the American Wind Energy Association proposed a revised 4(d) rule that would give wind-farm operators the choice of:

Webster claims that no Northern long-eared bat has been documented to have died from flying into a turbine spinning at more than 4.5 meters per second.

The FWS also occasionally has allowed a limited number of Indiana bat deaths if wind-farm operators invest in bat-habitat conservation or restoration, such as putting gates at the entrance to some of the caves where bats spend their winters.

“Those are the kinds of things that might be considered if (Northern long-eared) bats were included in the 4(d) rule,” Parham said.

‘Most things are still on the table’

Due to concern about the dramatically shrinking populations of Northern long-eared bats, especially in the northeastern U.S., the FWS initially proposed listing the species as threatened or endangered back in October, 2013.

Bats provide insect control for farmers, and studies have placed their value in the billions of dollars per year.

Overwhelmingly, the threat to the survival of the species comes from White-Nose Syndrome, a fungal disease that causes the bats to leave hibernation prematurely, and to grow weak and dehydrated while fruitlessly searching for insects that haven’t yet hatched.

The wind-energy industry has challenged the notion that it should make adjustments and sacrifices to aid a species that, most people would agree, is taking a beating due to a disease that has nothing to do with wind farms.

John Anderson, the American Wind Energy Association’s senior director for permitting policy and environmental affairs said, “If everything ceased today that is impacting the bat, it still would be a candidate for listing based on the impact of the disease.” He questioned the equity, and the effectiveness, of “putting a conservation burden on activities that are not having a significant effect. The wind industry is one of them.”

That reflects a misunderstanding of the intent and the function of the Endangered Species Act, said Parham. She explained that the Act was written to identify animal and plant species in need of protection, regardless of the reasons for their shrinking populations.

“The Endangered Species Act doesn’t say, ‘If it’s a cause that you can’t control, you shouldn’t list the species.’ It doesn’t say, ‘You should only list species you can recover, or that are easy to recover.’”

Although accommodations made by the wind industry may not have a huge impact on the health of the species, Parham said the Act mandates efforts across the board.

“When there’s a possibility of ‘take’, that’s not putting a burden on the cause of take. It’s just stating that this is ‘take,’ and it’s prohibited under the act. If I apply pesticide and it kills a bunch of bats, that’s ‘take.’ There are other threats to the bat besides White Nose that cause ‘take’ and that have to be addressed.”

That said, Parham emphasized that the Service wants to hear the wind industry’s suggestions on how to move forward on the 4(d) exemption. And it wants to work with the industry to make changes that will be meaningful to the survival of the Northern long-eared bat.

The industry’s position, according to Webster, is this:

“Let us take the limited money we have available to deal with wildlife issues and put it towards what is really the problem, which is White Nose Syndrome. We can mobilize conservation dollars today and direct them all to White Nose, rather than create a permit program that no one can get through quickly.”

For now, there’s agreement on one matter: Northern long-eared bats are under pressure, and quick and effective intervention is essential.

Toward that end, Parham said, “We’d like people to come and talk to us. Most things are still on the table.”