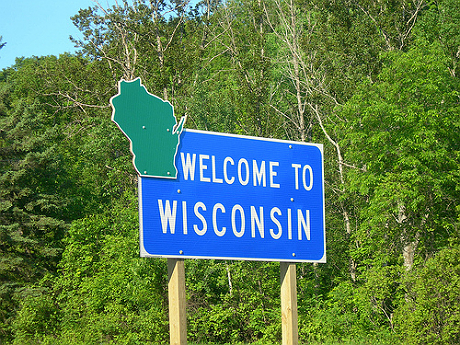 Utility rate cases have become a major battleground over the future of distributed solar generation and the evolving structure of the nation’s electricity system.

In the Midwest, Wisconsin has been ground zero, with state regulators last year approving three rate cases that made solar much less viable through several mechanisms, including a drastic increase in the fixed monthly charges for all ratepayers, regardless of how much electricity they use.

The next major development on that front will be a case that Xcel Energy is expected to file in late spring or summer. The Wisconsin Public Service Commission has made it clear that it welcomes requests for increased fixed charges and related measures, as RENEW Wisconsin program and policy director Michael Vickerman and other energy experts see it.

But a March 26 decision by the Minnesota Public Utilities Commission (PUC) on an Xcel rate case in that state could mean Xcel is unlikely to request the type of fixed rate increase that other utilities in Wisconsin have been granted.

In Minnesota, which along with North and South Dakota makes up about 85 percent of Xcel’s upper Midwest territory, the utility had requested a $1.50 increase in fixed charges each month. The Minnesota PUC allowed Xcel to collect more revenue and increase rates in general, but it denied the monthly fixed rate increases.

“Having a neighboring public service commission say no will hopefully warn that not everybody is marching forward” with fixed rate increases, said The Alliance for Solar Choice spokesperson Amy Heart. “That this isn’t necessarily a trend in the Midwest.”

“The decision in Minnesota demonstrates just how out of step the Public Service Commission is in Wisconsin.”

Paying for the grid

The fixed-rate portion of an electric bill is meant to cover the cost of grid infrastructure, and utilities around the country have argued that even when people reduce their energy use – including through solar installations – they still need to pay an increased “fair share” for keeping up the grid.

Since Minnesota essentially rejected that argument, and since the grid infrastructure delivering to Wisconsin Xcel customers is largely the same system as in Minnesota, experts say Xcel would have a hard time justifying higher fixed charges for Wisconsin customers.

In other words, if it costs only $8 a month to deliver electricity to Minnesota Xcel customers, it doesn’t compute that it would cost much more to deliver to customers only a few miles away over the Wisconsin border.

“They will be constrained internally from asking for a large increase in fixed costs, though it doesn’t mean they wouldn’t do it,” said Vickerman. “They would feel like, ‘Hmm, this could cause problems with respect to the other customers served by the Xcel system.”

Heart added that “our suspicion [and] hope is that it’s an indication that Xcel would be more judicious and cautious in their upcoming rate request in Wisconsin as to whether they would include any fixed rate increase.”

Xcel spokesperson Mary Sandok did not respond directly to questions about whether the company will seek higher fixed costs in Wisconsin and whether the Minnesota decision will affect the company’s Wisconsin rate case.

“No decisions have been made in either Minnesota or Wisconsin about whether to include increases in monthly basic service charges in future rate cases,” she said. “Also, each state’s regulatory environment is different, and the decision by the Minnesota Public Utilities Commission will not necessarily affect what we decide to do in Wisconsin.”

Sandok echoed the same argument that We Energies and other utilities around the country have made for increasing fixed charges: “Our monthly basic service charge for residential customers in Minnesota and Wisconsin currently is well below the fixed cost of providing basic service to customers: service lines to their homes, metering, billing, etc. These costs are incurred regardless of the amount of energy customers use.”

But the fixed rate increase that Xcel requested in Minnesota was still far below the increases requested and approved for Wisconsin utilities. Both Public Service Corp. in northern Wisconsin and MG&E increased their fixed rates from about $10.50 to $19 per month, and We Energies’ increase is from about $9 to about $16 a month.

The Minnesota Xcel rate case was launched in November 2013 when the utility requested a $291 million rate increase over two years, saying it needed more money to maintain its nuclear plants and upgrade its transmission infrastructure. Like utilities around the country, Xcel is also struggling with dropping or flat electricity demand. Nationwide, this is an effect in part of increased energy efficiency and distributed generation.

The Minnesota PUC decision was in keeping with the June 2014 findings of the state commerce commission and the December ruling of an administrative law judge, which both said that Xcel should reduce its rate increase requests. The PUC also approved the state’s first decoupling program, a structure where the utility does not get more profit the more energy it sells. That program should theoretically alleviate the need for the utility to increase its fixed rates.

Across the country utilities have been requesting fixed rate increases and other changes that make solar installations less viable. Renewable energy advocates say the utilities are trying to protect the traditional model revolving around large centralized power plants and limited distributed generation.

In the majority of cases, according to analysis by The Alliance for Solar Choice, regulators have turned down utilities’ requests and made decisions amenable to the spread of distributed solar. But the Wisconsin Public Service Commission has been an outlier, as experts see it, approving rate cases despite a lack of evidence backing up the utilities’ arguments and in the face of public opposition to the changes.

While renewable energy proponents hope the Minnesota decision could have larger ripple effects in neighboring Wisconsin, Vickerman and others see this as unlikely, given what they describe as the staunchly ideological position of the Public Service Commission.