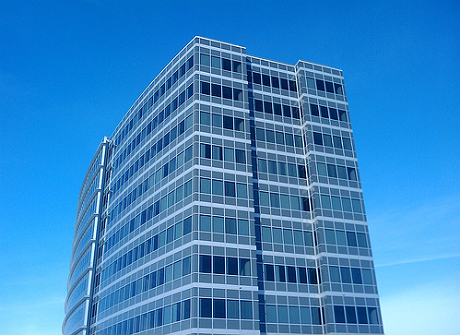 Michigan’s first proposed large-scale community solar program is coming under fire from clean-energy advocates who say it would prevent independent third parties from developing their own programs.

Within the next month, the Michigan Public Service Commission is expected to rule on Consumers Energy’s proposed 10 MW community solar pilot program, which would be the first program of its kind from one of the two major investor-owned utilities here. Smaller-scale projects are underway or in development elsewhere in the state.

But a group of clean-energy advocacy groups have intervened in the case before the MPSC, claiming that Consumers’ proposal would “monopolize” the community solar market, as the utility seeks to prevent independent third parties from developing projects within its service territory.

The utility disputes this point, saying third parties are allowed to develop projects within the program as long as they enter into power-purchase agreements with Consumers.

Further, advocates have raised concerns about the way Consumers has determined a value of solar, a contentious undertaking in other states where utilities and consumer advocates have argued over how much solar users should be compensated for generating the energy. Critics of the plan say Consumers is undervaluing customers’ investments.

The solar coalition — made up of the Environmental Law and Policy Center, the Ecology Center and the Great Lakes Renewable Energy Association — also says the utility is missing opportunities for strategic site planning, which could include contaminated brownfield properties around the state.

“It’s sort of a larger theme as utilities are thinking about different ways to move into the solar market,” he said. “We think having different options for customers, different types of programs other developers can offer, would provide a lot of public benefit. It helps provide accountability about pricing — friendly competition is also good for customers.”

Klein said it’s common in other states to allow for third parties to develop their own community solar projects.

Consumers is proposing a 10 MW community solar program that would be spread out among several facilities, each at 500 kW or more, over the next three years. Full-service customers can subscribe to the pilot program and receive a bill credit in proportion to their contribution for energy, capacity and renewable energy credits produced at a facility.

A 1 MW facility is expected to cost between $2 million and $3 million without an investment tax credit, according to the MPSC. To recoup the costs, subscribers would pay between $30 and $43 a month per share, while the projects would be paid for upfront through the utility’s renewable energy plan as a cost of compliance and will not affect ratepayer surcharges. Each share is a half-kilowatt.

Community solar is beneficial for allowing a variety of customers to participate, including renters and others who would not be able to install solar panels on their home. Consumers’ project is in addition to its net-metering and EARP solar programs for rooftop installations.

The plan was developed as a result of a months-long solar working group process headed by the MPSC. DTE Energy, which also participated in the group, is “evaluating our community solar program options and may file a program design in the future,” a company spokesperson said in an email.

Leading up to the MPSC’s final ruling, commission staff has recommended approval of the pilot project with two amendments that seek to reduce costs for subscribers.

The role of third parties

Nancy Popa, Consumers’ director of renewable resources and distributed generation, argued that third-party developers will still play a role as part of the program. The way the program is proposed, she said, either Consumers or a third party will develop a facility and go through a power-purchase agreement with the utility.

“I think there’s this desire [from others] to allow anyone to provide solar energy to our customers,” she said. “We believe if someone wants to be an alternative energy supplier of electricity, they need to meet the requirements of PA 295. … I would disagree that we will not allow third parties to develop community solar.”

The utility also said in its latest MPSC filing that allowing independent third parties would expand electric choice: “ELPC’s concept that third parties will construct their own solar generation, for which Consumers Energy’s electric customers will offer unspecified financial compensation in return for bill credits from Consumers Energy, essentially amounts to expansion of Electric Choice under the guise of the Company’s RE Plan.”

Klein called this a “red herring.”

“All we’re saying is that if the company opens a program like this to allow third parties, it is consistent with community solar program in other fully regulated states,” including Minnesota and Colorado, he said.

Moreover, Klein said that expanding participation on the development side could double the program size to 20 MW. Allowing renewable energy credits to come from competitive projects is also consistent with the structure of Michigan’s 2008 renewable energy law, he said.

“There is a lot of interest in community solar in Michigan right now and there is a whole lot of potential,” he said. “By allowing third parties, you infuse a lot of private capital and investment into this space. … Allowing for third parties will grow the market and hold down prices for customers.”

MPSC staff that reviewed the case wrote in a filing that they are “pleased that [Consumers] is using a value of solar concept that accounts for more than just energy and capacity. The value of solar also includes the renewable energy credits that come with the solar energy and the line losses that are avoided by using solar — solar power reduces line loss because solar facilities are located closer to the consumer.”

Popa said Consumers’ value of solar formula represents “some of the latest thinking across the country on a good way to compensate solar generators.

“What we’re trying to achieve is a fair value to pay these customers and make it based on transparent and objective attributes that we can value. Some people, when they think of value of solar, take it much further. They want compensation for societal costs and avoided emissions and things that are quite subjective and no one can really agree on what those things are. We settled on a list of attributes we thought were objective and not subjective. We basically drew the line right where we knew we didn’t have to make judgments on societal benefits.”

However, MPSC staff recommended that Consumers investigate renewable energy credit markets in other states, raising concerns about the value of RECs for the bill credit it would give to subscribers.

“Unfortunately, the REC market in Michigan is not robust or well-developed,” staff wrote. “The higher the REC values, the better, because the more that the Company earns from selling RECs, the more that it can pass on to subscribers.”

Klein argues that determining a value of solar is still up for debate.

“The fundamental problem with Consumers’ recommendation for establishing the value of solar is that it requires a rigorous process with lots of stakeholder input. There are differences in opinion on how to (determine the value of solar) right now,” he said. “Other states that have done it have had an open, transparent, public process to establish that rate. It’s really premature and not in the public interest to establish a value of solar number that way in Michigan.”

“We’re concerned not only about the number for this program, but if this also moves forward as the precedent it could set for other solar programs in Michigan if that became the de facto value of solar number when no public process was involved,” he said.

Douglas Jester, a principal at the Lansing-based consulting firm 5 Lakes Energy, testified in the case in support of essentially treating the solar generation as offsetting the equivalent amount of energy customers consume, or a negative load-based credit.

“That’s an easy, straightforward way to do it,” Klein said.

Consumers, in its response filing, said following Jester’s model is “not practically or technically feasible at the present time, let alone that it essentially results in a subsidy that is funded by all nonparticipating customers.”

Consumers’ pilot program comes as Michigan’s largest municipal utility, the Lansing Board of Water and Light, is developing its own utility-scale 20 MW project within its service area. There is currently just over 20 MW of solar generated throughout the state.

But overall, Klein said that DTE and Consumers have been unnecessarily slow in growing the state’s solar portfolio, particularly with each utility’s rooftop solar programs.

“We’ve been very concerned about the fact that both DTE and Consumers have kept their customer-owned rooftop solar programs at a small pilot size for six years when the market has matured around Michigan and other states,” Klein said. “There are a number of solar issues that really are ripe for continued discussion.”

Popa said that, from the utility’s perspective, the cost of developing solar hasn’t yet been competitive with onshore wind, which makes up the majority of Michigan’s 10 percent renewable portfolio.

“It has not been on the utility’s radar as part of our mix mainly because we want to deliver energy that’s affordable, reliable and can provide renewables at less cost than solar,” she said, adding that the utility’s existing solar programs account for about 12 MW. “I think 12 MW is a good first step given the economics of solar in Michigan.”

To Klein, Consumers’ launching its community solar pilot suggests that it is responding to increasing public interest in solar “in a way that is profitable for them.”

“We support Consumers Energy and we think they should be commended for trying to put together a community solar program, but it is important to get the details right,” Klein said. “It’s really important to make sure the program is fair to customers, especially because it is the first program out of the gate in Michigan.”

The Environmental Law and Policy Center and the Ecology Center are members of RE-AMP, which publishes Midwest Energy News.