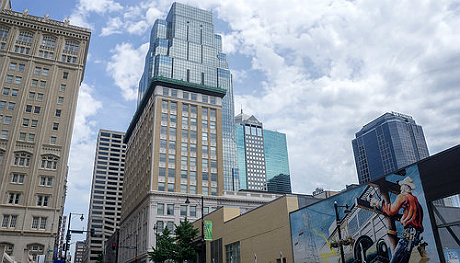 A robust and vocal opposition is expected today at a meeting of a Kansas City, Missouri council committee that will consider an ordinance that would require owners of large buildings to measure and disclose their energy and water use.

Similar laws have passed in about a dozen U.S. cities. Just last week city councils in Atlanta and Portland, Oregon unanimously approved similar legislation, known as benchmarking. The programs are designed to encourage efficiency by giving tenants and buyers a more complete picture of the costs of operating buildings.

A number of property owners in Kansas City have made clear that they believe that being required to measure their energy and water use — and then making the results public — would be a costly intrusion.

“Mandatory benchmarking and public reporting is a bad idea,” wrote Samuel V. Alpert, president of Spectrum Real Estate Services, “and I urge you to consider all the negative consequences this proposal holds for Kansas City.” He sent his thoughts to the city office that has been managing the benchmarking initiative.

The city’s chief environmental officer, Dennis Murphey, attributes many concerns about the ordinance to misperceptions about how it will work.

Last summer, Kansas City Mayor Sly James invited owners of large buildings to report their energy use on a voluntary basis. The response has been lukewarm: about 175 buildings were registered – 60 of them owned by the city government, and 40 belonging to the Kansas City School District, according to Murphey.

Some people in city government have decided it’s time to mandate, and make public, energy record-keeping.

“Experience has shown that a well-operating voluntary program might achieve 20 to 25 percent participation,” Murphey said. “In cities that have ordinances on large buildings, the participation rate ranges from 90 to 95 percent. If we’re going to make meaningful change in the energy consumption of our buildings, we have to substantially reduce the demand on the system.”

The proposed ordinance generally would require annual benchmarking data on buildings that have at least 50,000 square feet, and would include commercial, industrial, institutional and multi-family residential structures, including condominiums. It also would apply to any city-owned building with at least 10,000 square feet in which the city pays utilities.

With readings on the amount of energy and water used in a year, the Environmental Protection Agency’s Energy Star Portfolio Manager would calculate the following:

• site and source energy-use intensity, normalized for local weather so it can be fairly compared nationwide
• greenhouse gas emissions, both direct and indirect
• indoor and outdoor water use
• an overall Energy Star score, based on a 100-point scale

The City of Kansas City has substantially reduced energy use in its buildings over the past 15 years, and wants to see the same happen throughout the community, Murphey said. For example, between 2010 and 2013 the city made enough improvements to City Hall to cut yearly utility costs by $140,000. City Hall now scores a 92 out of the 100 possible Energy Star points.

“No building owner is going to be required to make energy-efficiency improvements to their buildings,” Murphey said. However, he added, some owners may decide they wish to do so.

“Experience has shown that in the 13 cities that have benchmarking ordinances, merely requiring them to benchmark results in energy efficiency improvements,” he said. “They find out how much money they’re wasting on energy bills that is easily remedied. Just the knowledge that results from benchmarking changes behavior.”

New York City and Washington D.C. were the first cities in the country to implement mandatory benchmarking, both starting in 2010. In 2013, Minneapolis and Chicago adopted similar measures. Evanston, Illinois and Madison, Wisconsin are considering similar moves. Columbus, Ohio adopted a voluntary benchmarking law that may become mandatory as of Jan. 1.

Murphey doesn’t expect Kansas City’s ordinance to have a smooth glide to passage. Already, several owners of large buildings have registered their opposition.

In comments submitted to the Kansas City Energy Project, which has managed the voluntary benchmarking program, the Building Owners and Managers Association (BOMA) raised concerns primarily about the potential cost of mandated benchmarking – and other requirements that might follow.

The unsigned letter stated, “It isn’t hard to imagine that adoption of such measures would soon likely result in extraordinary and arbitrary municipal minimum operating standards, far exceeding the intent of any national energy codes updates under regional consideration.”

Mikele Torgler, the vice president of property management for Block Real Estate Services, accused promoters of the ordinance of aiming to “shame” property owners into making expensive energy-efficiency improvements so as to improve their Energy Star score. The city, she suggested, “would be much better served through incentivizing energy efficiency and water conservation.”

Shame is “a possibility,” said Rachel Cluett, a research analyst for the American Council for an Energy-Efficient Economy. But knowing how one’s energy use stacks up against comparable buildings and customers, she said, “can be a great opportunity for that owner to say, ‘What’s going on with my building?’”

Utilities have used the same tactic with residential customers for years. They provide customers with data on their neighbors’ energy use, which in turn often motivates energy-saving behavior.

A number of utilities across the country share with customers data about the energy use of nearby households. The idea is that the information itself — and the ability to compare oneself to others — motivates energy-saving behavior.

“One of the opportunities with getting this out into the market is to incorporate it into the real-estate market,” he said. “So when a building is being rented, or if it’s being sold, that information can be considered by potential buyers. And on the other side, it can be used by the owner of a building to sell a building that is more efficient for a better asking price.”

The issue of cost has been raised frequently by those skeptical of this energy-saving initiative. Murphey estimates that the benchmarking process itself might require between four and 16 hours the first time done, and would probably take no more than six hours in subsequent years.

Most companies probably could train an employee to do it, he said.

Energy-efficiency improvements are another matter, of course. Along with the ordinance requiring benchmarking is a resolution that would require the city manager to provide a report to the mayor and city council outlining currently available and potential additional sources of financing and technical assistance to assist in both benchmarking and making energy efficiency improvements.

Commercial property owners can qualify for a low-cost loan from the PACE program, which just went into effect in Missouri late last year.

Murphey said that local utilities offer rebates to many owners of large buildings. And the resolution indicates that the city would look for other sources of funds and technical assistance.

And in return for the trouble and expense, benchmarking backers claim, building owners would enjoy savings from reduced energy use. Murphey projects that, provided the vast majority of large buildings get on board, all told they could reduce their utility costs by about $50 million per year by 2030.

The Environmental Protection Agency attempted to get a handle on that with a study it did in 2012. It concluded that energy consumption fell by about 7 percent in buildings that were enrolled in benchmarking.

It may not seem a hefty drop, but it doesn’t reflect the full results of benchmarking, said Gupta, who has worked for a couple years with Kansas City on its benchmarking initiative. Quickly, and for little cost, he said, building owners can reduce heating and cooling and lighting when much of a building is empty.

“Those are easy changes to make,” and probably fall within the 7 percent, he said. “From there, there are other improvements owners can make when they thing about how to invest in their property over the long term.”

The American Council for an Energy-Efficient Economy and Natural Resources Defense Council are members of RE-AMP, which publishes Midwest Energy News.