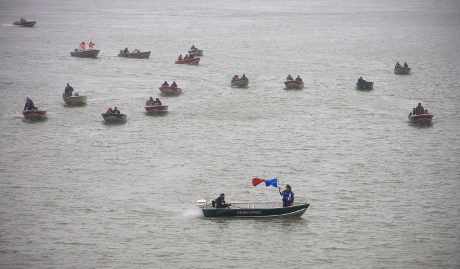 Two representatives of a Manitoba tribe spoke to Minnesota lawmakers this week in opposition to proposed legislation allowing utilities to count new hydropower projects toward meeting their renewable energy goals.

The Minnesota Legislature is deadlocked this week as a Monday deadline looms. Energy issues so far have taken a back seat to discussion over transportation, education, health care and the budget.

Currently, Minnesota does not allow utilities to count hydropower projects of more than 100 megawatts in renewable energy standards’ calculations.

Although the state has seen little hydropower built in recent years, Xcel Energy and Minnesota Power both buy power from Manitoba Hydro, which provides the state with an estimated 11 percent of its electricity.

The House legislation would allow utilities to include in their renewable portfolio energy they purchase from a 695 MW Manitoba Hydro Keeyash project now under construction on the Nelson River.

The Nelson River runs north from Lake Winnipeg to the Hudson Bay through the Pimicikamak Okimawin, a tribal nation of around 8,600 residents.

Darin Paupanakis, secretary to the Pimicikamak Councils, said Minnesota should encourage utilities to explore other ways to meet their renewable standards instead of increasing reliance on hydropower.

Hydropower has a long and difficult history in Manitoba, where it is a huge industry. Manitoba Hydro’s 15 dams produce more than 5,500 MW of power. Many of them have had great impact on First Nation lands.

The tribe did not consent to the construction of hydro projects in its territory, said Paupanakis, which “have turned the environment upside down.”

Flooding from the dams has destroyed islands, uprooted grave sites, eroded shorelines and had a severely negative impact on wildlife, Paupanakis said.

Although Manitoba Hydro promised the dams would provide economic opportunity, little has materialized. Only 53 of the utility’s estimated 6,200 workers are residents of the Pimicikamak area, he said, despite the tribe’s high levels of unemployment and poverty.

“They say hydro is green and renewable, but where I come from it’s gangrene and un-renewable — gangrene because it cuts off the life of the river and its tributaries, leaving them suffocated and destroyed,” he said.

The new Keeyask project can hardly be called renewable because it involves pouring more than a million tons of concrete into the river to create the dam, he said.

Will Braun, director of advocacy for the Pimicikamak Okimawin, said much of Manitoba Hydro’s expansion is predicated on exporting energy to Minnesota, Wisconsin and other Canadian provinces.

Indeed, the company’s website reported that the Keeyask is being built mainly to provide power to three Midwest utilities.

In 2011 the company has sold a 250 MW contract to Minnesota Power and announced a 100 MW sale to Wisconsin Public Service. Xcel Energy also agreed to buy 125 MW from Manitoba Hydro.

Braun said Minnesota Power, in particular, is interested in counting hydro toward the renewable standard. The company wants to move to having a power base of one third renewable, one third coal and one third hydro, he said.

Whether the proposed legislation will impact Minnesota Power’s 15 year integrated resource plan for energy generation — due to the Minnesota Public Utilities Commission later this year — remains to be seen.

The legislation only allows for counting “new” hydropower toward RPS goals, but Braun said the Keeyash is part of an integrated system. “It corrects old damage” done to the river, he said, and should not be considered new.

Frustration levels have run high in the tribe not just over the environmental degradation caused by dams but by high energy prices. Tribal members pay utilities bills of $300 to $800 a month throughout the year, he said.

That issue, combined with the growth of huge hydropower projects, led tribal members to occupy the Jenpeg dam in Manitoba for six weeks last fall. The dam continued to operate throughout the peaceful occupation.

Manitoba’s government agreed to the demand for an apology and Manitoba Hydro said it would explore a revenue-sharing arrangement. During the occupation, the utility’s workers could not leave the facility and no outsiders were allowed to visit the dam, according to news reports.

Manitoba Hydro has agreements with five First Nation tribes and has been building Keeyask in collaboration with four of them. The tribes will have an opportunity to own up to 25 percent of the project.

The Pimicikamak are out of the loop on those agreements. With the occupation, at least, came the prospect for a positive relationship.

“We’re not there yet, we have a lot of work to do to implement agreements and this reconciliation,”  Paupanakis said. “It’s empty until we see results.”