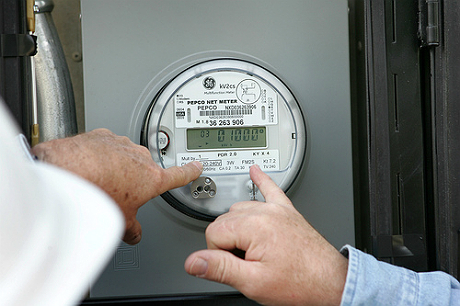 Ohio regulators are considering limitations to the state’s net metering rules that could, if adopted, resolve a challenge filed with the Ohio Supreme Court last summer.

Such changes could please American Electric Power (AEP) and FirstEnergy, who both want to limit amounts paid for electricity they don’t produce but can sell to other customers through the grid.

Net metering provides a way for utility customers to feed electricity they might produce with renewable or advanced energy technologies back into the grid. Under Ohio law, customers are supposed to pay only for their net electricity use and get credit for any excess “identical in rate structure” to whatever they would have paid if they did not produce any electricity on site.

Last summer the Public Utilities Commission of Ohio (PUCO) finalized changes to rules for net metering, and AEP filed an appeal with the Ohio Supreme Court.

Among other things, the new rules would have required utilities to credit or pay customers the full retail price of electricity they provided to the grid, including the capacity portion.

As a result, net metering customers would get about 15 percent more than they now receive. Utilities currently keep that share of the money.

The AEP case is still pending, but the briefing schedule is in limbo now while regulators review the rules again. Toward that end, the PUCO held a workshop in Columbus on May 5.

“The purpose of the workshop is to allow stakeholders to provide input to PUCO staff through an informal process,” PUCO spokesperson Matt Schilling explained. That differs from a formal hearing where everything is filed in the case record, including both oral and written remarks.

The PUCO could still decide to keep the rules as they are. Nonetheless, the agency review process gives the utilities and others a chance to revisit issues that regulators had previously resolved.

Among other things, the utilities want to characterize net metering credits or payments as subsidies.

Among other things, those comments noted that because current flows both into and out of customers’ homes or businesses, they are somehow avoiding the distribution costs for the current that flows out.

“The costs not paid by these customers will be borne by other customers of the Companies without any clear benefits to offset the additional cost burden,” the materials filed by FirstEnergy noted.

However, neither utility quantified what any additional costs would be when the utilities would remain free to resell the electricity for the amount paid for it.

Some advocates say that net metering customers who provide solar energy or other forms of distributed generation to the grid actually provide more value than any incidental costs that might come up.

“Solar producers are actually providing a subsidy for the [utilities]—not the other way around,” said Brian Kunkemoeller of the Sierra Club.

Along those lines, a 2014 report from the Regulatory Assistance Project argued that fair compensation should account for all system benefits from distributed generation.

Those benefits would include not just the retail price of electricity, but also reduced losses in transmission of that energy for resale. That’s because the electricity could come from close by, instead of from a faraway power plant.

At the same time, utilities can resell that electricity without the transmission distribution losses that would be involved with carrying current over longer distances, solar panel owner Tim Niklas said during the 2014 Green Energy Ohio tour.

In theory, then, the utilities and their distribution systems could get a windfall or subsidy from distributed generation.

Because of these and other factors, advocates say any additional charges or burdens on net metering would amount to discrimination, which is expressly forbidden under current Ohio law.

“Assessing discriminatory monthly charges against net metering users will unfairly burden those with the capacity to install net metering systems and greatly inhibit the growth of distributed generation in Ohio,” Trent Dougherty of the Ohio Environmental Council told the PUCO.

Other potential benefits from solar and other distributed generation would include things like reduced demand on other generating plants and a reduction in future capacity needs.

And while net metering customers might not have bid their capacity into the annual PJM auction, the utilities didn’t necessarily bid that capacity or have it clear in the auction either.

Nonetheless, the utilities want to keep any capacity charges associated with the net metered electricity they did not generate.

“The net generation credit should only apply to energy charges and not capacity charges, since the customer-generator only provides energy to the grid,” said AEP spokesperson Terri Flora. “This is now possible since generation charges have been unbundled and rendered competitive.”

At the same time, AEP wants any net metering requirement to apply only to non-shopping customers, “and not to shopping customers who received generation service from competitive providers,” said Flora.

That approach would deprive net metering customers of any ability to shop for more competitive rates.

“Retail choice and net metering do not have to be exclusive customer options, and there is no compelling reason that they should be,” Amy Heart of the Alliance for Solar Choice told the PUCO.

‘It remains to be seen…’

Even if the PUCO decides not to limit net metering, it’s possible that the legislature could step in and act.

“It remains to be seen whether the net-metered price is adequate to cover the utilities’ transmission distribution costs, because they are, after all, maintaining the wires that handle all the traffic—both what’s brought in and brought out,” state Sen. William Seitz (R-Cincinnati) said at an Energy Ohio Network event the day after the PUCO workshop.

“And I’m open-minded about that,” Seitz continued. “If there’s proof one way or the other. I’ll be glad to receive it and to look at it.”

Seitz also referred to comments by DirectEnergy, which is not a utility but a company whose businesses include competitive retail sales of electricity, as well as investment in and ownership of solar energy generation.

At the PUCO workshop, Teresa Ringenbach of DirectEnergy said the company wants flexibility to negotiate rates “based on the value we receive in the market.” Those rates could reflect the time of day when electricity was produced and various other factors, but would not give customers the capacity portion—at least for the time being.

Seitz suggested that utilities should be able to do something along those lines too, in order to “incentivize utilities to help customers.”

For example, utility billing might be used to help customers finance the investment for solar panels or other distributed generation.

“Obviously, we don’t want unscrupulous utilities to take advantage of and pay out less to customers than they are otherwise entitled to,” Seitz said.

The Ohio Environmental Council and Sierra Club are members of RE-AMP, which publishes Midwest Energy News.