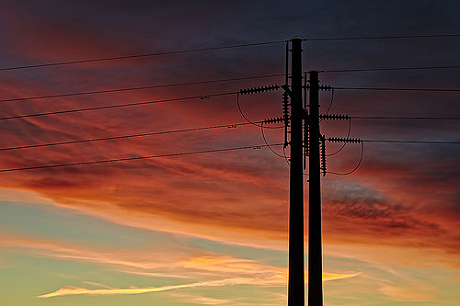 While the Iowa Legislature considers putting greater restrictions on the use of eminent domain, rural advocates in Nebraska are proposing other strategies to help prevent its use in the first place.

By communicating earlier and more transparently, and by bringing free-market principles to the land acquisition process, developers of transmission lines could avoid some of the opposition to their projects that has grown vehement in some cases, says the Center for Rural Affairs (CFRA) in an article recently published in the Journal of Environmental Law and Litigation.

That approach could diminish the use of eminent domain and ease the way for more rapid development of major transmission infrastructure, a prerequisite to more wind and solar energy, which the CFRA supports both for environmental and economic reasons.

“We think any alternative to the status quo should adopt two solutions: to promote greater public involvement in the public process, and to create a way for landowners to share information with each other,” said Johnathan Hladik, a senior policy advocate at the CFRA. “Developers should bring stakeholders into the process a lot earlier, and provide them with a bigger stake in the process.”

The CFRA is a member of RE-AMP, which publishes Midwest Energy News.

Transmission projects can traverse hundreds of miles, bisecting farms and other significant landscape features. At present, two Clean Line Energy Partners projects aimed at moving wind energy eastward are pending before regulators in several Midwestern states. And they have generated plenty of opposition.

A bill now before Iowa’s Senate would restrict developers’ access to eminent domain by, among other things, requiring a developer to obtain at least 75 percent of the needed land through voluntary easements. The bill, which has been approved by committees in both the House and the Senate, also would require a project to obtain the endorsement of the Iowa Economic Development Authority before the Iowa Utilities Board could grant the use of eminent domain.

The current approach to land acquisition for transmission lines, pipelines and the like typically amounts to this: the developer offers a price, and if the landowner rejects it, the developer can use eminent domain to force the landowner to accept the deal.

It’s hardly a free market. But if free-market principles could be brought to bear on the land acquisition process, according to Hladik, it likely would work out better for the landowners – and possibly even for the developers.

In the report, author Brandon Gerstle proposes an approach he calls the Transmission Corridor District. Essentially, it would organize landowners into small groups, each of which would set its own price and terms for the sale of the land held by its members. It would then negotiate with the developer.

Last summer the Center devised another approach to fostering consensus between the parties. The “Special Purpose Development Corporation,” was aimed at giving landowners a higher price for their land. This latest iteration, according to Hladik, aims also to give landowners more influence over the siting of projects.

Because this approach envisions creating many of these landowner groups within a corridor much wider than would be needed for an actual transmission line, the developer likely could choose from among several competing landowner groups to cobble together properties in a way that meets the developer’s needs. Meanwhile, the landowner groups in theory would rein in their asking price because a nearby group of landowners might come in with a lower price.

“It’s no longer one landowner versus the developer,” said Lu Nelson, the Center’s energy and climate program associate. “It’s this idea of collective bargaining. It gives them a better bargaining position. That’s the important quality.”

While landowners would gain some power in the transaction, Hladik said, “There’s a lot more free-market principles here.”

And there are some potential benefits for the developer, he pointed out. Negotiating with groups of 20 or 50 people would be quicker and less costly than negotiating with every landowner along a proposed route, Hladik suggested. And eminent domain proceedings mean paying lawyers, a cost that might be avoided if landowners are happy with the price they’re offered for their land.

As a result of bargaining with groups of landowners within a wide corridor, he said, a transmission line might end up winding along a significantly longer route — a very uneconomical proposition.

Skelly said he wasn’t certain whether the transmission corridor district would, in fact, cut labor costs.

“At the end of the day, you need an agreement with each landowner,” he said. “The biggest consideration for landowners is, ‘Where on my land will it go?’ And the only way to know that is by working directly with the landowner.”

While he is a bit circumspect about the corridor approach, Skelly said that Clean Line is making efforts to better satisfy landowners. To that end, it will make payments to landowners who grant easements to Clean Line for all of the transmission lines it is now developing. The planned compensation includes:

Although Skelly said that there are people who “don’t want a transmission line under any circumstance,” he’s found many rural landowners to be “quite positive” about the planned payments.

“Generally,” he said, “I think this will help in the discussions.”

In its study, the CFRA suggested that discussions also would benefit from better and earlier communication. Transmission developers certainly do inform people along proposed routes of their plans. However, Hladik said, their efforts at outreach often are overlooked and simply aren’t sufficient. Twelve months or so before a utility or independent transmission developer decides on a final route, it typically will send out postcards to people who own land in the proposed path of the project.

“They’ll say, ‘You’re in the study corridor. There will be an open house if you want to learn more.’”

Those notices “usually get thrown out right away,” and the number of warned people attending the meeting is “remarkably, extremely low,” according to Hladik – something averaging 10 percent. Then the months pass, he said, and word spreads.

“I cannot tell you how often I hear, ‘I didn’t know about this until they were on my front porch.’”

It wouldn’t take much for developers to get the word out faster, Hladik said. They could get coverage in local newspapers, send out more mailings, hold more meetings and recruit local supporters to serve as ambassadors, or make a video about the need for transmission, and screen it along the route.

Skelly concurred that “You have to tell them in various ways. If you do mailings, and advertisements and you talk to the local papers and so on, you get a lot of people at those meetings.”

One of the great advantages to airing issues earlier, Hladik said, is that the route could be modified to address peoples’ concerns. Particularly sensitive places could be avoided, if brought to attention soon enough, he said.

Even with a thorough search of public records, Skelly said, “You won’t know that this landowner in this place was thinking of putting an irrigation system over there. The only way to find that out is by getting out and talking to folks.”

Hladik points to the Nebraska Public Power District, the state’s largest utility, as an example.

“They routinely have something like a 98 percent voluntary easement rate,” he said.

The utility recently settled on a transmission route through some of the same terrain where the Keystone XL pipeline was proposed to run, according to Hladik, and the opposition “could have been debilitating. They did outreach to ferret out concerns much earlier than is typical. They were deliberate and conscientious about who they were going to reach out to.”