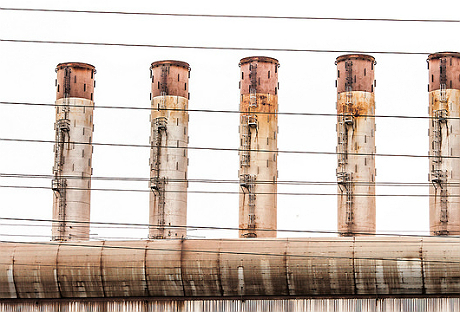 Michigan’s two largest investor-owned utilities are seeking a change in the way electricity rates are set that would effectively raise rates on residential customers and decrease rates for industrial users.

Questions over what the right balance should be — so industrial users aren’t subsidizing residential ratepayers — have been debated for years. But consumer advocates say the proposals would rank Michigan near the top nationally in the rate gap between the two classes.

The Michigan Attorney General’s Office has intervened in the cases before the Michigan Public Service Commission, writing earlier this year that the proposals would result in a “massive shift of costs to residential ratepayers” and calling them “extreme and unsubstantiated.”

“Right now, residential rates are on average 80 percent more than industrial rates. We’re the sixth-highest in the country as far as the gap between those two,” said James Clift, policy director for the Michigan Environmental Council. “If they get everything they want in these cases, our residential rates would be 122 percent greater than industrial rates. That would take us up to the No. 2 slot behind only New York.”

Industrial customers typically pay lower rates than residential ones because they are more energy-intensive users with steady demand, Clift said. Historically, the argument has been that if the rates are the same, then industrial users end up subsidizing residential ones.

But Clift said the proposals before the MPSC would shift rates too far.

An advocacy group for large industrial users says the change is necessary to attract business and prevent further subsidization from happening. The proposals largely mirror findings from a state-led workgroup made up of utilities and energy-intensive industries last year that suggested the change.

“They found that the rate structure in Michigan was actually a detriment to attracting new businesses here to locate and create jobs,” said Robert Strong, an attorney with Clark Hill, which is the general counsel for the Association of Businesses Advocating Tariff Equity, or ABATE. “So they wanted to fix it.”

Strong noted the comparatively high rates in Michigan already, which are proposed to increase even more.

“Consequently, we are sort of behind the eight ball in that we already have high rates and they’re going higher,” he said. “We are at a competitive disadvantage with regulated states and competitive states.”

According to state filings, Consumers argued that residential ratepayers would see a mere 2.5 percent rate increase, which would stay below the national average. But Clift said rates will increase even more based on general rate case proposals accounting for capital expenditures for existing plants.

DTE expects to see an MPSC ruling early next month. Administrative law judges and the Attorney General’s Office have each rejected the proposals in filings with the MPSC.

“The massive shift of costs to residential ratepayers does not come close to supporting affordable and competitive electric rates for all customer classes,” the Attorney General’s Office wrote in response to Consumers Energy’s request. “To the contrary, the Company’s proposal represents an extreme and unsubstantiated shifting of electric rates.”

The debate over setting rate designs to equally benefit all classes of customers plays out in other states, including Minnesota, where an ongoing study called the e21 Initiative is looking at how regulators can best set rates going forward.

The rate-design process is complicated and varies by state and utility. Jim Lazar, a senior advisor with the Regulatory Assistance Project, said in an email: “There are as many ways of doing this as there are analysts doing it. Utilities and industrial customer analysts generally use methodologies at one extreme end of the spectrum of available methods.”

In the cases before the MPSC, the two utilities are looking to change the way rates are set for residential, commercial and industrial users.

That is currently determined by what’s called a “50/25/25 production cost allocator structure.” That means that 50 percent of the cost allocation is based on the percentage of each customer class to overall demand during the highest peak days of the year. For Consumers Energy, that’s on four days of the year; for DTE, it’s 12. The second number is the percentage based on how much energy each customer class uses on those highest-peak days and the third number is the percentage of energy they use in total over the entire year.

Since moving to that formula in 2008, Clift said that has effectively shifted costs to residential users, increasing their rates a total of 10 to 12 percent.

“Once they did that, I think we’re probably in the ballpark now that let’s say no one is subsidizing anyone,” he said.

Strong, of ABATE, disputes this. The utilities want to move to a 100/0/0 formula based on the four highest-peak days, which sets rates solely based on energy demand.

“It’s time to make rates based upon cost of service,” Strong said. “The idea is to recognize what causes utilities to acquire new capacity, and that is the summer peak demand they can provide firm capacity to customers during that period.

“If you’re going to allocate anything on the basis of energy then you have to recognize high load factor users and you should have allocated to them lower fuel costs, and they haven’t done that. The current methodology inherently creates a subsidy that high-load customers are subsidizing, particularly during summer peak hours, to the residential class.”

This is where setting rate design becomes “more of an art than a science,” Clift countered. As Lazar said, questions arise over whether rates should be designed to just recover the cost of service or whether they should include other factors like environmental, social and economic policy.

“I think it is a matter of policy choice,” Strong said. “The evidence would support the change. It’s just whether for political reasons are they going to make the necessary change.”

Earlier this year, the AG’s Office said in a filing that DTE’s proposal would not lower overall costs, but rather shift them from one class to another.

“This does not get down to the root causes of high electric rates in Michigan; the only thing this accomplishes is to unjustly saddle residential customers with even higher electric rates than they already experience,” the brief says. “Simply put, a …100/0/0 production cost allocation methodology would cause improper cross-subsidization between customer classes that strongly favors energy-intensive customers at the expense of other customer classes, particularly residential customers.”

In both cases, the AG’s Office said the utilities did not provide adequate information to justify the rate-design changes. In a filing this month, the office agreed with an administrative law judge’s decision to reject the rate change.

Clift, of MEC, said that a long-term solution to rate design structures would be to switch to time-of-day pricing. He argues that the utilities are at peak demand — or using the top 15 percent of their energy — for only 80 hours (DTE) and 54 hours (Consumers) a year.

“That’s a lot of capacity that doesn’t get used very often,” he said. “We’d be much better off putting in rate designs that have time-of-day pricing to send people a price signal that discourages use during those peak days.”

However, the utilities and MPSC staff are reluctant to make the switch, at least for now, because smart meters have not yet been fully deployed among customers.

“I think it’s too complicated right now to implement,” Strong said. “Not all customers have advanced meters that give real-time data or at least in theory can provide real-time data that allow customers to adjust purchasing habits to price signals they’re getting on a real-time basis. We don’t have the infrastructure that would allow that at this point in time.”

On Friday, Consumers Energy announced that it had deployed 500,000 new smart meters to customers as part of a broader program to update 1.8 million electric meters and 600,000 natural-gas meters. The company expects to reach its goal by the end of 2017.

However, Clift said this is an important transition as Michigan deals with a projected capacity shortfall.

“We showed that if they went to time-of-day pricing, they could expect just out of the residential sector to knock out 1.2 GW of demand,” Clift said. “That’s almost the exact amount of power generated by the nine coal plants closing. We think this is the right thing to do for ratepayers and to not let utilities build themselves out of what we see as a perceived shortage, not a real shortage.”

Correction: An earlier version of this story misstated how long Consumers Energy operates at peak demand. It is 54 hours a year.