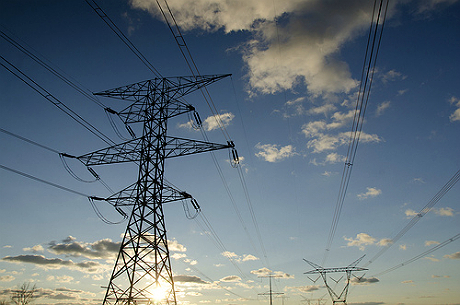 Southern Co. and three Missouri utilities say the operator of the bulk power grid spanning much of the central United States is overcharging them by millions of dollars for electricity moved across Entergy’s Corp.’s transmission grid.

In a formal complaint filed May 20 with federal regulators, Southern said it has paid $8 million more than it should to move power over Entergy’s system since December 2013 because of an unjustified cost shift imposed by the Midcontinent Independent System Operator.

The Missouri utilities similarly said they’ve been improperly overcharged by MISO by millions of dollars for moving power out on Entergy’s system since December 2013, when the Carmel, Indiana-based grid operator assumed operational control as part of its southern expansion.

At stake in the dispute is millions of dollars in past and future transmission costs. But Atlanta-based Southern said how the Federal Energy Regulatory Commission decides the matter will also have energy policy implications related to the ability of Southeast utilities to use wind power from the central Plains to cut emissions.

None of the utilities that filed the complaint is a MISO member. They are MISO neighbors who are charged a “through-and-out” rate for transmission service across Entergy’s system, which is now controlled by MISO.

The utilities said the charges are a violation of MISO’s own tariff, as well as previous FERC orders, and represent “an immediate, massive and unlawful increase” in transmission rates.

MISO has yet to respond to the May 20 complaint. But the grid operator points out that the issue raised in the filing is hardly a new one. In fact, FERC itself initiated a review of MISO’s regional through-and-out rates more than a year ago that was part of broader settlement discussions among numerous parties.

Just last week, a FERC settlement judge issued an order that said parties in the case weren’t making progress resolving the issue, meaning it would likely go to a hearing. The complaint was filed immediately after that order.

“We are reviewing the legal arguments and plan on responding prior to June 9,” MISO spokesman Andy Schonert said in a statement.

Wind’s road to the South

The complaint comes as Southern is being pressed by environmental groups to add more wind to its generation portfolio as prices decline.

While Southern’s existing power purchase agreements were projected to be economic for the life of the 20-year power supply contracts, the increase in MISO transmission costs make it less likely it will enter similar deals in the future.

In the complaint, Southern and the Missouri utilities say MISO’s footprint, which stretches from the Gulf Coast to Canada, represents a “continental divide” separating the central Plains and the Southeast.

And if transmission rates being charged by MISO are allowed to remain, “the delivered cost of western wind energy will remain extremely difficult to cost-justify, denying Southern Cos. and their customers economic access to important alternative supply-side resources.”

Southern’s largest utility, Georgia Power, recently told state utility regulators that its review of wind projects from which it could buy electricity are either too risky, uneconomical or unrealistic (EnergyWire, March 4). And Southern CEO Tom Fanning said Wednesday that he doesn’t consider the Southeast as a climate that supports widespread wind development, even with advances in the technology.

For the Missouri utilities involved in the complaint, the issue isn’t access to affordable wind power. It’s delivery of baseload coal- and natural gas-fired electricity under long-term agreements.

The increase in costs also has the attention of the Missouri Public Service Commission, which filed comments related to the investigation initiated by FERC last year.

The PSC has already said it supports the position that regional through-and-out rates being charged by MISO is unreasonable and supports grandfathering prior Entergy transmission service agreements.

“On an annual basis, over $9 million of costs will ultimately be borne by Missouri utilities, a significant amount of which will be passed onto Missouri ratepayers,” the PSC said in the March 2014 filing. “These additional costs … come with no additional benefits or services.”