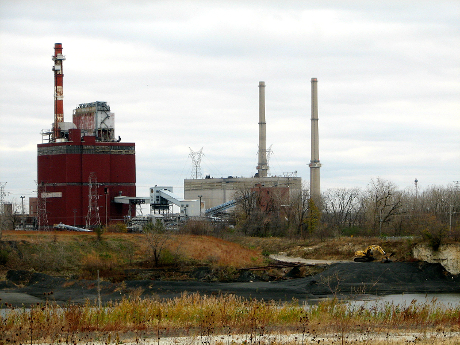 In comments filed June 1, NRG Energy argued before the Illinois Pollution Control Board that “certain industrial facilities” would close under the board’s proposal to impose stricter temperature limits on a Chicago-area waterway system. NRG owns two coal plants that discharge into these waterways, part of the fleet the company purchased from Midwest Generation last year.

On June 4, the Illinois Pollution Control Board adopted the new temperature limits and gave companies three years to comply, denying NRG’s request to extend the timeline to six years. NRG has said the Joliet and Will County coal plants about 40 miles southwest of Chicago “would not be able to comply” with the new standards within three years.

In its comments NRG said it needed the six years to request variances and allow ensuing legal challenges and U.S. Environmental Protection Agency review to play out.

Environmental groups have long argued that – like the Fisk and Crawford plants in Chicago that closed in 2012 – the other former Midwest Generation plants are likely to shut down soon. In that case the owner would not plan to make any major investments, and would try to delay compliance requirements to keep running the plants as long as possible before shutting down.

NRG spokesman Dave Gaier declined to answer specific questions about the plants’ future or what compliance with the temperature limits might entail. He said the company would need to do studies to figure out how to proceed.

The rule-making process regarding water temperature and quality in the Chicago Sanitary and Ship Canal, Lower Des Plaines River and related waterways has been going on for eight years, with the U.S. Environmental Protection Agency, Illinois EPA, various companies and environmental groups and hundreds of citizens weighing in.

The temperature limits are part of a larger process, overseen by the U.S. EPA, to improve the water quality of Chicago-area waterways and make more stretches suitable for “primary contact” and a wider range of uses including fishing, boating and paddling.

The Pollution Control Board ordered the waterways meet requirements for “general use,” a stricter standard than is currently in place for those areas. That designation requires that facilities along the water don’t raise the temperature more than five degrees above “natural” temperatures. And it requires that temperatures vary seasonally to mimic natural fluctuations, since fish and other organisms’ reproductive and life cycles are triggered by temperature changes.

To comply with the limits, NRG needs to do an “aquatic life study” that Gaier said could take more than two years to complete. In its comments – filed in the name of its subsidiary Midwest Generation LLC – NRG said the warm-weather part of the study cannot be done until summer 2016.

“After conducting the study, if any action is required at the plants, the compliance strategy, engineering and construction phases can also take several years,” said Gaier, who declined to comment further. “For those reasons, a three-year implementation timeline is very tight and NRG had asked for a long implementation period that fully reflects the complexities of changing regulations for these complex industrial facilities.

“Having said that, these types of regulations are part of doing business, and we do understand that.”

ExxonMobil, which has an oil refinery along the Chicago Sanitary and Ship Canal, told the Pollution Control Board it supports the new limits and timeline. But, ExxonMobil argued, the coal plants’ heating of water and the uncertainty over what NRG will do make it difficult for the oil refinery to come up with a compliance plan of its own.

If NRG is granted a variance from the limits and allowed to keep releasing water hotter than the limits, ExxonMobil will be forced to put more stringent controls on its discharges, the company noted.

Sierra Club Illinois Beyond Coal representative Christine Nannicelli said environmentalists are disappointed that NRG has not been more amenable to upgrading the cooling system and making other improvements, given that the New Jersey-based company bills itself as a leader on clean and sustainable energy.

“These plants discharge millions of gallons back into the river at temperatures over 100 degrees, which is very disruptive and dangerous for aquatic ecosystems,” Nannicelli said. “This has been eight years in the making, there have been a number of compromises along the way, and this was an 11th hour request by NRG to put an even longer timeline on the compliance process.”

The pollution control board notes in its order that the three-year deadline and the new temperature limits are a compromise, as the board had originally given the plants 18 months to comply and had proposed even stricter limits on temperature.

Groups involved in the rule-making have complained that “backroom” changes were negotiated with NRG, without allowing a fair chance for the public to comment.

In comments to the pollution control board, environmental groups criticized NRG for “attempting a second bite at the apple, requesting even more changes to the temperature rules” than Midwest Generation had sought. When the board proposed 18 months to comply with the limits, Midwest Generation had requested three years.

The new limits still need to be approved by the Joint Council on Administrative Rules, a body made up of state legislators which could make its decision next week. Environmentalists said they hope the council adopts the rules and is not influenced by industry pressure.

“These new thermal standards have been in the works for many years,” said Jessica Dexter, a staff attorney at the Environmental Law & Policy Center (ELPC). “We would like to see the PCB’s compromise make it to the final rule, as well as ensuring the thermal standards are properly implemented.”

The Sierra Club and ELPC are members of RE-AMP, which publishes Midwest Energy News.