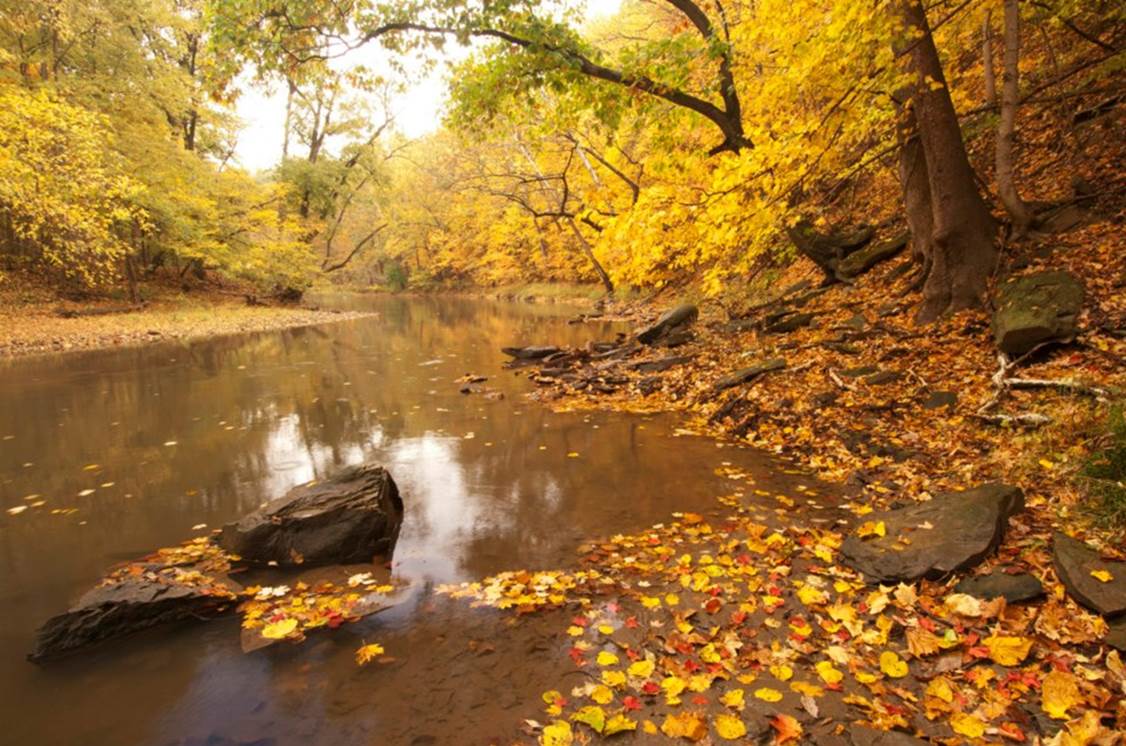 The Salt Fork of the Vermilion River, near the proposed Bulldog Mine.

After more than five years, a proposed coal mine in central Illinois remains in a holding pattern, but landowners opposed to the project have not let their guard down.

Sunrise Coal is still working to acquire the two permits it needs to operate its proposed underground Bulldog Mine, a 23,000-acre project in Vermilion County. A handful of landowner and environmental groups — led by Stand up To Coal and Prairie Rivers Network – are actively opposing the project.

But nothing can happen until Sunrise Coal answers 62 questions from the Illinois Department of Natural Resources (DNR).

The department asked these questions on March 20 as a result of the original permit application for mining and reclamation planning that Sunrise Coal submitted. Sunrise has until March 20 of next year to answer the questions. Then, officials with the DNR will either ask for more clarification or grant or reject Sunrise’s permit application.

Meanwhile, the farmers and activists opposed to the mine vow to continue their efforts to keep it from opening.

“We are still actively watching this proposal,” said Tyler Rotche, Prairie Rivers Network water policy specialist. “We are supporting Stand up to Coal and the farmers and landowners who are opposed to this mine. We are keeping track of the process and noting some of the insufficiencies in the materials that Sunrise is submitting.”

Sunrise also needs a permit from the Illinois Environmental Protection Agency (IEPA) to allow it to discharge water from the proposed mine. The IEPA released a draft permit on March 27. A public hearing is scheduled for August 12 in Sidell, Ill.

Rotche said members of the Prairie Rivers Network and other mine opponents will attend in force.

Despite the opposition, Sunrise Coal still plans to begin construction on the Bulldog Mine in late 2015 or in 2016.

“As has been reported, we are in the process of acquiring our permits,” said Suzanne Jaworowski, director of communications and government affairs for the Terre Haute, Indiana-based company. “I don’t have an update or a timeline for you.”

Debate over the Bulldog Mine goes back to 2009, when leasing agents from Sunrise Coal began soliciting mineral leases from residents. In 2010 residents opposed to the plan formed Stand Up to Coal, a grassroots association of landowners, farmers and other locals.

Members of Stand Up to Coal voiced several concerns during public hearings on the Bulldog Mine. Some worried that coal mining would damage their land and pollute their water supplies. Others wondered how Sunrise would transport the coal from its mine and how many waste pits would operate onsite.

“This mine will take more than 400 acres of prime farmland out of service forever,” said Terri Treacy, Springfield representative of the Illinois chapter of the Sierra Club. “That land will never go back to farmland. It will be ruined forever. That really speaks to farmers.”

Treacy said that residents are worried about everything from dust and noise to an increase in truck traffic, especially since the mine is located near a school.

Officials from Sunrise say that the mine will be an economic boon to the region. In fall 2012 the company released an economic impact study of the mine produced by Northern Illinois University. It said the mine would provide 300 permanent jobs with an average salary of $76,000, and that the mine would generate $10.5 million in state and local taxes each year.

Rotche said that the long list of questions is evidence that that Bulldog Mine is far from a sure thing.

“Here we are six years after the first proposal and we still have all these questions unanswered,” Rotche said. “I can’t speak for Sunrise Coal, but some of these questions are significant. There are still questions on how the company is going to get coal off the site and water to it. Those are both practical questions that could prevent them from mining altogether. The fact that these questions remain unanswered is notable.”

The DNR also said that Sunrise’s plan to restore the land after mining operations are done is “vague and quite general.” The department asked Sunrise to provide a detailed timetable listing the anticipated completion dates for each major step in its plans to return the land to its former state once mining is done.

The DNR also noted that Sunrise does not clearly state whether it will use surface blasting to build intake and return air shafts during mine development, and asked for clarification.

The department also questioned the impact that the mine might have on water sources. It asked Sunrise to provide additional information on the presence or absence of natural springs in or adjacent to the proposed mine location.

Despite these questions, Treacy advises community residents not to get overconfident that their protests will keep Sunrise officials from opening the Bulldog Mine.

She said its possible Sunrise officials will decide to withdraw their permit application on their own – perhaps because of falling coal prices, or that residents’ concerns will result in changes that lessen the impact of the mine.

“We usually don’t see permits denied based on the concerns of the community members,” Treacy said. “If residents are concerned about dust, the Department of Natural Resources might tell the mining company to find a way to make less dust. It is tough to convince the department to deny most permits. But we do the best we can to make every permit as good as it can be. That is one thing that we hopefully can do.”

Dan Rafter is an Illinois-based freelance writer with more than 20 years of journalism experience. He’s covered environmental, technology and business stories for dozens of trade and consumer publications. He can be reached at danrafter@sbcglobal.net.

The Prairie Rivers Network and the Sierra Club are members of RE-AMP, which also publishes Midwest Energy News.