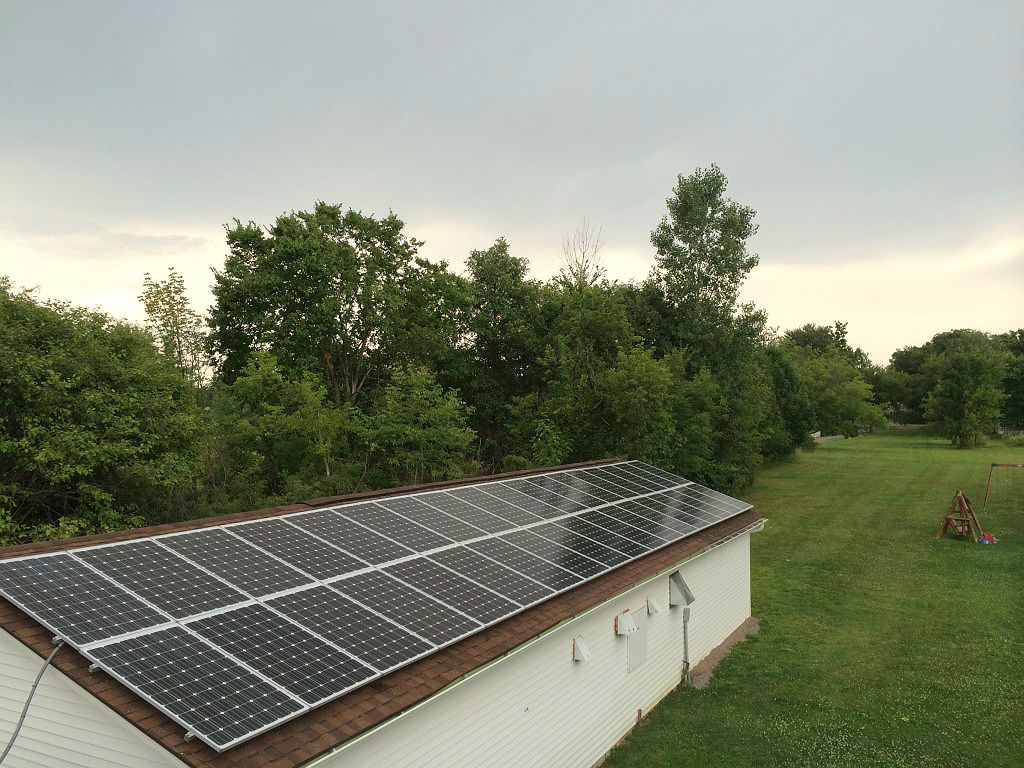 Solar power installers in Michigan had a bigger headache than the constant rain that has fallen on the Great Lakes State this spring: navigating permitting amid a patchwork of local rules and regulations.

“While a jurisdiction next door can be a piece of cake, the one down the road can be very difficult to work in.”

It’s an issue nationwide. Last fall, the Los Angeles Department of Building and Safety office revised its permitting, and Chicago has also made efforts on this front. But generally municipalities have done little to address the issue.

Consumers across the country can turn to the National Solar Permitting Database, a free, online database that was developed by Clean Power Finance and supported by a Department of Energy grant. This database can simplify the process, but it still leaves a lot of legwork up to the consumer.

That’s where GreenLancer, a Detroit-based company started in 2011, comes in.

GreenLancer has developed its own standardized template and workflow that can cut through bureaucratic red tape and help solar installers get the necessary permits more smoothly and easily.

To date GreenLancer has provided its services to installers in 32 states and six countries, but much of its business is still centered around the Great Lakes region. GreenLancer works with clients ranging from homeowners to major corporations and the U.S. government.

The company has worked on more than 4,000 projects nationwide since 2011 and its past clients have included the U.S. Department of Defense, General Motors and Occidental Oil. GreenLancer previously provided its services as a subcontractor to solar installers on commercial projects, but it has since moved almost exclusively to the residential side of the business.

“The entire country has 18,000 different jurisdictions, so that means 18,000 different organizations that have their own rules and regulations” for solar installations, said GreenLancer co-founder and executive vice president Michael Sharber.

“For installers we’re able to to reduce overhead and speed up the project’s cycle, which in turn lowers the cost.”

This past February GreenLancer doubled its team, while it also realigned its executive leadership. Zac MacVoy, who has a strong background in manufacturing and with the lighting industry, joined the company as CEO.

GreenLancer secured $5 million in a Series B round of investment from a syndicate of new and returning investors, and the company announced that it plans to use the money to speed its growth. From 2013 to 2014, the company saw its revenue quadruple while it nearly tripled its customer base.

The company’s future growth and prospects lie in how it could further streamline the installation process for renewable energy companies by offering an in-house feasibility study, concept design, permit drawing and permitting service. The goal of this platform is to allow contractors to manage projects, get quotes and even order services.

GreenLancer helps produce high-quality solar design documents, with each one broken down into a series of steps – complete with instructions, resources and quality checks. These steps are further “crowdsourced” to a network of qualified freelance green energy designers and engineers.

These “greenlancers” create solar system designs that are posted online, where solar contractors can access them. These designs are meant to help contractors and solar panel installers streamline the design and permitting process. It can be particularly useful in cases where contractors haven’t worked in a community previously.

The company says this is a scalable solution that allows customers to get high quality designs more quickly and cost-effectively than if they worked through traditional in-house design departments or conventional brick-and-mortar design firms.

Enlisting GreenLancer costs a homeowner about $350 from the feasibility study to the permitting process.

The work begins with an aerial image of the home, often from online satellite imagery. That helps determine if a homeowner has enough roof space to fit enough panels to make the job worthwhile. Other considerations include whether there are electrical towers or trees casting shade on the roof, and which direction the house faces.

In cases where the house faces the wrong direction – north instead of south – GreenLancer can provide alternative solutions.

“Some people might put it on their garage instead,” said Sharber. “We are seeing that some farmers are putting solar panels on the ground in the field, where you can make them face any direction you like. Typically we deal in roof-mounted systems, but there are options.”

Then GreenLancer provides a concept design with a basic system size, performance measurements and the output of electricity that the system can produce.

“System design and permitting is a huge headache,” said Joseph Nagle, owner of Strawberry Solar, noting that GreenLancer takes this part of the process off his hands. “I don’t want to worry about doing designs; I want to focus on selling and installing solar.”

After the concept design, GreenLancer provides permit drawings, which Sharber maintained is the “most critical part of the process. If you don’t have permit drawing you simply can’t move forward with the installation.”

These drawings, which are essentially blueprints for the installation, are submitted to a homeowner’s city building department, which approves the project for installation. After the drawings are approved, GreenLancer can help contractors obtain the permit so that the job can begin.

“We are here so the installer doesn’t have to do this on their own,” said Sharber. “We are finding that installers can spend about half the time on a project just coming up with designs and pulling permits.”

A boon for the Midwest

Though GreenLancer works nationwide, its services may be especially useful in the Midwest, which trails other parts of the country when it comes to financing options for solar panels.

“Most [Midwest] home owners can’t pay cash,” said Sharber. “There aren’t as many financing options in the Midwest as there are in more saturated markets like Hawaii or California.”

As of 2014 less than one percent of Michigan’s renewable energy came from solar power. Even so, many homeowners throughout Michigan are now opting for solar panels, and GreenLancer has provided feasibility studies for more than a dozen Michigan clients in the last three years.

GreenLancer now hopes to see that number increase, including by offering their services in more rural areas.

Peter Suciu is a Michigan-based freelance writer who has covered business and technology for numerous publications. He can be reached at petersuciu@gmail.com.