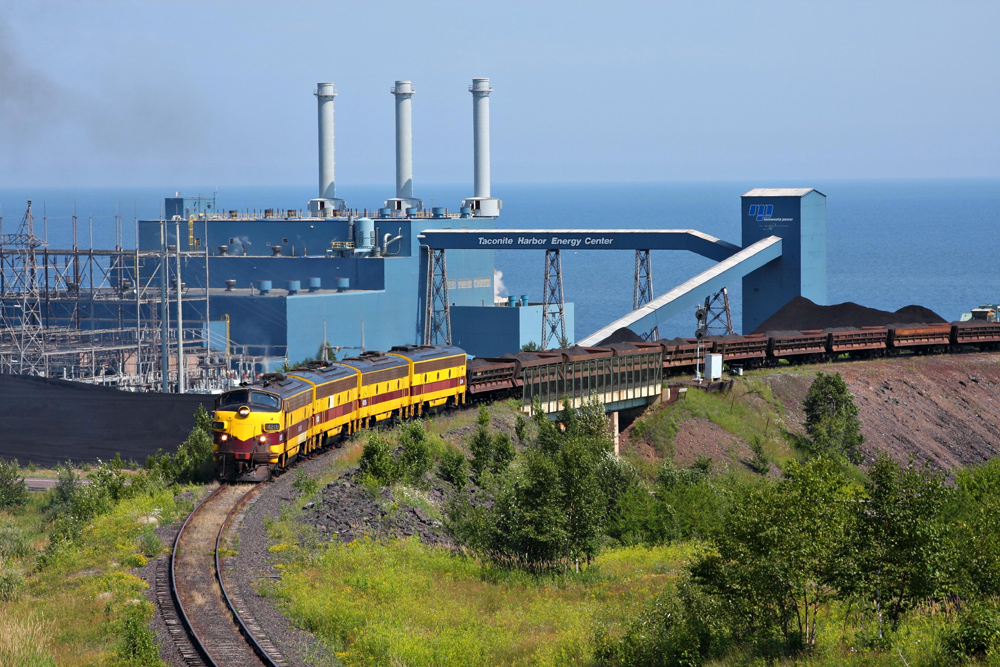 A Minnesota utility announced Thursday it will close two coal-fired generators at a plant on Lake Superior by next fall as part of an plan to substantially reduce its reliance on coal.

Minnesota Power will idle the Units 1 and 2 at Taconite Harbor in Schroeder next year as it begins a process of reducing coal-based generation while moving toward more natural gas and renewables. Unit 3 was retired in May.

The announcement comes ahead of Minnesota Power’s September filing of a required “integrated resource plan” that utilities have to periodically submit for approval to the Minnesota Public Utilities Commission.

The plans offer a 15-year forecast of a utility’s generation mix, which in the case of Minnesota Power will be dramatically different than in past decades.

The utility currently generates 75 percent of its power from coal and 25 percent from renewables, said Al Rudeck, vice president of strategy and planning. That will change over the next 15 years to a third coal, a third natural gas and the rest renewables, he said.

“It’s a balanced portfolio of energy sources” that will reduce carbon-based emissions, Rudeck said. “We think it’s the best plan, and the most affordable plan, for our customers.”

Minnesota Power, which has 143,000 residential and business customers, will reduce carbon emissions by 20 percent by 2020 and 30 percent by 2025, according to a press release describing the 15 year “Energy Forward” plan.

The carbon reduction will come in part from Taconite Harbor’s closure, the addition of 200 to 300 megawatts of natural gas, more solar generation and a continued focus on energy conservation.

The utility also has significant investment in wind, with 625 MW in the energy pipeline, and some hydro purchased from Manitoba Hydro.

The Sierra Club’s Beyond Coal campaign manager Michelle Rosier said Minnesota Power “should be applauded, this is a step in the right direction. We’ve been concerned that the EnergyFoward had goals, but not how they would achieve them. This shows how they might begin to achieve them. It’s the right decision for Minnesotans.”

Fresh Energy science policy director J. Drake Hamilton said the Taconite Harbor’s closure “is a critical step for Minnesota. These were polluting old units. It is great news for the health of Minnesotans.”

The Taconite Harbor plant had been at the center of a dispute over an outdated permit for sulfur dioxide (SO2) emissions that was brought to the attention of the Minnesota Pollution Control Agency by the Sierra Club, Fresh Energy and the Minnesota Center For Environmental Advocacy. The three groups are all members of RE-AMP, which publishes Midwest Energy News.

A settlement had been reached among those parties, the agency and Minnesota Power. The decision to close Taconite Harbor had nothing to do with the controversy and the company always had been in full compliance with the permit, Rudeck claimed.

However, Hamilton said the results of modeling by the company released this week as part of the settlement showed air pollution might continue to be a problem at the plant.

The modeling showed “potential ongoing air pollution concerns that would not be resolved,” she said. “I think this decision (the Taconite Harbor closure) is related to that finding.”

While the Taconite Harbor plant will not produce coal-based electricity again, it could be repurposed for natural gas or biomass, Rudeck said. The company will be speaking to local stakeholders in the future about using the current plant’s infrastructure for natural gas, biomass or some other cleaner generation source.

Minnesota Power has retrofitted coal plants in the past, he said. The Laskin Energy Center in Hoyt Lakes was converted to natural gas and Hibbard Renewable Energy Center now produces steam from biomass for NewPage Corp. in Duluth.

Amy Rutledge, spokeswoman for the utility, said just a few years ago 95 percent of the electricity generated by the utility came from coal burning plants. “Some folks may say we’re not moving fast enough but this is a thoughtful, balanced, nuanced approach that is in the best interest of our customers,” she said.

Yet both Rosier and Hamilton expressed concerns about the aging Boswell Energy Center in Cohasset. Its continued operation should be open for debate, especially as costs plummet for wind and, especially, solar, Rosier said.

Hamilton said the utility is “still a long way from the [three-way] split” between coal, natural gas and renewable energy. Minnesota Power’s initial goal of getting to 50 percent coal by 2025 could be problematic without looking again at Boswell’s operations, she suggested.

The plant has two units built in the 1950s and ’60s, a third that opened in 1973 and a fourth which began operation in 1980. The company’s EnergyForward plan points out a project is underway to reduce mercury emissions by 90 percent in Clay Boswell’s Unit 4, the company’s largest generating unit.

With the plant closing comes the loss of jobs for 42 employees, said Rutledge. Some may be reassigned to other positions in the company.