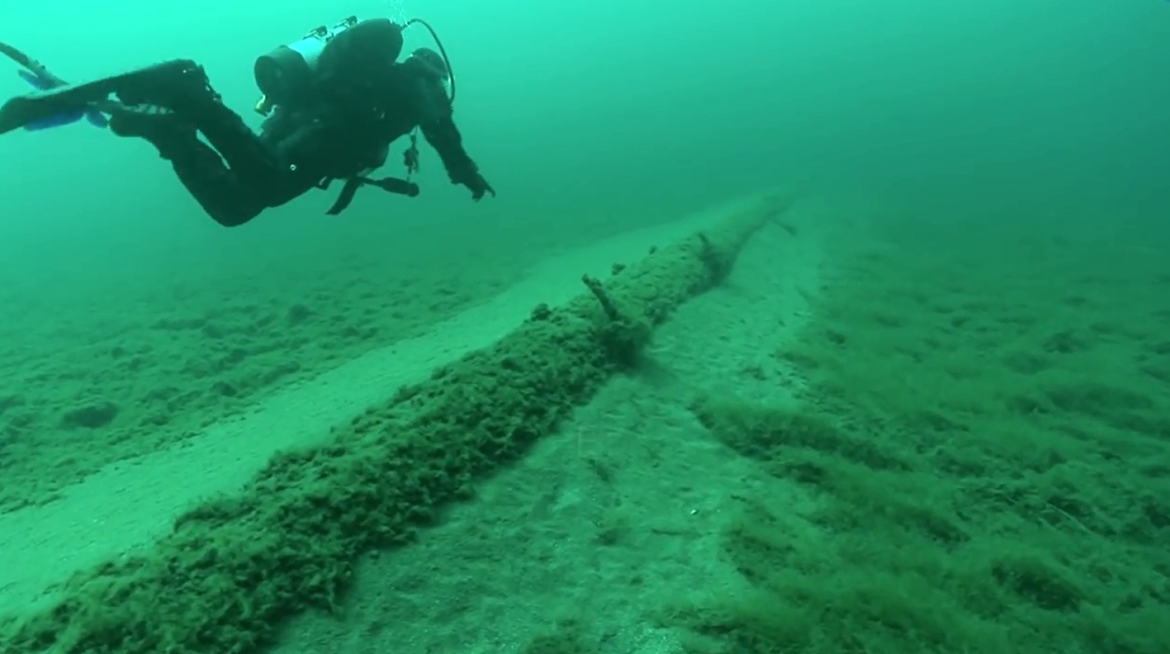 This story has been updated with comments from Enbridge.

Top Michigan officials announced Tuesday that the state would not call on Enbridge Inc. to shut down a controversial oil pipeline that runs along the floor of the Great Lakes.

However, in light of recent calls for greater oversight and shutting down the pipeline, Michigan Attorney General Bill Schuette suggested that the line may have a limited lifespan anyway.

Schuette and Dan Wyant, director of the Michigan Department of Environmental Quality, unveiled a set of recommendations for the pipeline along the Straits of Mackinac as well as for pipelines throughout the state.

The Michigan Petroleum Pipeline Task Force report — a year in the making that involved several industry and environmental stakeholder groups — does not call for closing the pipeline as some groups are seeking, but brings “aggressive, tough and fair” long- and short-term solutions for pipeline safety in Michigan, Schuette said.

“We have a massive responsibility as stewards of the Great Lakes,” Schuette told reporters Tuesday in Lansing. “Our Great Lakes heritage is a big deal.”

Rather than immediately closing Line 5, Schuette said it would be prudent to limit its use to light oil and natural-gas liquids given increased North American energy production and until Line 5 is retired.

Schuette could not give a specific timeframe of when it might shut down, but he said alternatives should be studied, as “you would not build a Straits pipeline in this decade. I’m doubtful it will be open in future decades. … Its days are numbered, its duration is limited in my opinion.”

In a statement, an Enbridge spokesman Michael Barnes said: “We have a vigorous inspection plan to ensure that the pipeline is safe. Our focus is on the continuous safe and reliable operations of Line 5.”

Barnes added that the company is still reviewing the recommendations.

The report lists 13 recommendations to improve pipeline safety and transparency in Michigan. Five of those apply directly to Enbridge and its Line 5 connecting the Upper and Lower Peninsulas.

Specifically, the report calls for an immediate ban of transporting heavy crude oil and tar sands from Alberta, Canada through Line 5, even though the company has not done so since the pipeline opened 62 years ago. Barnes said there has never been “prior, current or future plans to move heavy crudes through Line 5.”

The report also mandates full insurance coverage of the pipeline, requires Enbridge to disclose safety inspections on the pipeline and creates a public advisory committee on pipeline safety.

For pipelines throughout the state, the report calls for coordinating the mapping of existing pipelines among state agencies, enhanced emergency planning and training, better collaboration with federal regulators, more robust civil penalties if accidents occur and creating a permanent Petroleum Pipeline Information website.

Officials say the report is the result of heightened scrutiny towards oil transportation following the largest inland oil spill in U.S. history that took place on another Enbridge pipeline in Michigan in 2010, as well as an increase in domestic oil production.

“Pipelines will be an issue in Michigan — we want to be proactive,” Wyant said. “The reason we didn’t call for closing it is because we’re very dependent on petroleum.”

The report’s recommendations will require action from Gov. Rick Snyder, state agencies and the legislature.

The recommendations also come at a time when Enbridge and other industry groups are backing legislative Republican plans to limit the amount of information on pipelines available to the public.

In May, Republicans introduced a bill calling for a broad exemption of information about pipelines from open-records laws. Supporters say it’s important for national security. That bill is still in committee.

Schuette, a Republican in his second term as attorney general who is rumored to be interested in a governor’s bid in 2018, said he does not support the bill as originally introduced.

Wyant said his department, which also did not support the Republican plan as drafted, said it is working with the governor’s office to “strike a balance” between national security and proprietary concerns versus transparency and the public’s right to know.

Some environmental groups responded Tuesday by calling the recommendations a good start in improving pipeline safety transparency, while others are renewing calls to shut down Line 5.

“The report creates a framework for a broader conversation about options for transporting fossil fuels in environmentally, socially, and economically responsible ways throughout Michigan and the Great Lakes region,” Mike Shriberg, regional executive director of the National Wildlife Federation’s Great Lakes Regional Center, said in a statement. “It’s now up Gov. Rick Snyder, Attorney General Bill Schuette, and the Michigan Legislature to prioritize addressing this threat to the Great Lakes and our way of life.

“This study sets the stage for the only acceptable outcome: That this pipeline be removed from the Straits of Mackinac.”

The Michigan Environmental Council said the report includes the “right ideas” for improving pipeline safety in Michigan, “That said, we need immediate action focused on eliminating this threat, because no amount of preparation would be adequate to prevent utter disaster if Line 5 fails,” MEC president Chris Kolb said in a statement.

“Twenty-three million gallons of oil pass through the Straits of Mackinac in these aging pipelines every day, so we need to see a strong sense of urgency from state leaders to put these good ideas into action.”

However, the Sierra Club said the report is simply renewing the group’s call to shut down Line 5 permanently.

“If you believe these existing pipelines pose an immediate threat to the Great Lakes — and we do — the task force recommendations amount to a rearranging of deck chairs on Michigan’s Titanic of oil pipelines, only worse: the threat of Enbridge’s pipelines through the Straits are there for all to see,” David Holtz, chair of the Michigan chapter of the Sierra Club, said in a statement. “What is needed — and needed now — is to shut down Line 5.”

When pressed on whether he thought the line is currently safe, Schuette said: “Michigan is safer now” because of the recommendations. “The pipeline is safer today because of these rules.”