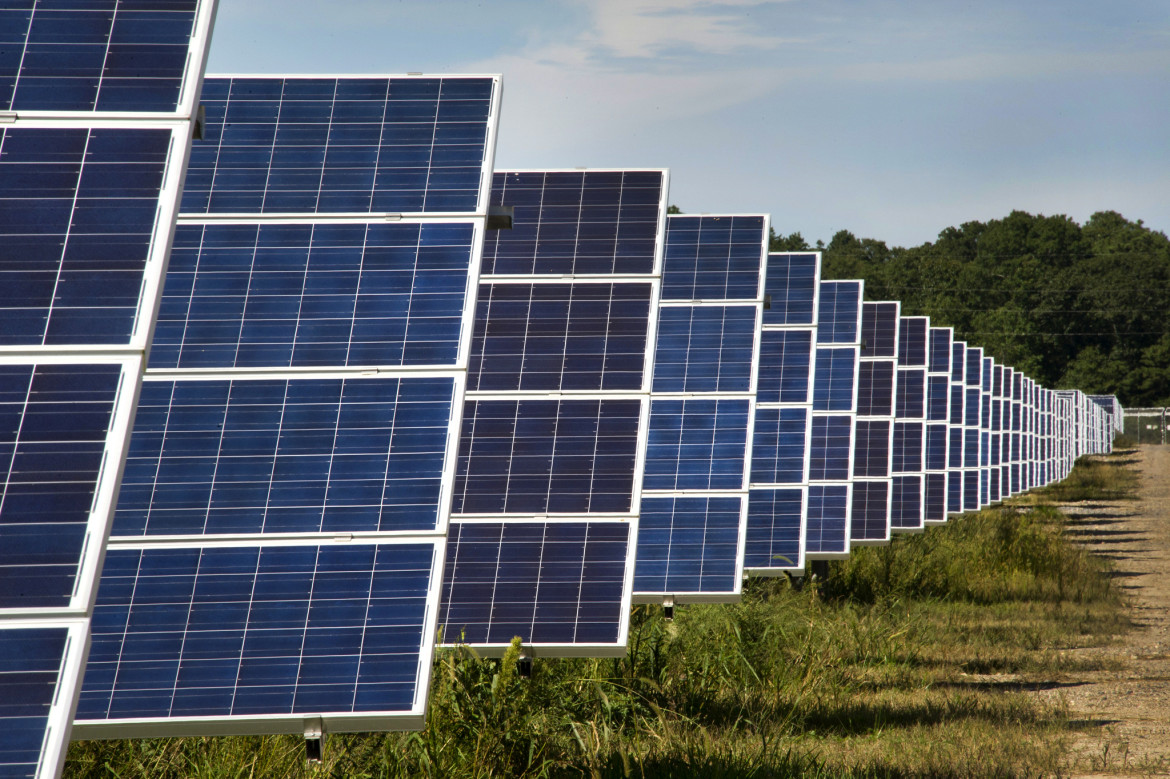 John Farrell directs the Energy Self-Reliant States and Communities program at the Institute for Local Self-Reliance.

A new report released this week asserts that utility-scale solar is much more economical than small-scale solar. The clear implication is that we should let incumbent utilities build or buy solar from large-scale arrays instead of allowing customers to generate their own power.

There are several reasons to seriously question the mistaken assertion that big solar is better.

First, this study is funded, in part, by the Edison Electric Institute. The Institute is the for-profit utility trade group whose 2013 report on “disruptive challenges” suggests, among other things, that utilities have to fight back against distributed solar energy as a revenue threat. Their members include many utilities proposing or implementing higher charges on their customers to make small solar less economical. In other words, the sponsors of this study have a financial interest in slowing the growth of small scale solar.

Second, the report is prepared for First Solar, a Walmart-family supported solar developer who views rooftop solar as a competitive threat to their utility-scale solar business. In other words, the study was commissioned by a company whose financial interest is in reducing competition from small scale solar.

In theory, we could find objective study results despite biased funders, but you won’t find them here. Let’s talk about a few of the titanic omissions in a fair comparison of large and small scale solar.

Utility-scale solar and residential solar aren’t comparable on a levelized cost basis, because only one delivers power at the point of use (residential solar). Utility-scale solar has to get to customers, and that getting requires access to (and often construction of) high-voltage transmission infrastructure that is not only controversial, but expensive.  The following chart, based on Clean Coalition analysis in 2011, shows that transmission costs for large-scale solar projects can outweigh economies of scale from being big. Cost can be higher, but value is lower for solar energy from centralized solar arrays. For example, numerous studies on the value of solar energy (and one state law) illustrate the particular grid benefits of distributed solar that utility-scale doesn’t provide, including: reduced line losses, deferred distribution system maintenance, avoided transmission capital expense, and increased resiliency. It’s not just a theory, it’s an industry practice. When Geronimo Energy pitched Xcel Energy on 100 megawatts of new solar capacity in Minnesota, they promised to build it in 2-10 megawatt chunks that the company asserts “will deliver many benefits, including a reduction in line loss, elimination of transmission costs, and geographic diversification of generation assets.” The following chart, illustrating Minnesota’s value of solar formula, illustrates particular values that only apply to distributed solar like that on residential rooftops. Distributed solar also has substantial economic benefits, of interest to electric customers if not their monopoly utilities. For example, a megawatt of solar that is locally owned rather than utility owned means as much as $5.7 million in lifetime economic benefits for a community. And the dramatic rise in residential and commercial rooftop solar arrays suggests electric customers see a clear economic opportunity in generating their own power.

It’s tempting to accept the assertion that bigger is better, especially for environmentalists seeking the most rapid transition to clean energy. But the truth is that distributed solar competes on cost and value, and it’s a faster way to a cleaner power sector. Look no further than world-leader Germany, where more than 25% of annual electricity production comes from renewable energy, 7% from solar alone. The vast majority of German solar arrays (70%) are 500 kilowatts or smaller (less than the size of an IKEA rooftop). In contrast, the splashy 550-megawatt Topaz Solar Array took seven years to develop and construct, during which time over 8,000 megawatts of distributed residential and commercial solar were installed in the U.S. Don’t forget that, like Germany, thousands of these distributed solar arrays are locally owned, widely distributing the economic benefits of the clean energy transformation.

The issue of economic benefits may be the central point. Utility scale solar safely fits within the antiquated 20th century centralized, monopoly model of electricity delivery, insulating these for-profit utilities from innovative customer-centered distributed power. In fact, a late 2014 study highlighted that net metering of distributed solar is a minor threat to ratepayers, but a much more significant threat to utility shareholders.

There’s nothing wrong with building utility-scale solar. But let’s be clear: it’s neither the most economic nor fastest way to green the electricity sector, and it cements centralized control of electricity system in an era of widespread decentralized innovation. And that may be too high a price to pay.

This article originally posted at ilsr.org. For timely updates, follow John Farrell on Twitter or get the Democratic Energy weekly update.